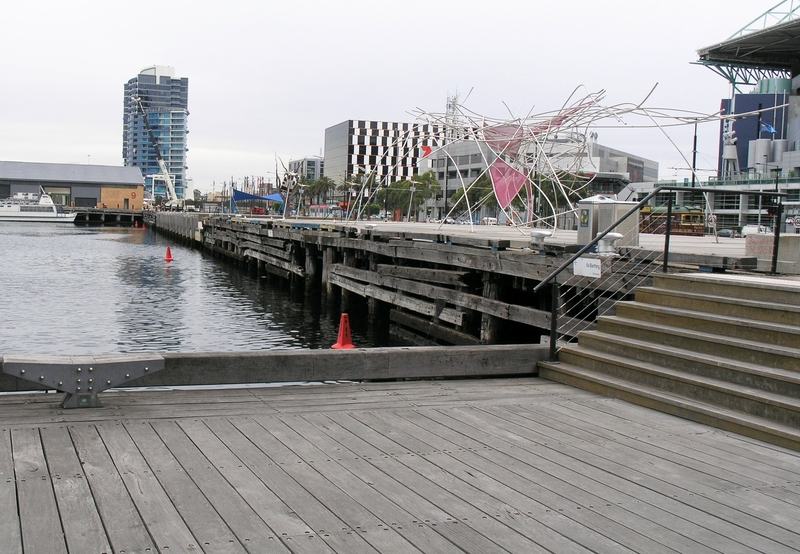 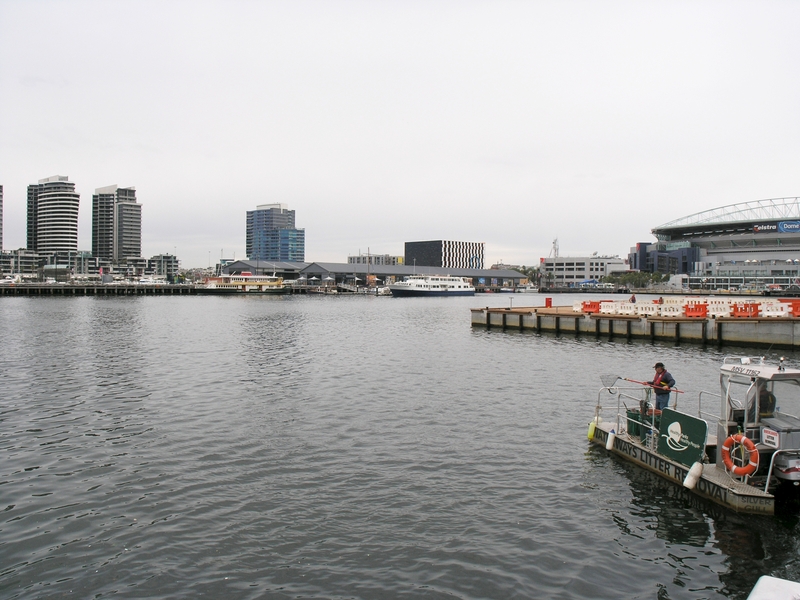 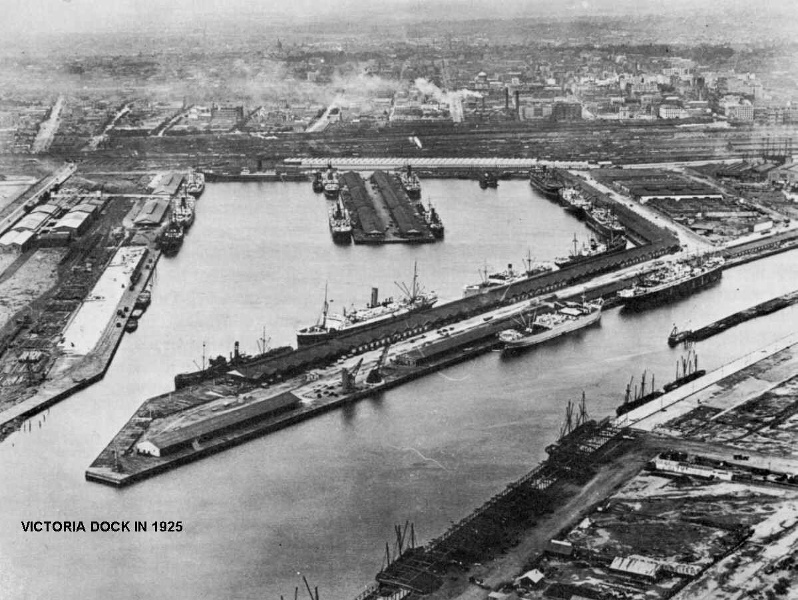 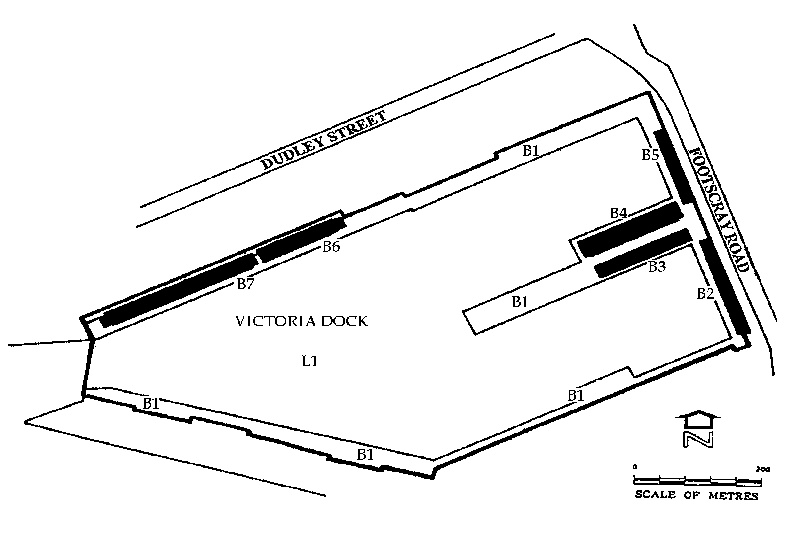 What is significant?
Victoria Dock is a 37.6 hectare (96 acre) water basin constructed between 1887 and 1892 to accommodate large ships of the time. Designed by the British engineer, Sir John Coode and modified by Melbourne Harbor Trust Engineer Joseph Brady, the dock was constructed by excavation works to the West Melbourne wetlands. The dock is between 8.5 and 9.5m deep and is bordered on four sides by linear wharfage. Entrance to the wharf is gained at the western end and the mouth to the dock is 61 metres wide. The wharves once provided 21 berths (now substantially reduced) and it has a central pier constructed in 1919 and extending from the middle of the north-eastern section. The wharves were originally constructed using timber pilings, although some sections now also employ concrete. While all the cranes have now been removed from the site, the crane rails remain on the wharf apron at berths 19-21. At the time of its opening in 1892, Victoria Dock was the second largest single dock in the world and by 1950 it was handling over two millions tons of cargo annually; in the mid 1980s this figure had increased to 20 million revenue tons annually. The dock features several large cargo sheds, the earliest of which date from 1913.

Victoria Dock is of historical, scientific (technical) and architectural significance to the State of Victoria.

Victoria Dock is of outstanding historical and scientific (technical) importance as the oldest, large, single dock remaining in the world. Victoria Dock is scientifically (technically) significant as the first artificial basin constructed in Victoria, breaking with the British tradition of small dock design and, through its scale, allowing the largest vessels then in service to be handled close to Melbourne. The simple linear wharfage at Victoria Dock was revolutionary, pre-empting similar British designs by at least two decades.

Victoria Dock is historically significant for its associations with renowned British engineer Sir John Coode whose original concept involved construction of three small docks with wharfs supported by concrete and masonry pilings. The dock is also historically important for its associations with Joseph Brady, resident engineer with the Melbourne Harbor Trust, who successfully recommended alterations to Coode's original design converting it into one
single large dock which used Australian timbers for pilings rather than concrete and masonry. The dock is historically important as a testament to the skills of Coode and the vision of Brady.

Victoria Dock is of architectural and historical significance for its intact cargo sheds at Berth 8 (1913), the oldest and most intact shed in the Port of Melbourne and the prototype for the construction of later cargo sheds at Victoria Dock, and at Berth 15 (1913) which survives as a substantially intact open and closed shed. Both sheds at Berths 8 and 15 are historically and scientifically (technically) important for their ability to demonstrate cargo handling practices once common to the whole of the Melbourne wharves. The sheds at berths 9 and 14 are architecturally, historically and scientifically (technically) significant as the first sheds at Victoria Dock to be re-designed to accommodate mechanical handling equipment (1942). Despite the loss of the cargo cranes, Berths 19-21 with their railway tracks, sheds and Telford bluestone pitching are historically and scientifically (technically) significant for their ability to demonstrate typical ship to shore cargo handling practices of the 20th century.

Victoria Dock is historically significant for its associations with the Melbourne Harbor Trust which had a vital role in Victoria's trade and transport history. The construction of the dock symbolised the success of the Harbor Trust over other bodies in the State with vested interests in ports. The dock is historically significant as the main port facility through which general cargo was shipped and handled for Victoria from 1924 to 1970.
Show more
Show less
All information on this page is maintained by Heritage Victoria. Click below for their website and contact details.