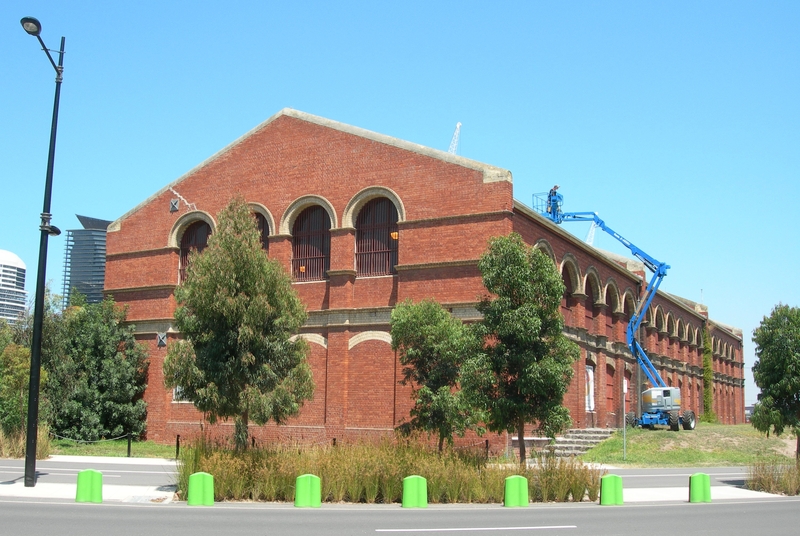 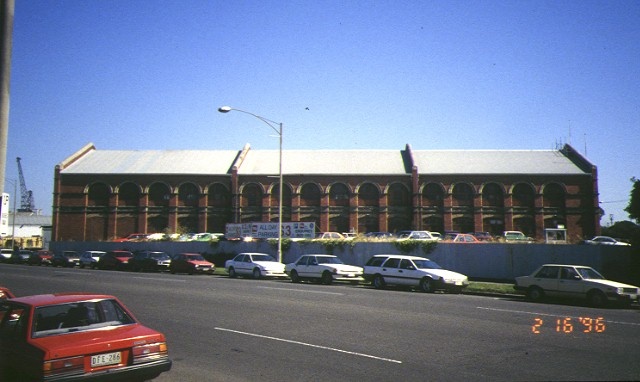 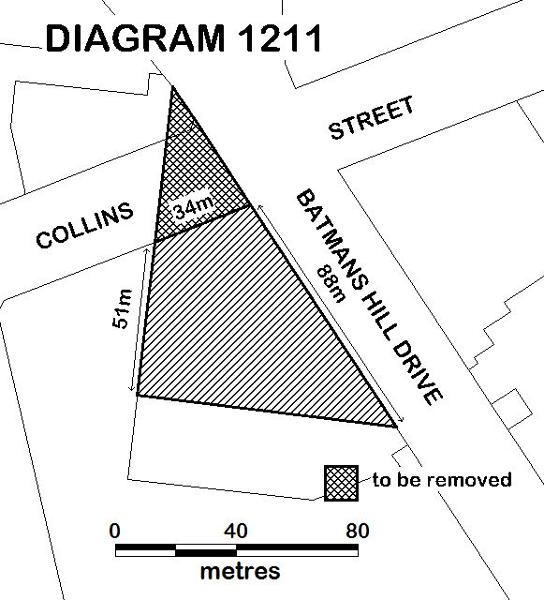 The Queen's Warehouse was constructed in 1889-90 to the design of Victorian Public Works Architect AJ Macdonald. The foundations were laid by Turnbull Bros and the superstructure was built by James H C Sutherland. It is a two storey, brick, arcaded warehouse. The building is supported on timber pilings and bearers on which the brick strip foundations are laid. Each bay of the building features an inverted relieving arch. A concrete and timber upper floor is supported on corrugated iron jack arches and cast iron columns. The warehouse was initially built as a Customs bonded store for seized goods and as such was transferred to the Commonwealth in 1901. Between 1908 and 1924 it was Australia's first postage stamp and bank note printing works. In 1995 the Commonwealth agreed to hand over the building to the State of Victoria for a nominal sum to become the home of a historic car museum.

The Queen's Warehouse is of architectural and historical significance to the State of Victoria.

The Queen's Warehouse is of architectural significance as an essentially intact and finely executed major work of the important Public Works Department architect, A J Macdonald who produced many innovative designs for Public buildings and was chosen by Walter Burley Griffin as his assistant in 1913-1914. It is an early example of the unadorned, brick arcaded warehouses that dominated this building type over the subsequent three decades. It is also architecturally significant for its unusual substructure: the large brick warehouse sits on timber pilings and bearers, a response to a difficult and formerly swampy site.

The Queen's Warehouse is of historical significance for its century-long involvement with the customs services of Victoria and the Commonwealth. Its siting between the river, the Spencer Street rail yards and Victoria Dock is indicative of this important function. The warehouse's substantial size reflects the growth of the port of Melbourne at the end of the 19th century, when Melbourne was a prosperous and expanding colony.

The Queen's Warehouse is of historical significance as the place where, in 1913, the first Australian bank notes and the first of the Kangaroo series of stamps were printed.

The Queen's Warehouse is of historical significance as a major warehouse facility supporting Australia's involvement in WW2 and the post-war occupation of Japan. Under the Department of Supply and Development, the warehouse performed the vital role of the goods distribution point for wharf and rail during the war. From 1946 to 1951 it served as the canteen store for the British Commonwealth Occupation Force in Japan, the supply of which force was conducted out of Australia.