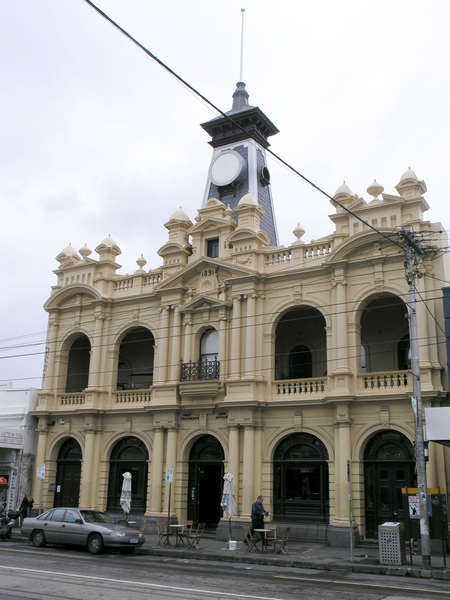 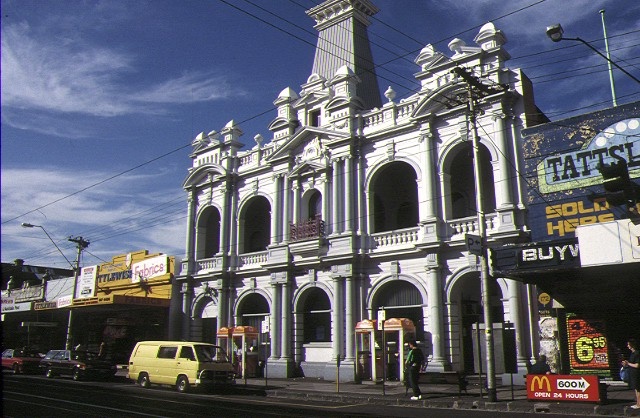 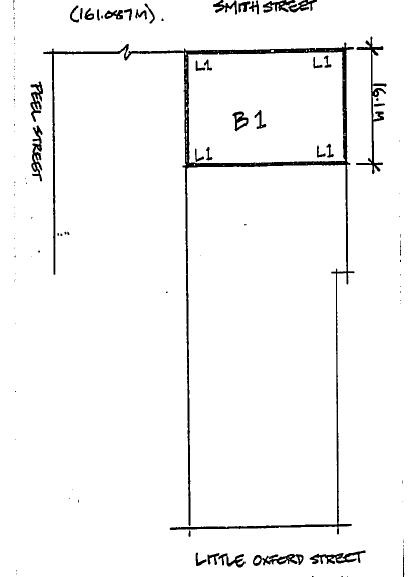 The former Collingwood Post Office was established at 174-180 Smith Street in 1868 having been relocated from its previous location on the north side of Peel Street. The 2.5 metre deep facade designed by John Marsden of the Public Works Department, was added to the building in 1892.

The former Post Office facade, which comprises a deep recessed loggia with central Mansardesque tower, is a well designed example of the Victorian mannerist style. The facade arranges conventional tectonic elements in an unusual and playful manner.

The addition of 1892 is also an early example of Accadism; the balance of the building, to the rear of the facade is of relatively less significance.

The elaborate design of the Collingwood post office demonstrates the efforts and eventual success of the Smith Street traders in their battle to establish their pre-eminence over those of Wellington Street.