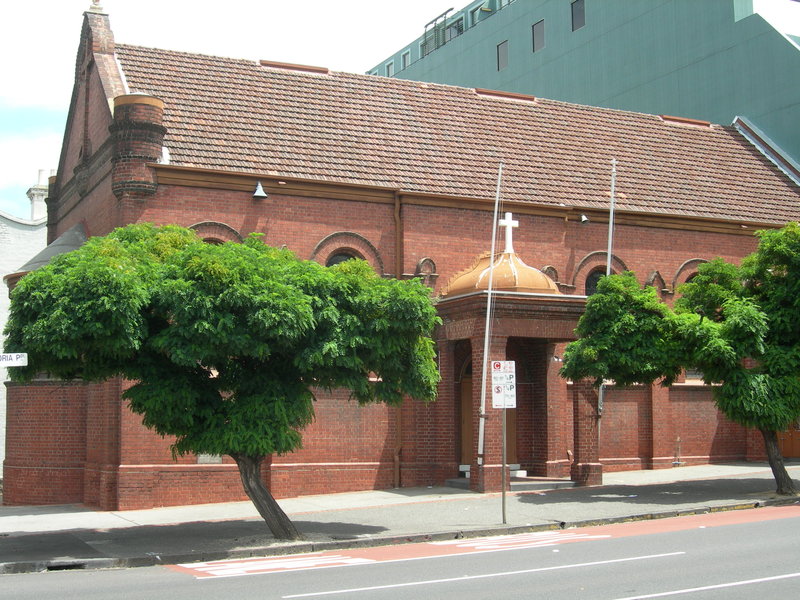 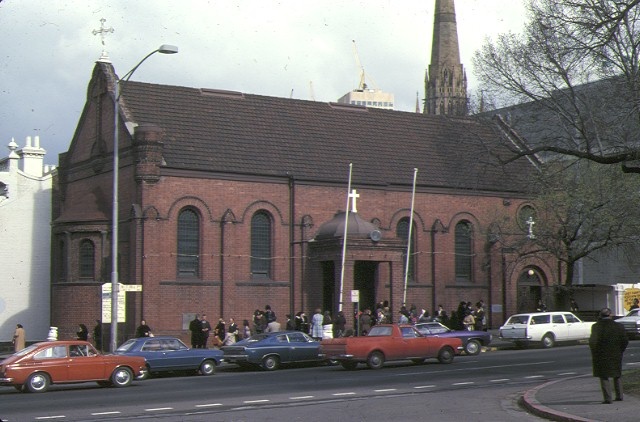 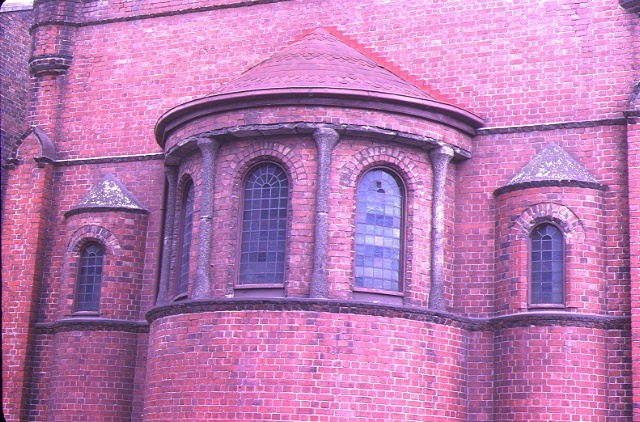 The Church of the Holy Annunciation was built by N Longstaff in 1901 to a design by noted architects Inskip & Butler. The design is drawn from French and German Medieval sources and presents a simple brick and terracotta design. The Church of the Holy Annunciation comprises a nave, three semi-circular apses and a later side porch added in 1936. The roof is of terracotta tiles. The addition of round forms and subtle textures through rusticated brickwork and basalt columns on the semi-circular apse add articulation to the design. The omission of the central tower with octagonal drum and large onion dome, as well as smaller onion domes to each of the four corners and the simplification of the entrance porch are all changes from the original scheme. The Greek Orthodox faith is clearly represented by the Greek Cross set in the clover-profiled gable.

The Church of the Holy Annunciation is of architectural and historical significance to the State of Victoria.

The Church of the Holy Annunciation is of architectural significance for its association with the architects Inskip and Butler. They were especially well known for their ecclesiastical work and Butler was renowned for his use of Medieval and Picturesque forms and was associated with William Morris.

The triple apse motif at the east end and the unusual brickwork of the surmounting gable are distinctive architectural elements in a design that, unusually for the State of Victoria, draws on French and German medieval sources.

The Church of the Holy Annunciation is of historical significance as the first purpose-built Greek Orthodox Church in Victoria and for its long and continuous association with the Greek community in Melbourne.