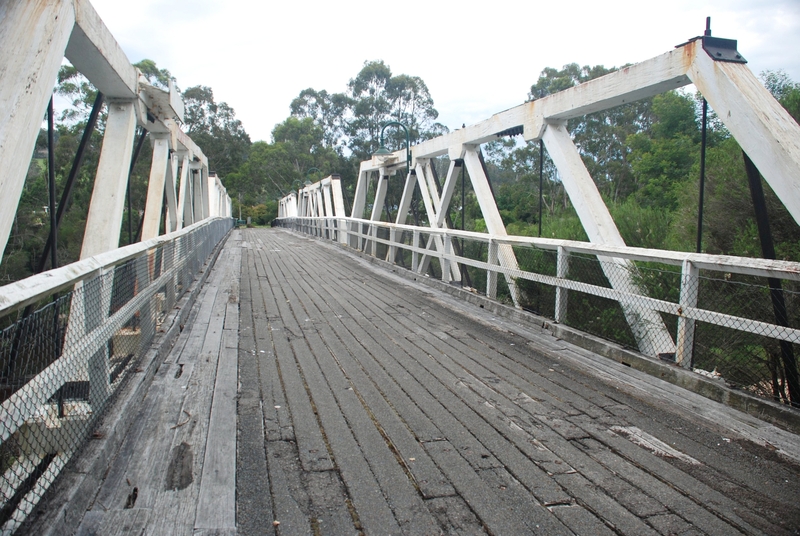 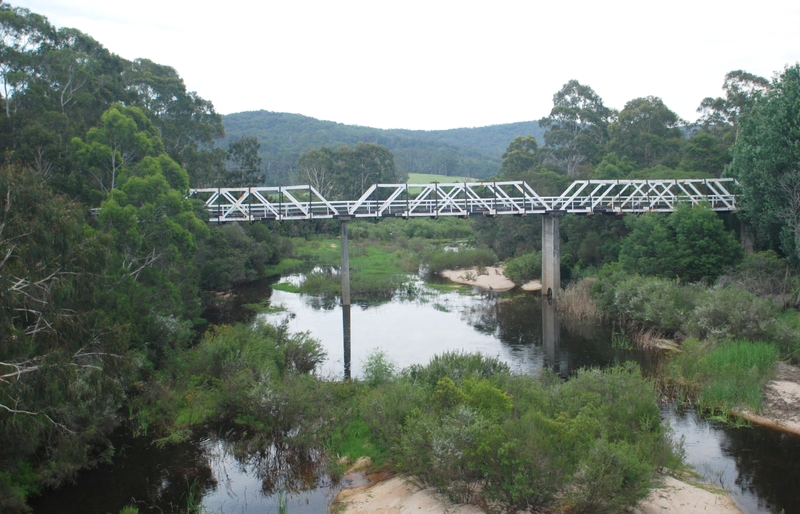 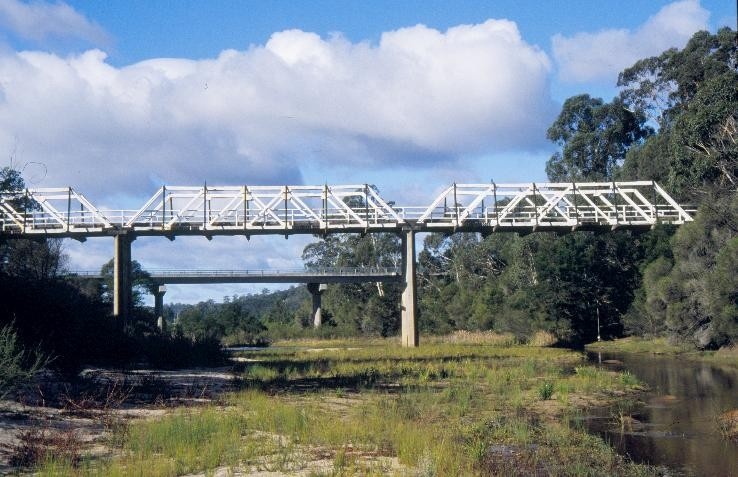 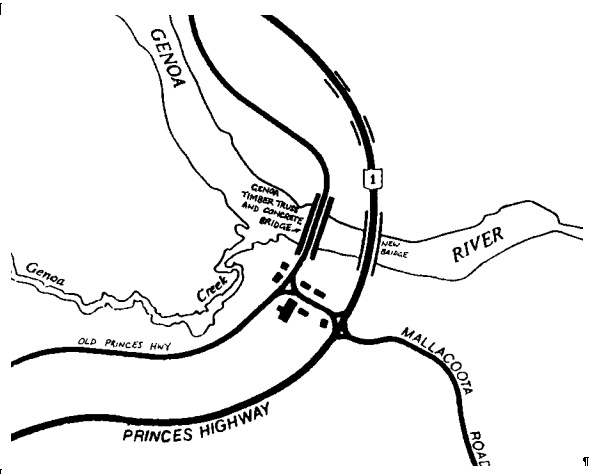 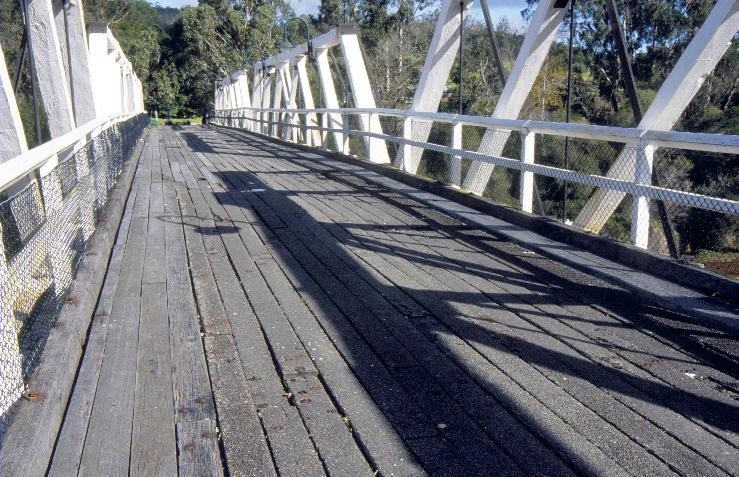 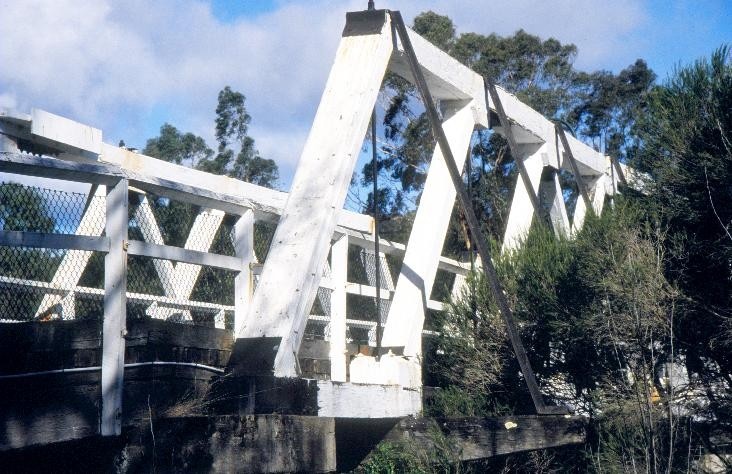 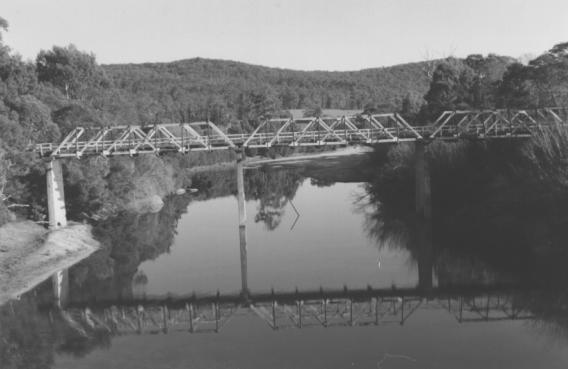 Please note, this place was impacted by the 2019/20 bushfires.

The 100 metre long timber truss and concrete bridge over the Genoa River at Genoa is a parallel girder truss bridge with a hybrid structure comprised of reinforced concrete piers, timber superstructure and timber piled abutments. The bridge was built between 1926 and 1928 by contractor JT Noble Anderson to a design by the Country Roads Board. It was opened in 1928 by Mr Albert (later Sir Albert) Eli Lind who was the local member of the Victorian parliament. Alterations to the bridge have included a realignment of the timber decking of the bridge from transverse to longitudinal and the introduction of some steel supports for the decking. In 1989 the bridge was replaced by a new set of structures 130 metres downstream.

The Genoa River Timber Truss and Concrete Bridge is of scientific (technological), architectural and historical importance to the State of Victoria.

The timber truss and concrete bridge over the Genoa River at Genoa is of scientific (technological) and architectural importance as an unusual, large and early example of hybrid concrete and timber bridge construction. The bridge is of historical significance as a crucially important link in the Princes Highway route from Melbourne to Sydney. It was the third bridge on this site and its hybrid design is historically important as a manifestation of the rising importance of motorised traffic in the 1920s which necessitated the added strength of concrete in the substructure; the retention of a timber superstructure reflects the traditions of timber bridge building in remote localities.