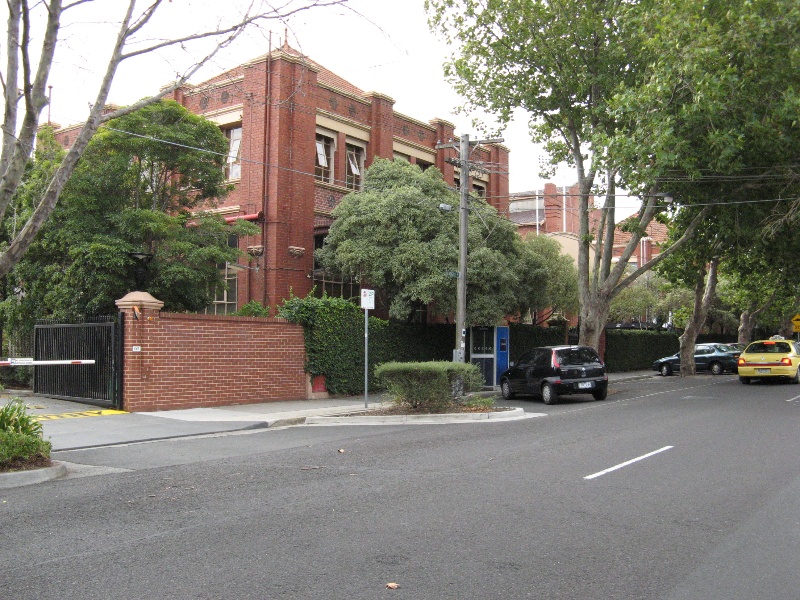 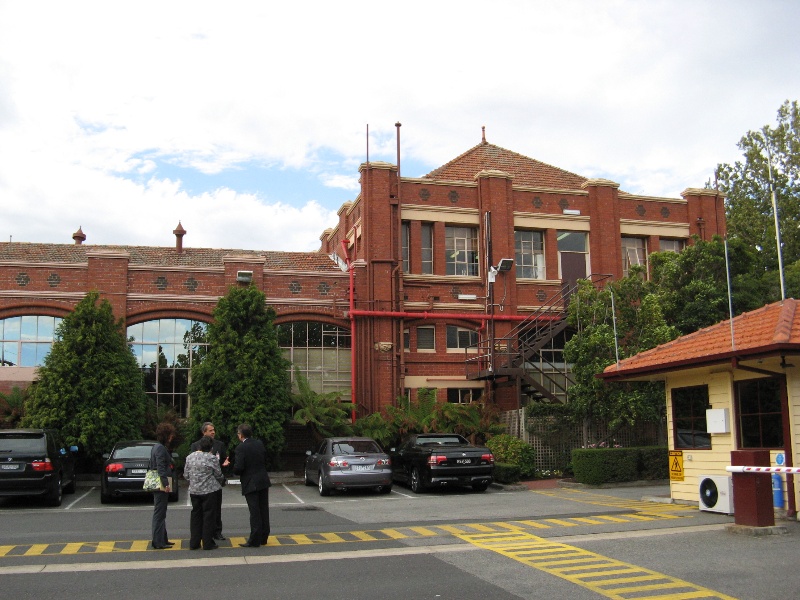 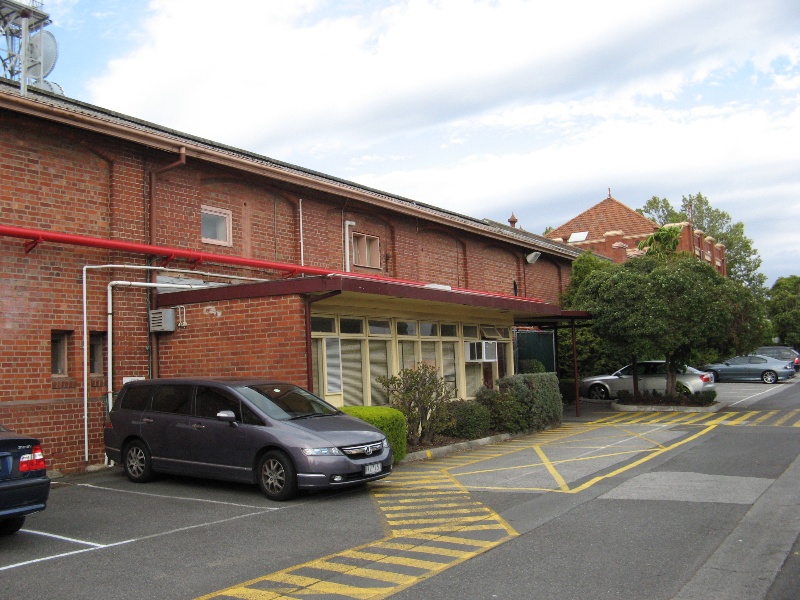 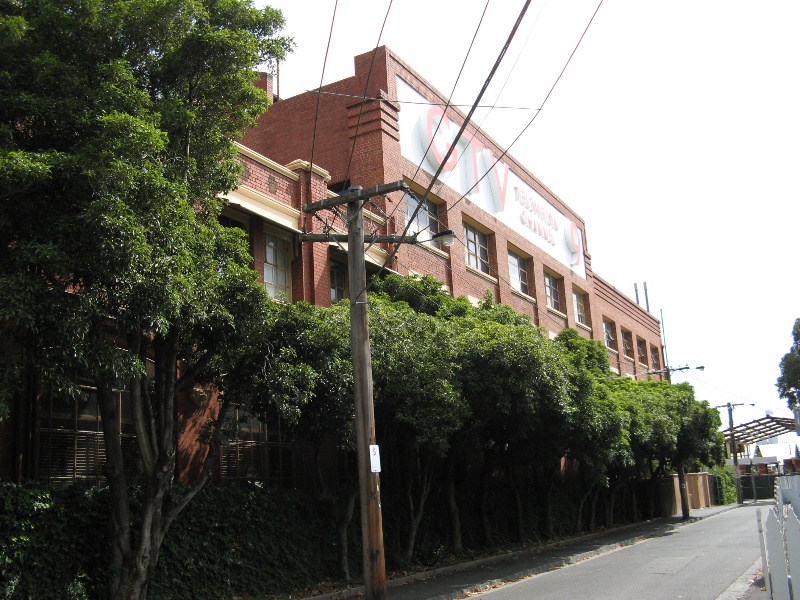 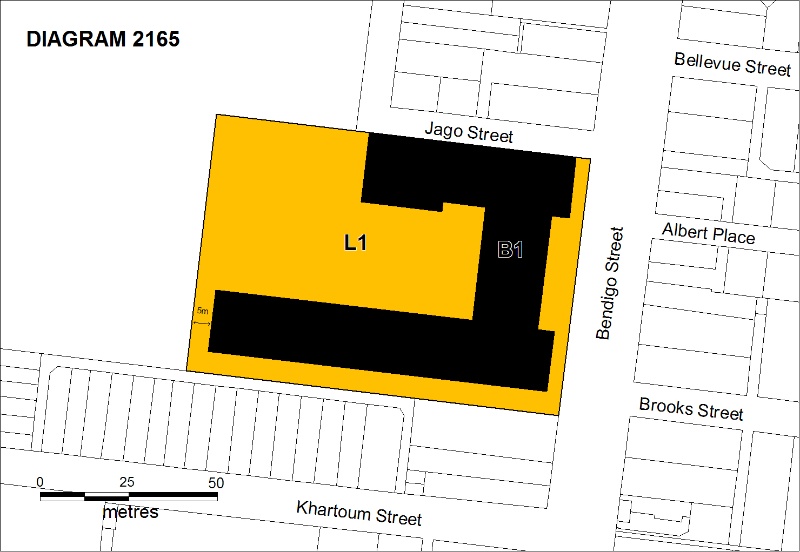 The former Wertheim Piano Factory was constructed in 1909 for the German-born manufacturer Hugo Wertheim. Wertheim came to Melbourne in 1875 as an agent for his family's sewing machine business, which he rapidly expanded, establishing agencies throughout Victoria, Queensland and South Australia, selling sewing machines, bicycles, pianos and other machines, mostly imported. Having identified the strong demand for pianos, then a symbol of middle class values and of a working family's success, he sent his son Herbert to America and Europe to study piano manufacturing, and commissioned the Melbourne architect Nahum Barnet to design a factory in Richmond that compared with the best in the world. It had manufacturing facilities on the ground floor and offices on the first floor and was built at a cost of ₤25,000 by R McDonald. This first piano factory in Victoria was considered to be an important demonstration of the importance of the Commonwealth Government's 'New Protection' policies designed to encourage local manufacturing, and the foundation stone was laid by the Prime Minister Alfred Deakin, with the ceremony attended by the most prominent of Victoria's politicians and business people. The factory employed three hundred workers, and could produce up to two thousand pianos annually, using predominantly Australian materials. Nellie Melba is said to have refused to play on any piano other than a Wertheim. Herbert took over the business following his father's death in 1919, but the business failed with the 1930s depression together with the increasing popularity of the wireless for family entertainment, and the factory closed in 1935. The Australian branch of the American H J Heinz Company was established in 1935, producing beverages, canned foods, cereals, mayonnaise, pasta and other foods in the leased former piano factory, which the company purchased in 1938. Heinz sold most of its war-time production to the Commonwealth Government for distribution to the services. Post-war growth resulted in a doubling of the factory's output, and in 1953-5 Heinz constructed a large factory at Dandenong, selling the Richmond site in 1955 to television station GTV9 for use as studios and offices. The Melbourne Olympic Games were broadcast from there in 1956. Between 1956 and 2001 GTV9 expanded the site by purchasing adjoining properties along Khartoum Street. Iconic Australian television shows such as 'In Melbourne Tonight', 'The Graham Kennedy Show', 'The Ernie Sigley Show', 'The Don Lane Show', 'The Bert Newton Show', 'New Faces', 'Hey Hey It's Saturday', 'The Footy Show', 'Sale of the Century', 'Family Feud', 'Temptation' and 'Rove' were produced in the Richmond studios, which was known as Television City.

The former Wertheim Piano Factory is a Federation Free Style red brick building with rendered detailing and with a terracotta tiled roof. The main Bendigo Street elevation consists of two identical two-storey pyramid-roofed pavilions linked by a single-storey section surmounted by a curved rendered parapet which once contained the Wertheim, then the Heinz, names but is now blank. The facade is divided by brick piers rising up through the parapet and finished with moulded rendered cappings. Moulded rendered string courses run across the elevations between the brick piers, and the brick spandrel panels above the windows are decorated with diamond patterns in black brick. The ground floor windows have segmental arched heads with moulded brick voussoirs, and those on the first floor have moulded rendered lintels and sills. The metal-framed windows are not original, and probably date to the Heinz ownership. There are two brick wings at the rear in a simpler style, both originally of one storey. The southern wing now has a new roof, and two extra storeys were added to the northern wing by Heinz. The interior has been used by GTV as offices, and few original features remain. The south wing houses Studios 1 and 2.

The former Wertheim Piano Factory is of architectural and historical significance to the state of Victoria.

The former Wertheim Piano Factory is historically significant as one of Victoria's most important early twentieth century industrial buildings, reflecting the move from importing to local manufacture of goods at that time, encouraged by the Commonwealth Government's New Protection laws of 1907. This was the first piano factory in Victoria and when constructed was the largest in Australia. Hugo Wertheim's pianos were among the best known and most widely advertised products of Australian manufacturing industry in the first decades of the twentieth century, and the factory was one of Australia's largest and most innovative manufacturing concerns. The building is an expression of the importance of pianos in early twentieth century society. The use of the building by the Heinz Company is important as a demonstration of overseas investment in local manufacturing. The building is also important in the history of television in Victoria. It has been used as the studios and offices of GTV9 for over fifty years, and many of Australia's favourite television programmes were produced here.

The former Wertheim Factory is architecturally significant as a fine and intact early twentieth century factory building in a Federation Free style, and as an example of an industrial building designed by the important Melbourne architect Nahum Barnet.