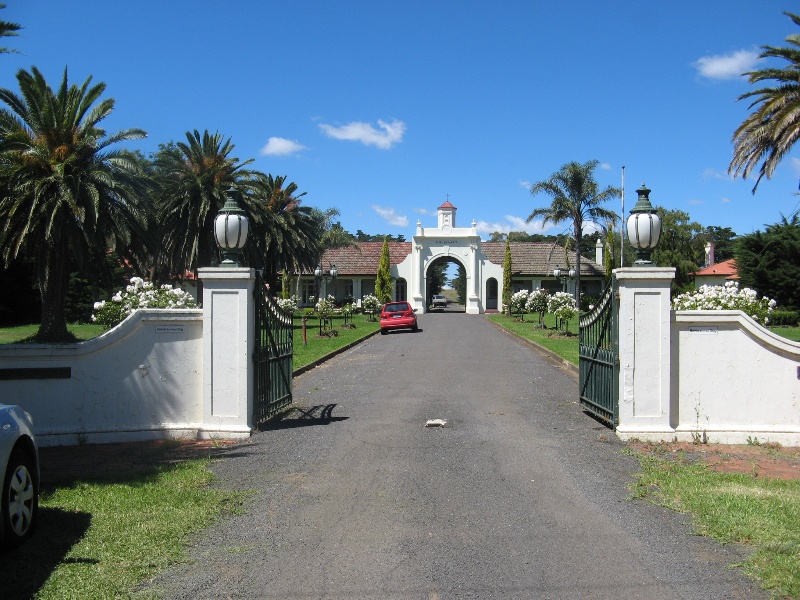 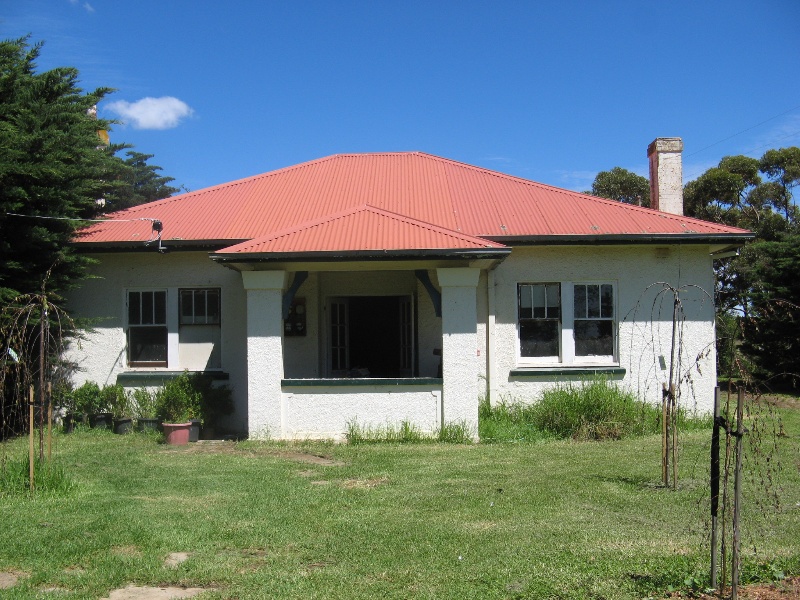 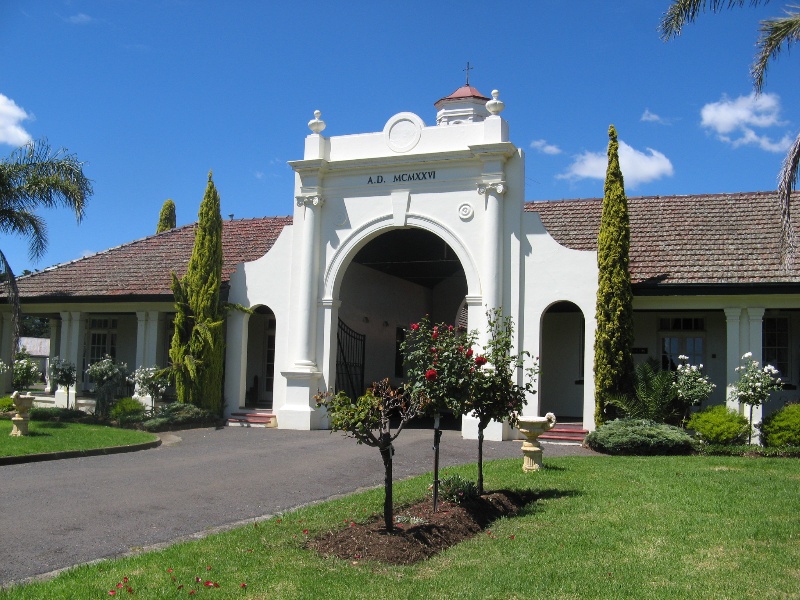 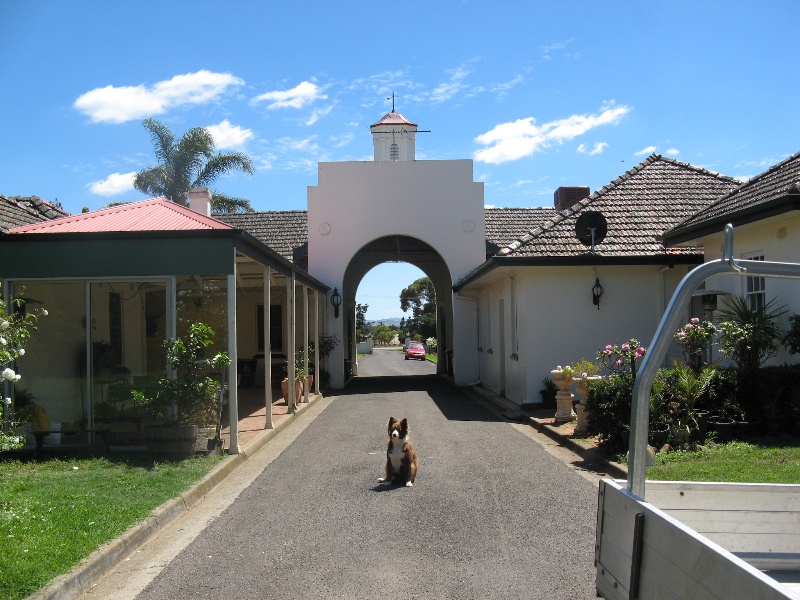 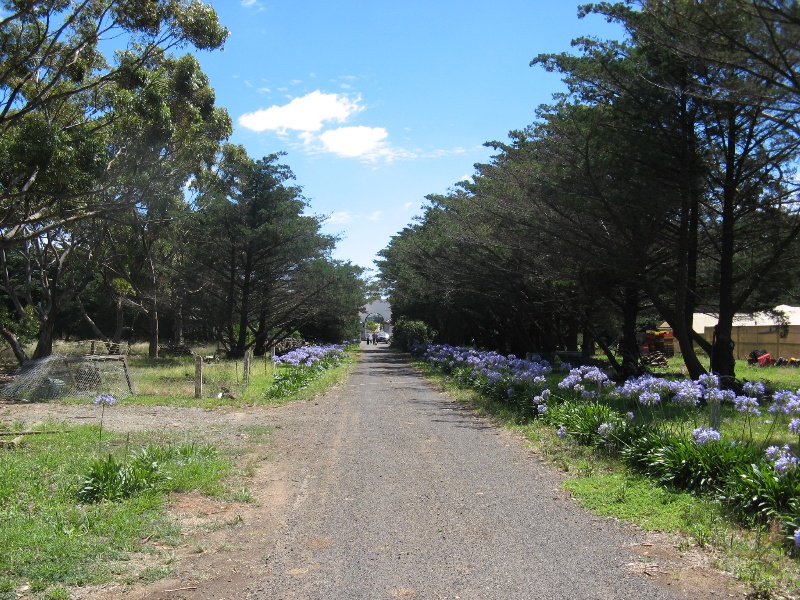 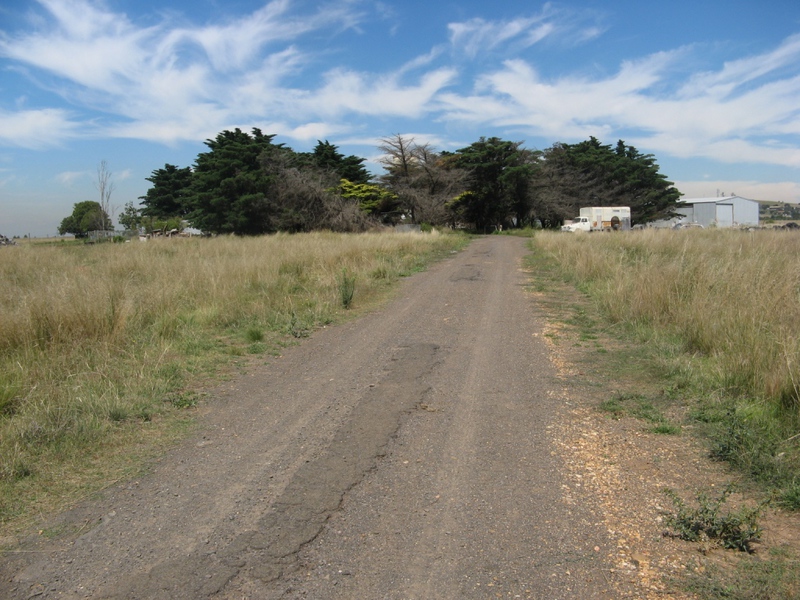 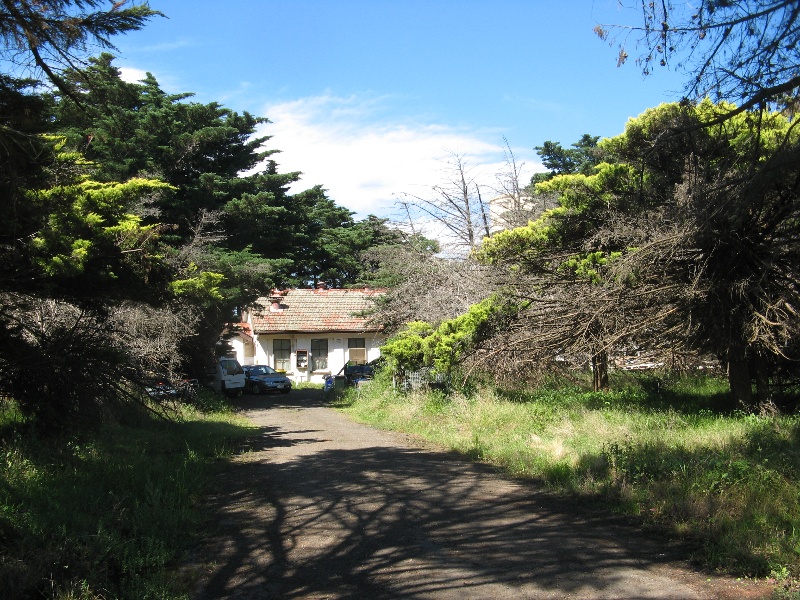 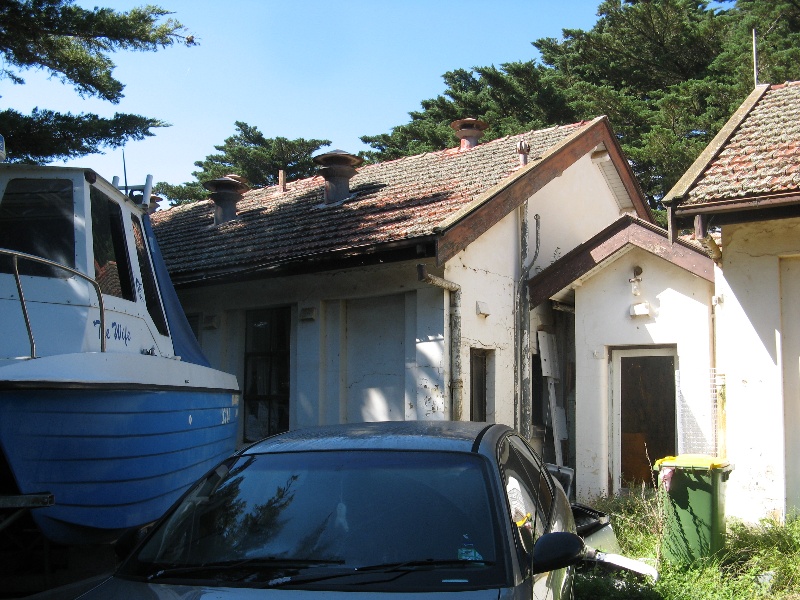 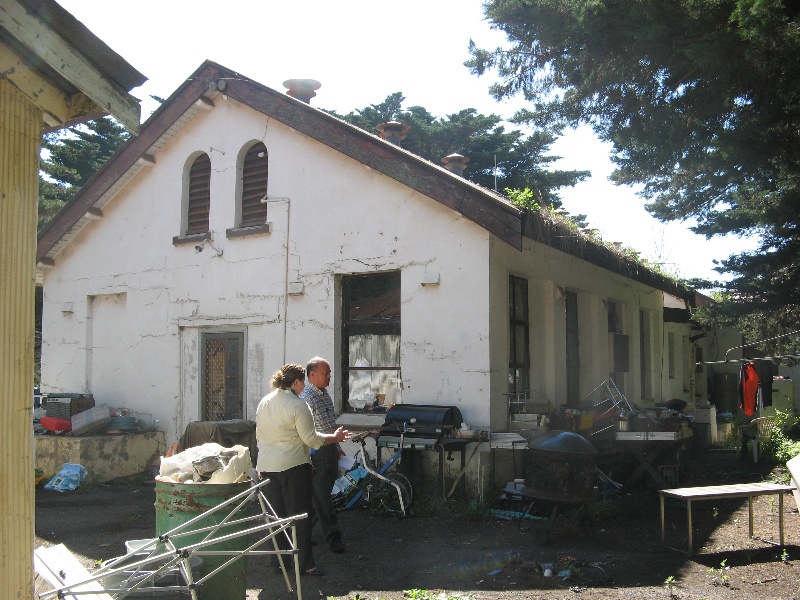 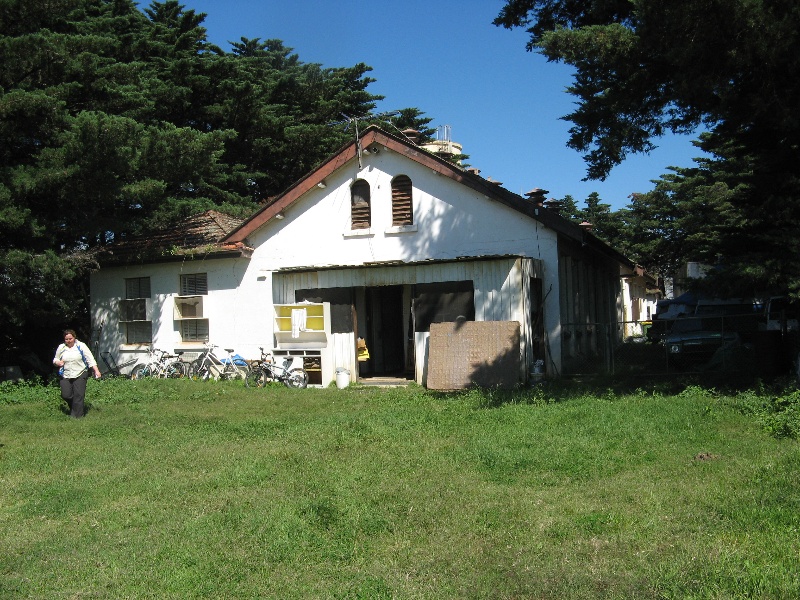 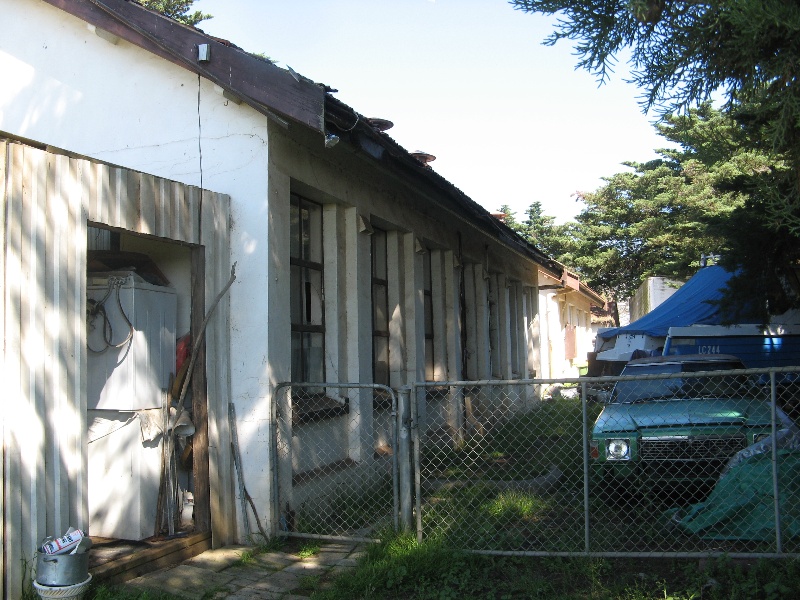 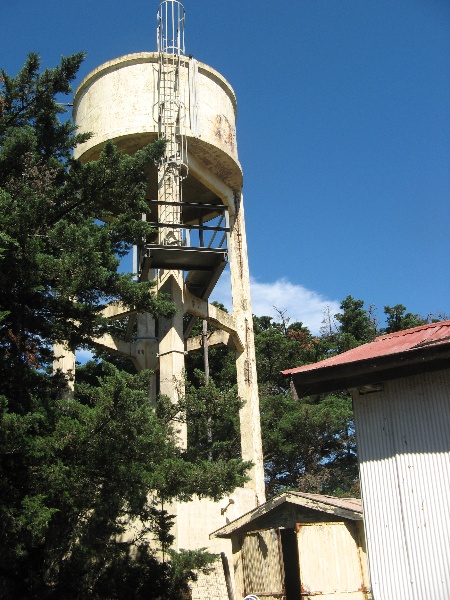 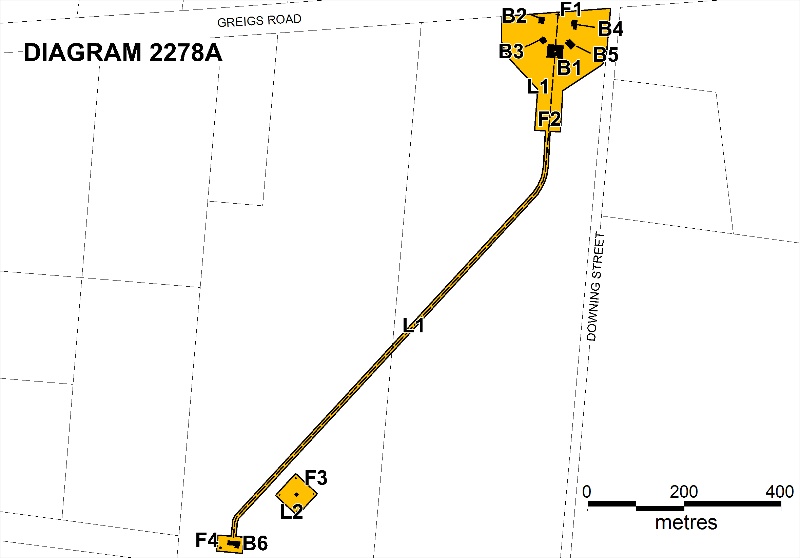 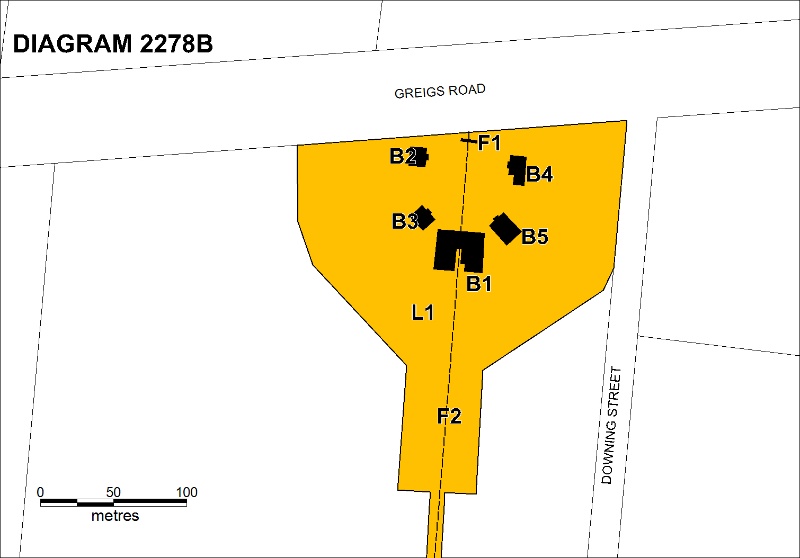 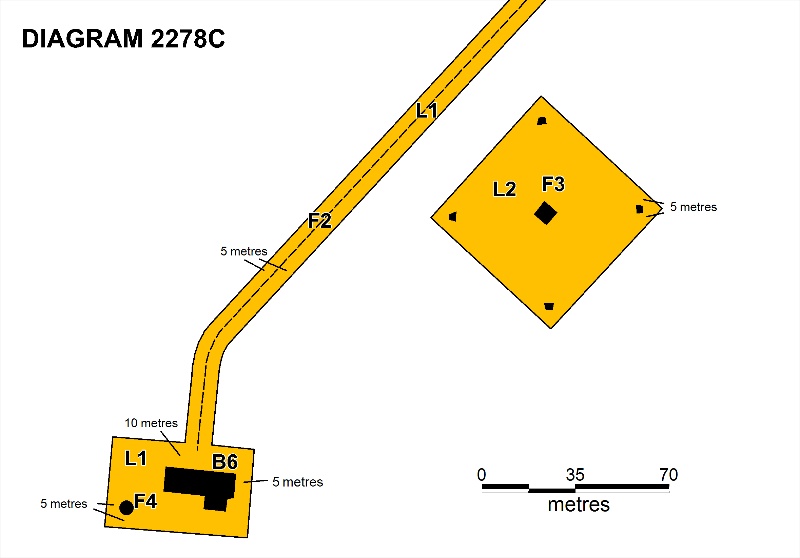 The former Australian Beam Wireless Receiving Station is located on a rural site at Mount Cottrell, south of Melton on the plains west of Melbourne, and consists of separate residential and operations complexes located about a kilometre apart and linked by the remnants of a roadway, adjacent to which are the concrete bases and guy wire anchors for the six original antenna masts. The station was built in 1926 as part of Australia's first direct international communications system. The receiving station operated in conjunction with a transmitting station at Fiskville, south of Ballan. The scheme was developed by Ernest Fisk, the Managing Director of AWA (Amalgamated Wireless (Australia) Pty Ltd), who had in 1918 demonstrated the feasibility of direct wireless communication between Australia and Britain, and with the support of Prime Minister William Hughes had overcome the objections to Fisk's scheme of Britain, which favoured a relay scheme. The two stations were built by AWA for 119,000 pounds. The official opening, attended by the Prime Minster Stanley Bruce and the Governor-General, took place in Melbourne on 8 April 1927. The system linked Britain, and in 1928 North America, directly with Australia by means of a telegraph system transmitted by short-wave beam wireless. From 1930 a radio-telephone service began, and in 1934 the system also began to send and receive pictures. Both stations included the workers' accommodation required to man the station continuously. The buildings are thought to have been designed under the supervision of the Commonwealth Architect, J S Murdoch. With the advent of co-axial cables in the 1950s and 1960s and satellite communication in the 1960s, demand for the beam wireless system decreased and the transmitting and receiving stations both closed in 1969.

The former Australian Beam Wireless Receiving Station accommodation complex on Greigs Road consists of four identical bungalows in a garden setting arranged symmetrically around a central drive, which leads from the entrance gates to an impressive main building in an Inter-war Spanish Mission style. This has an elaborate arched portico and central carriageway, and once contained bachelor accommodation and recreational facilities. The houses are constructed of rendered reinforced concrete and have hipped, corrugated iron-clad roofs and central entrance porches. The houses are separated by lawns, and Canary Island palms (Phoenix canariensis) line the driveway. The complex is enclosed on three sides by a tall hedge of mature Monterey cypresses (Cupressus macrocarpa), which also line the road beyond the recreation building. From the rear of the accommodation complex a track leads to the operations complex about a kilometre to the south-west. Along the south-east side of this road are the concrete bases and massive concrete guy wire anchors for the six original antenna masts, now removed. The operations complex includes two similar adjoining single-storey gabled concrete buildings, connected by a lower entry porch, and there is a tall concrete water tower nearby.

The former Australian Beam Wireless Receiving Station is of historical, architectural, and scientific (technological) significance to the state of Victoria.

The former Australian Beam Wireless Receiving Station is of historical significance for its association with the first direct commercial telegraphy communication across the British Empire between Britain and Australia, bridging the longest 'wireless' span in the world. Telegraphy via the Australian Beam Wireless received enthralled media attention during the 1920s and was an achievement celebrated by engineers and politicians. A large part in this scheme was played by Australia, under the leadership of Prime Minister William Hughes, and by Sir Ernest Fisk, the outstanding figure in the early history of radio in Australia, who was knighted for his achievements in 1937. The former Receiving Station is significant for its association with Amalgamated Wireless (Australia) Pty Ltd, the second largest radio company in the British Empire, which became an Australian icon through its provision of radio, and later television, equipment, and was one of Australia's largest companies. The accommodation complex is historically significance as a small but fine and intact example of a workers' housing estate designed to attract and retain employees, which demonstrates the need to operate the station around the clock and the difficulties of transport in such relatively isolated locations at the time.

The former Beam Wireless Receiving Station is of architectural significance for the accommodation and recreation buildings, thought to have been designed under the supervision of the Commonwealth Architect J S Murdoch, which reflect contemporary Commonwealth styles. The layout of the buildings in the accommodation complex reflects post-World War I concepts of a planned garden community.

The former Beam Wireless Receiving Station is of scientific (technological) significance for its association with one of the major scientific feats of the inter-war period. Wireless was considered one of the wonders of the early twentieth century, and the Australian Beam Wireless Receiving Station at Mount Cottrell was an essential element of the longest distance direct radio link in the world.

The functional layout of the Station is significant, including the separation of accommodation and recreational areas in a landscaped setting from the operations facilities, including the Radio Operations building and remnant set of concrete pads for mast and guy wires.