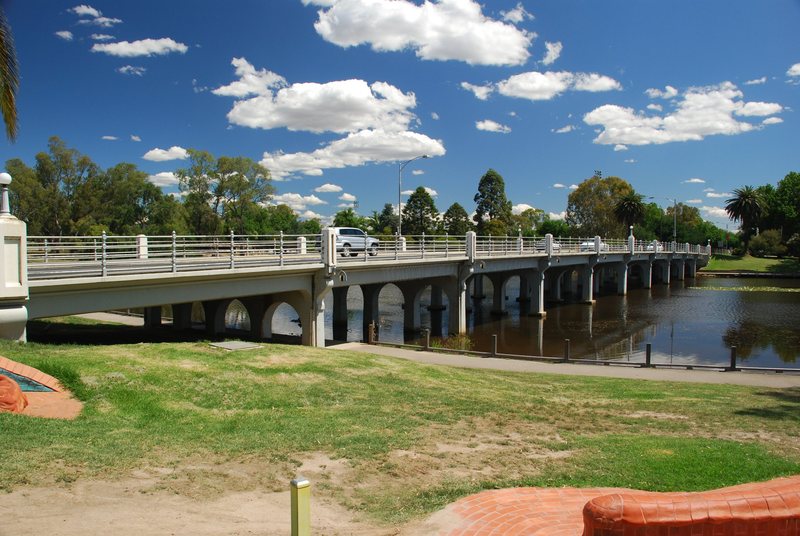 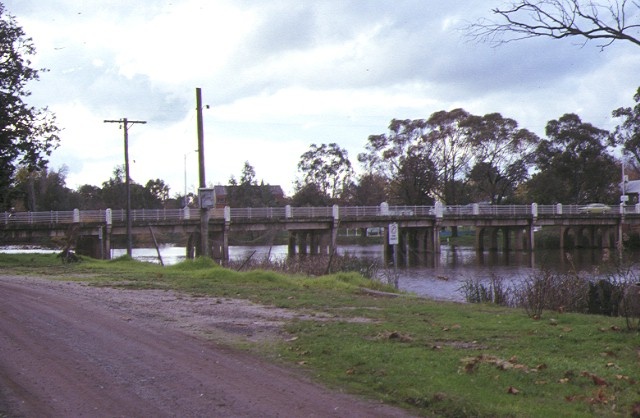 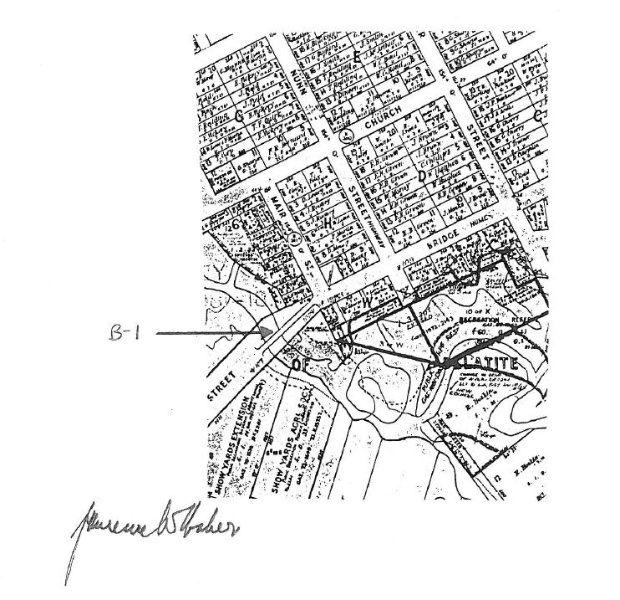 The concrete girder bridge over Broken River, Benalla was designed by John (later Sir John) Monash, with assistance from shire engineer, Samuel Jeffrey, and built in 1909-10 by the Reinforced Concrete and Monier Pipe Construction Company. The bridge was widened in 1939-40 to plans prepared by Allan Ozanne of the Country Roads Board, assisted by the shire engineer, Les Fawkner.

The Broken River Bridge, a rare early example of concrete girder bridge design, demonstrates technical accomplishment in the use of reinforced concrete girder bridges, such as the bridge over the Loddon River, Laanecoorie (still extant), the Benalla bridge was influential in the development of the technology of girder construction which was to come into general acceptance from 1915 onwards.

The bridge has an association with John (later Sir John) Monash, soldier, engineer and administrator, who, at the time of the bridge's construction, directed the Reinforced Concrete and Monier Pipe Construction Company, the company at the forefront of reinforced concrete construction in Victoria at that time.

The bridge, with its concrete piers linked by arches, the decorative volutes of each pier and the ornamental cast iron and galvanised iron pipe rail balustrades, demonstrates typical craftsmanship and decoration.