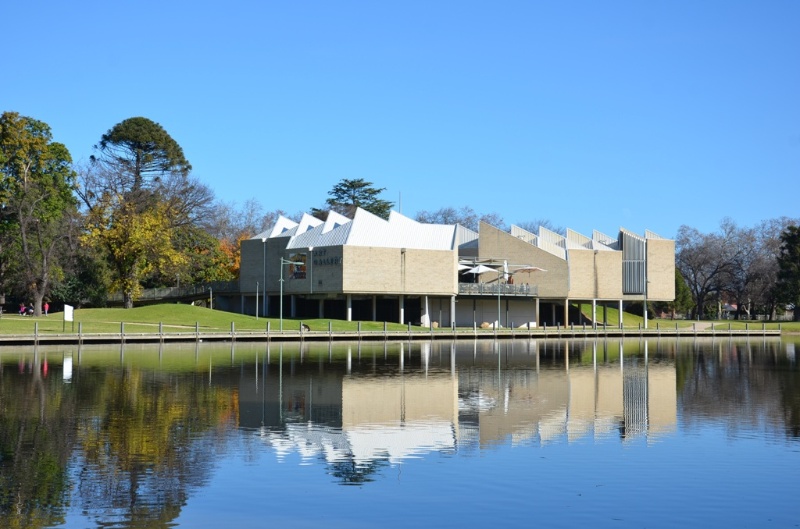 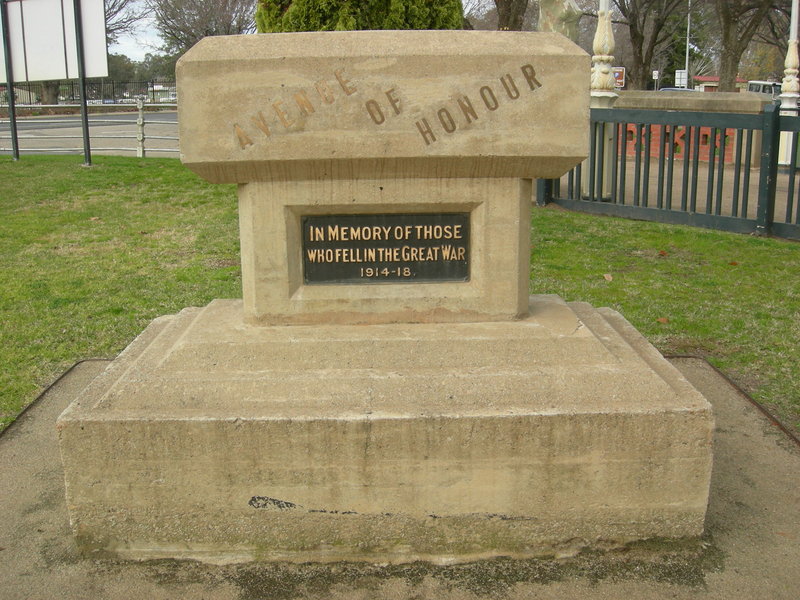 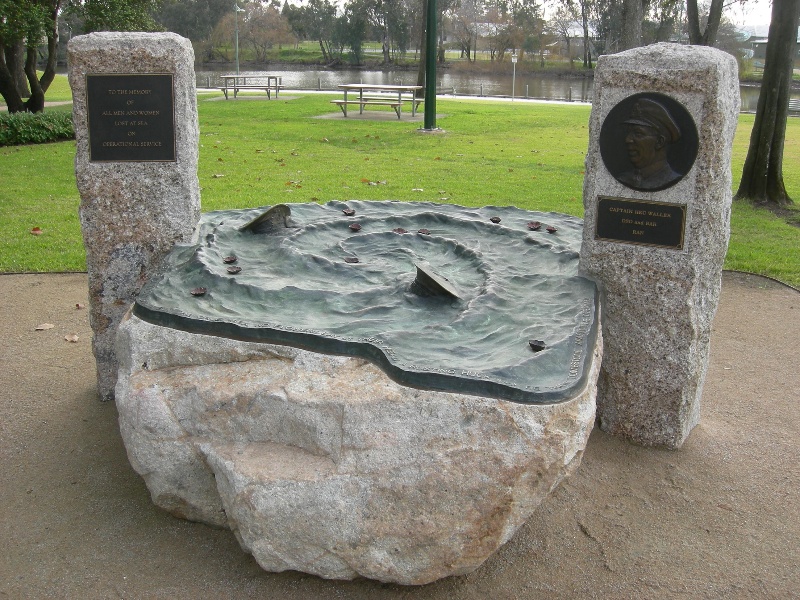 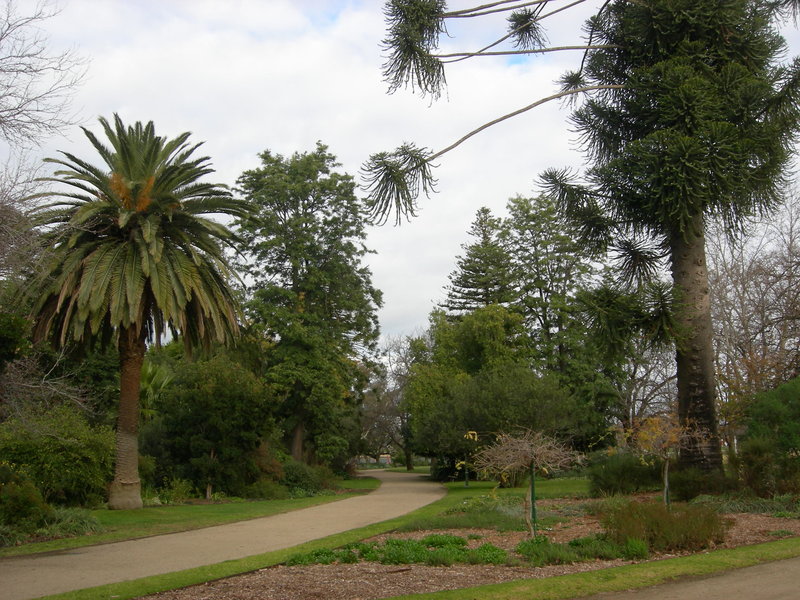 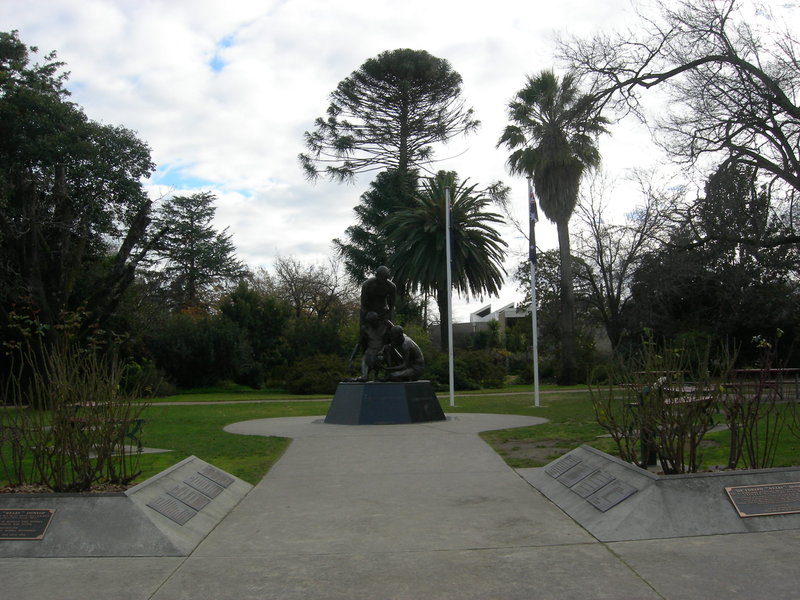 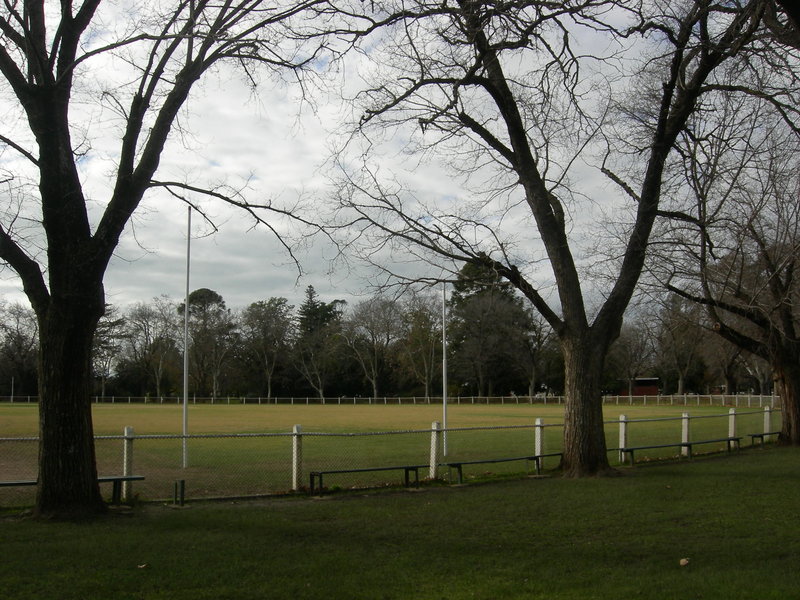 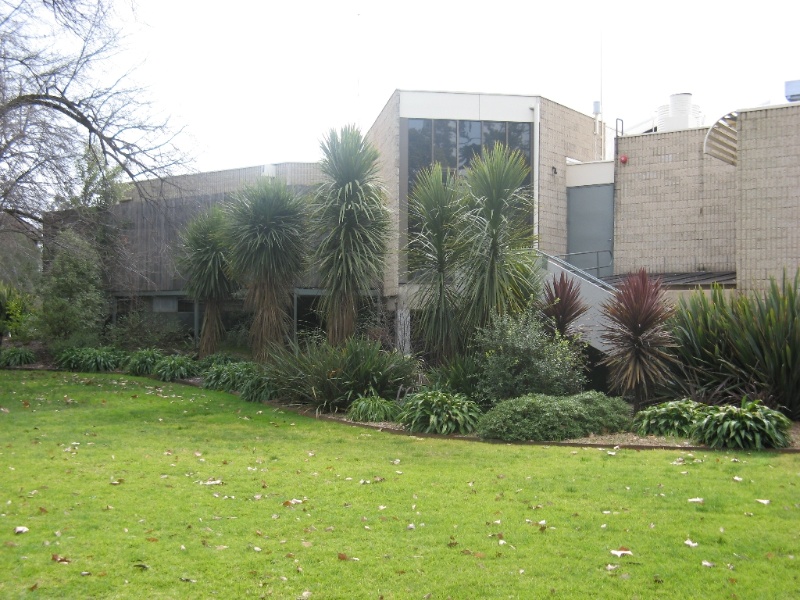 In 1859 land was set aside for 'cricketing and other purposes of public recreation' with the cricket ground and recreation reserve temporarily reserved on 6 October 1873. From 1882 the Council started to gradually develop the reserve by constructing footpaths and planting trees, but after community agitation for better facilities, Alfred Sangwell was appointed as the first curator to design and layout the gardens in 1886-7. Sangwell's plan shows a large central oval, separated from ornamental beds on the north western and south-eastern aspects by serpentine paths, sweeping lawns, shrubs and flower beds typical of the gardensque style popular at the time.

Some of the planting and path layout has been altered and several elements associated with the early development of the area for recreational purposes such as the croquet lawn and bowling club (1897) have been relocated or removed. Remaining structures include the grandstand (1963, replacing 1896 grandstand), tennis courts (c1880s) and clubhouse occupying the northern area, an octagonal band rotunda (1911), war memorial (1922), entrance gates (1911, with timber gates reconstructed in 1989) on the eastern side. More recent additions include the cannon, a large rose garden (1959) with substantial renovations in 2004 and 2009, the rocket playground (relocated c1962), and the Weary Dunlop Memorial statue (1996), a relocated Avenue of Honour memorial and adjacent Hec Waller Memorial (2010).

Besides the passive recreation normally associated with botanical gardens, sport has been played continuously on the central oval since the 1860s, together with tennis courts, a feature of the gardens since c1880, and the former bowls and croquet clubs. Cultural events have been held at the band rotunda since 1911. Since 1966 the Benalla Botanic Garden's rose beds, established in 1959, have been a major feature of the annual Benalla Rose Festival which attracts many visitors and has led to Benalla being known as the Rose City.

A major landscape feature was created in 1972 with the damming of the flood-prone Broken River to form Lake Benalla which provides the background for the Benalla Art Gallery, constructed in 1975, and a board walk installed in 2001. The location of the Gardens adjacent to Lake Benalla provides significant views from the Gardens across the lake, the 'Monash' Bridge (H1043) and surrounding town streetscape.

After overwhelming local support for its establishment in a referendum in 1967, the Benalla Art Gallery was temporarily housed in the memorial hall, until the present purpose-built gallery was constructed. This was made possible by local resident, Laurence Ledger, who offered to donate his collection of Australian art to Benalla and contribute $75,000 towards the cost of a new building, contingent on it being built on the present site across Lake Benalla from his residence. Ledger also selected the architects, Munro and Sargeant. The Council agreed to this proposal, committing $85,000 towards its construction and the State Government provided funding of $170,000.

Opened in 1975 by the Victorian Premier, Rupert Hamer, the building contains two gallery spaces, one to house the Ledger Collection and another larger, versatile and extensible space. To address the site, the building is designed on north-east and north-west axes with a linking foyer facing the lake and service facilities located to the south. The complex steel framed structure, clad with ribbed concrete block, is raised above the flood line of the lake. Distinctive tetrahedral roof monitors allow the diagonal penetration of desirable southern lighting to the gallery spaces, and non-rectangular planning aids interior circulation and display.

How is it significant?
The Benalla Art Gallery and Botanical Gardens are of historical, aesthetic, scientific (botanical) and architectural significance to the state of Victoria.

Why is it significant?
Benalla Botanic Gardens are of historical significance as an important example of a regional botanical garden, established in the nineteenth century in response to the increased wealth of Victoria with the discovery of gold and the desire to provide a place for recreation and education in keeping with European trends.

The Benalla Botanical Gardens are of historical significance for the retention of much of the original gardenesque layout designed by Alfred Sangwell in 1886-7, and are the only known example of his work in Victoria. The design is unusual as it successfully combines a recreation oval with a nineteenth century ornamental garden featuring typical characteristics such as a formal entrance and gates, curved paths, open lawns area planted with specimen trees and beds of more intensive horticulture and a band rotunda.

The Benalla Art Gallery is of historical significance as a demonstration of the development of regional galleries in Victoria, particularly in the 1960s and early 1970s when state government funding fuelled growth in new public art galleries. It is of significance as an outstanding display of community support with residents voting overwhelmingly for the establishment of a gallery at Benalla at referendum in 1967, and the resident Laurence Ledger donating his valuable art works and money to fund the building.

The Benalla Botanical Gardens are of aesthetic significance due to their park-like character and vistas across the lake, and for the design elements such as serpentine paths meandering through gardens beds of flowers and shrubberies of various colours and textures set into lawn against a backdrop of trees and built elements. The Art Gallery, on the shores of the lake, adds to the picturesque qualities of the place.

The Benalla Botanical Gardens are of scientific (botanical) significance for the collection of rare and unusual plants including conifers and palms which provide a contrast to the numerous deciduous species. These include a Crow's Ash (Flindersia australis), one of only three known specimens to be planted in Victoria and three specimens of a rare elm (Ulmus 'Viminalis'), the only known examples in Australia.

The Benalla Art Gallery is of architectural significance as an outstanding example of a mid-1970s modernist building, located in regional Victoria. Architects Munro and Sargeant received a Victorian Architecture Award Citation for this Regional Gallery for North Eastern Victoria in 1975 and its unique character continues to provide the region with a distinctive identity.