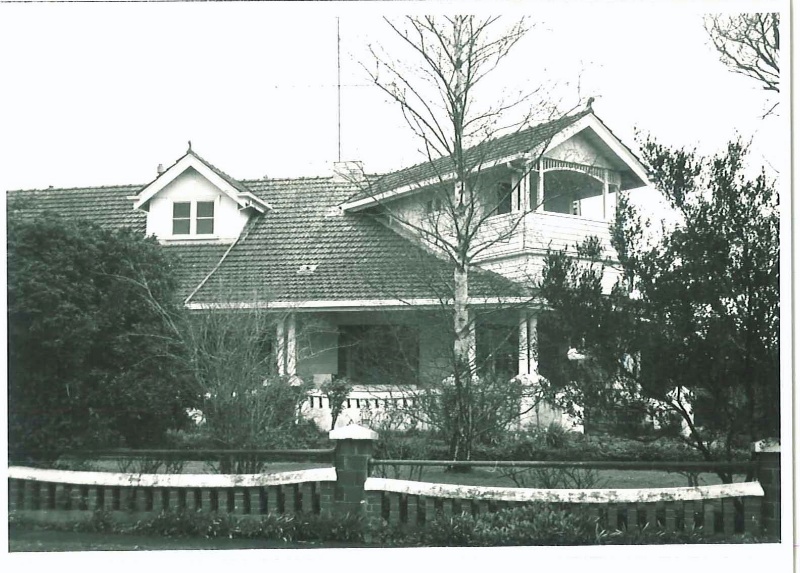 Significant as one of the last Federation style buildings in Hamilton, for its use of a material unique to the area, its original garden layout (with some surviving plants) and as a landmark.

Built for a Mr Baker c1920, (i) this house is of local significance as one of the last Federation style houses built in Hamilton and especially for its use of a material unique to the area. The walls and front fence are built with conventional red bricks and a type of concrete block which uses ashes, cinders and other detrital as aggregate and which is faced with a veneer of sandstone from the Grampians. (ii) The veneer was tinted red to simulate terra cotta and match the bricks. The concrete blocks were sold as "Grampians Stone". (iii) The house remains significantly intact and in excellent condition. Because of its scale and siting it is a dominating element in the streetscape.

The Bungalow still has most of its original garden layout with some original plants surviving. The main ground feature consists of paths and split level terraces. Particularly notable is the Washingtonia robusta, Washington or Mexican palm which matches those planted around Melville Oval and along Alexandra Parade about the same time. Both the house and the palm act as a landmarks. The garden is significant for its original layout and in complementing the house.

i A long established Hamilton family, his sister, Miss Baker, has lived for many years nearby at 32 Collins Street. She could not remember an architect's name.

iii This is in contrast to The Manor House next door which uses real Mt Sturgeon sandstone as quoins.