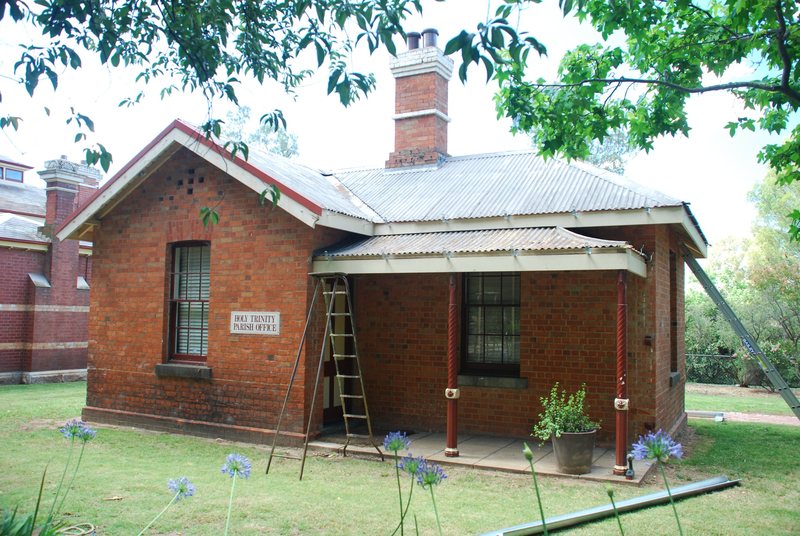 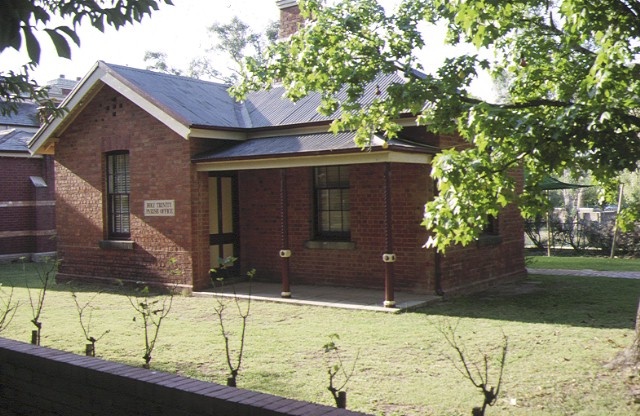 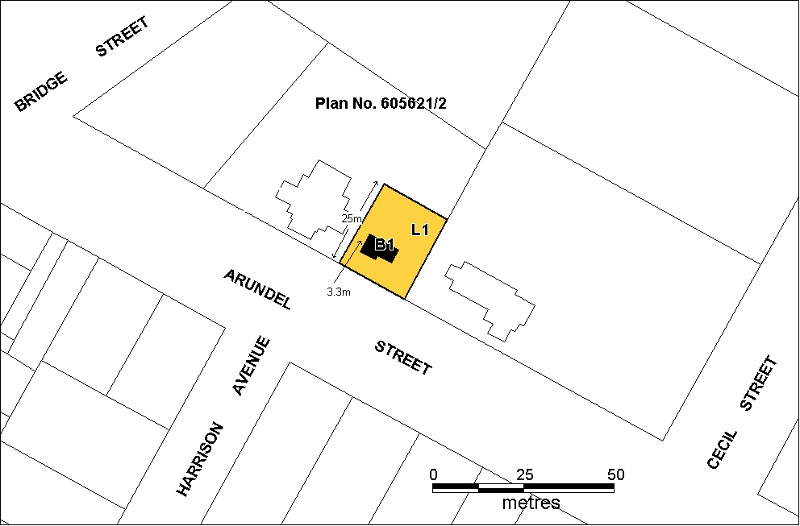 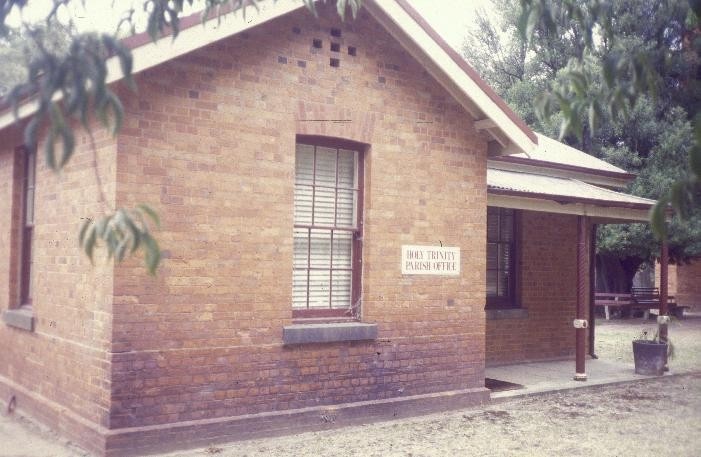 The Former Lands Office, also known as the Clerk of Courts Cottage, is a simple asymmetrical brick two-roomed building with verandas. It was constructed in 1861 as a survey office, but taken over for use by the Law Department 1882 and later, in 1960, by the Anglican Church.

The former Lands Office is considered significant for social and historical reasons.

The former Benalla Lands Office is important for its social and cultural association as the establishment of land offices in the Colony of Victoria generally indicated the size and importance of the town. It is also important in its ability to demonstrate the history of settlement in the State, being constructed to facilitate the policy and process of closer settlement. The former Lands Office is significant because of its ability to demonstrate a sequence of functions and usages over time, initially as a lands office and more recently for the Holy Trinity Parish purposes. The former Benalla Lands Office is also important as a representative and essentially intact example of work of the Public Works department under the direction of William Wardell during the 1860s.