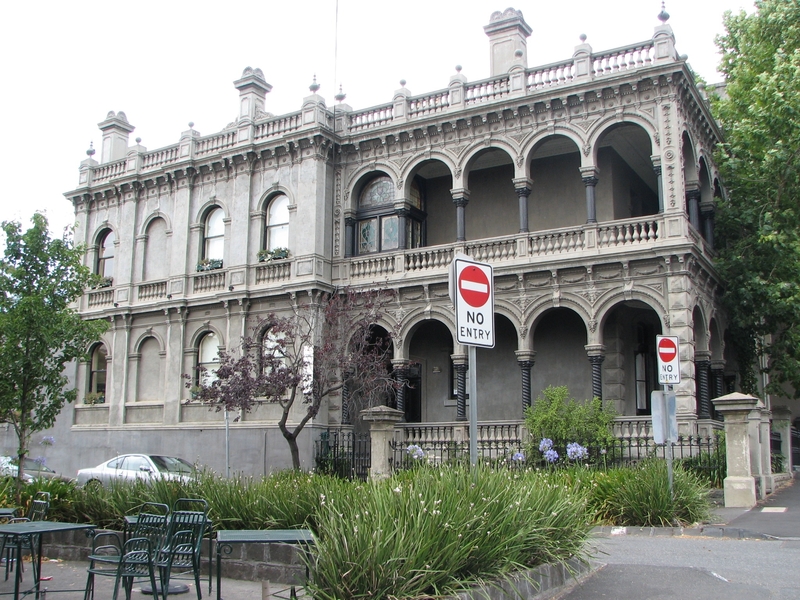 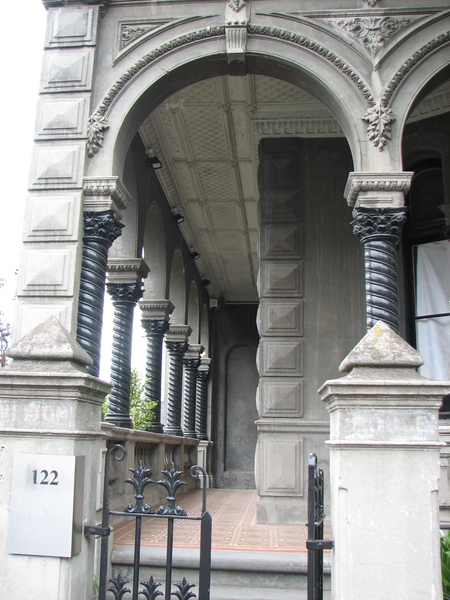 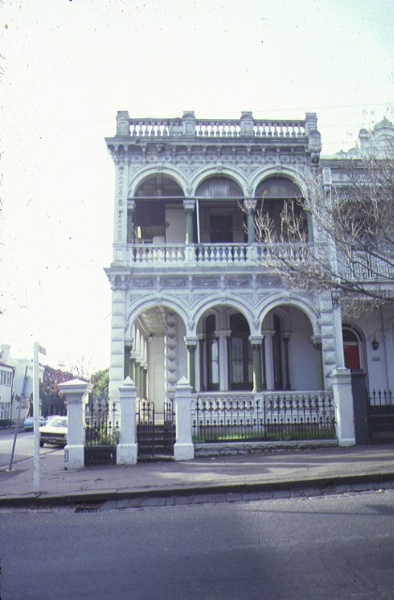 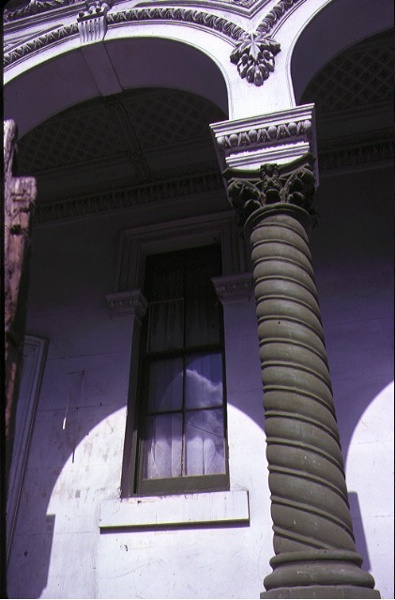 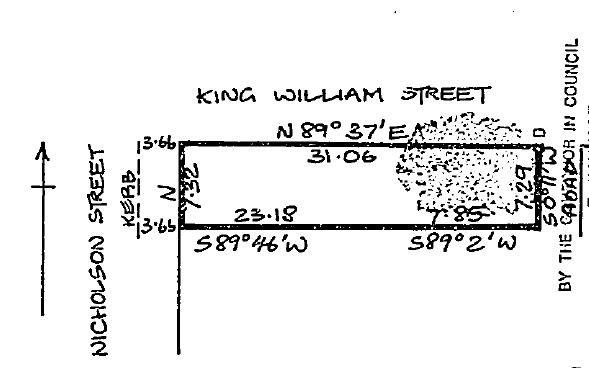 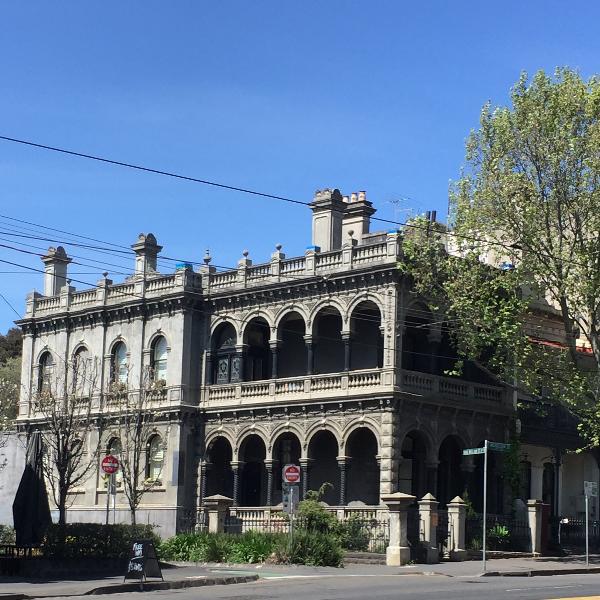 What is significant?
The residence at 122 Nicholson Street Fitzroy was constructed in 1862 for John Denny, architect, presumably to his own design. It was later refaced and possibly extended during the boom years of the 1880s. The building was used as a boarding house for most of the 20th century. The house, consisting of two storeys with an additional mezzanine at the rear, occupies a corner position in a continuous row of attached houses along Nicholson Street. It is designed in an L-plan with the forward part of the house having a return two-storey arcaded loggia and the rear having a superimposed trabeated system with a balustraded parapet over both. The exterior is rendered and heavily decorated. The loggia has squat fluted composite iron columns on the first and ground floors: the ground floor columns have an interesting spiral treatment. The principal surface decoration consists of console bracketing, festoons, medallions and acanthus and egg-and-dart motifs. The cornice decoration is continued onto the simpler rear section which has the unusual motif of sideways opening consoles from the pilasters below the string course. The floors of the loggia are laid with encaustic tiles and the ceilings have heavily decorated mouldings.

How is it significant?
The residence at 122 Nicholson Street is of architectural and historical significance to the State of Victoria.

Why is it significant?
The residence at 122 Nicholson Street is of architectural significance as an excellent example of the flamboyant boom style cement rendered mansions of Melbourne, made unusual by its corner terrace building type. The extent and detail of its surface decoration provide an example of the best of late-19th century house design. The building's corner allotment is treated with imagination and style, making it one of the best examples of a corner terrace building in Melbourne.

The residence at 122 Nicholson Street is of architectural significance for its association with John Denny. At the time of the construction of this house, Denny was the supervising architect for St. Patricks Cathedral in East Melbourne. The house thus represents an interesting comparison between secular and sacred architecture constructed at the same time by the same architect. Denny is likely to have chosen the site for his house because of its proximity to the Cathedral.

The residence at 122 Nicholson Street is of historical significance as evidence of the social development of Melbourne and Fitzroy since the middle years of the 19th century. The house was constructed in a precinct that was, by the 1860s, a salubrious area. When Denny commenced his house, Nicholson Street already included the Convent of Mercy one block further south, and the splendid 1850s Royal Terrace further south still. The substantial nature of the house is evidence of the good living obtainable by architects at a time of metropolitan expansion and infrastructure and institution building. The re-facing of the house in the 1880s to produce the extant form is evidence of the great wealth that flooded Melbourne as a result of the gold rushes. The decline of Fitzroy as a "respectable" suburb, which accompanied its conversion to a major industrial location at the end of the 19th century and into the early years of the 20th century, is evidenced by the fact that the house was used as a boarding house for much of the 20th century. In turn, the re-location of industry out of the inner suburbs in the latter decades of the 20th century and the gentrification of many inner suburban areas is reflected in the return of the house to single family occupation and then conversion to a boutique hotel in the 1990s.