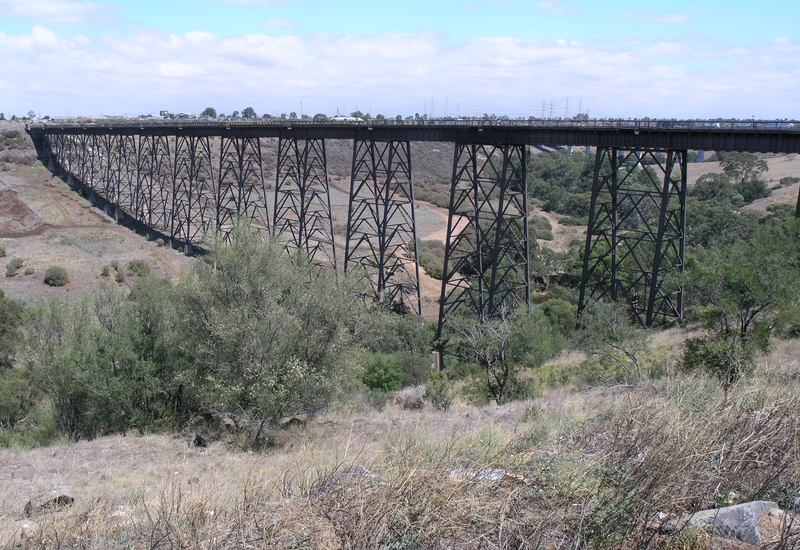 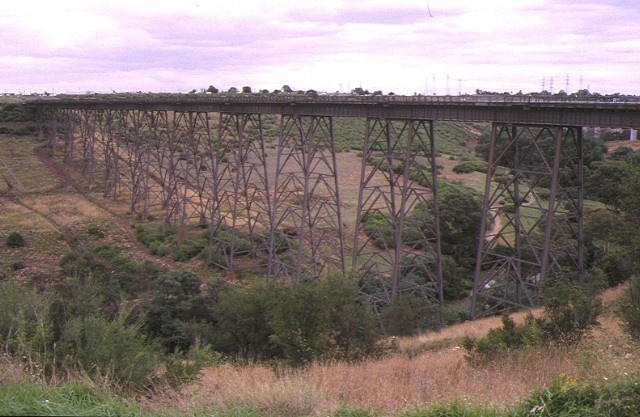 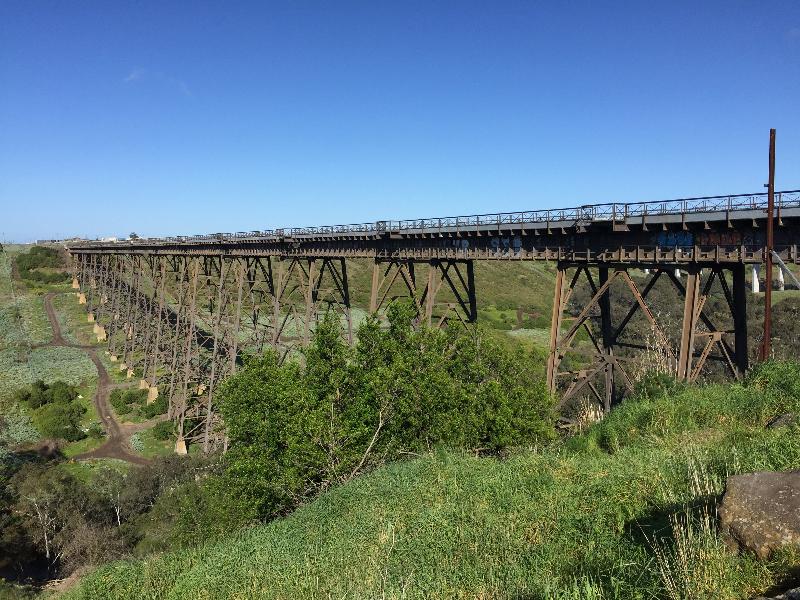 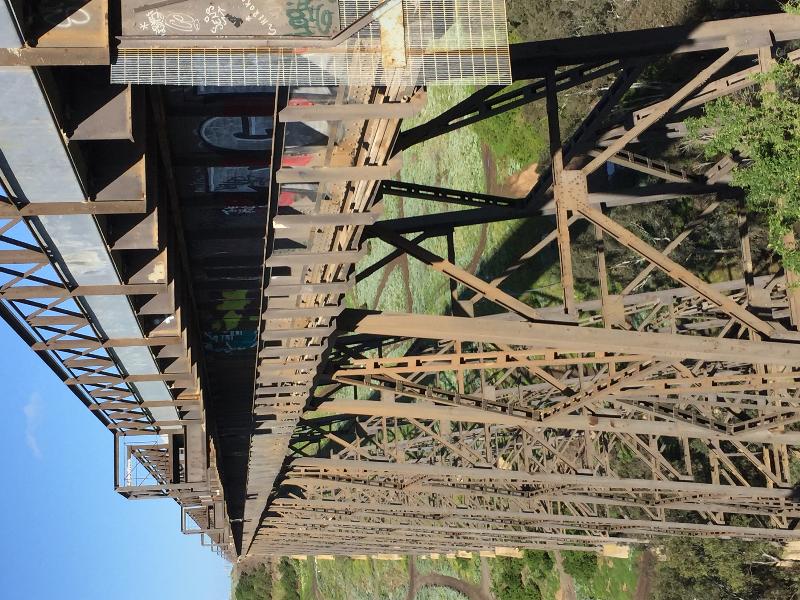 The "Albion viaduct" was constructed by the Victorian Railways in 1927-29 to carry a new double track goods line over the Maribyrnong River. The new line enabled trains from all parts of the state, except Gippsland, to have direct access to the Tottenham marshalling and sorting yards. The viaduct is 1,257 feet (383.13 metres) long between abutments and 180 feet (54.86 metres) above water level. The structure comprises two steel girders supported on twelve steel framed towers.

The Albion viaduct is of scientific, architectural and historical importance to the State of Victoria.

The Albion viaduct is scientifically and architecturally important on account of its large size, and for the adoption of unusual cost effective design features such as the use of two girders per span to carry the double track, the use of K bracing in the towers, and the use of broad flange beams as columns. At the time of its construction it was the largest trestle bridge in Australia, and until the construction of the Sydney Harbour bridge was the highest railway bridge.

The Albion viaduct is historically important as part of the infrastructure associated with the development of the Melbourne railway marshalling yards at Tottenham in the 1920s. These yards were constructed to relieve congestion in the Melbourne Yard, located near the Spencer Street station, caused by the construction of suburban passenger platforms associated with the electrification of the suburban railway network.