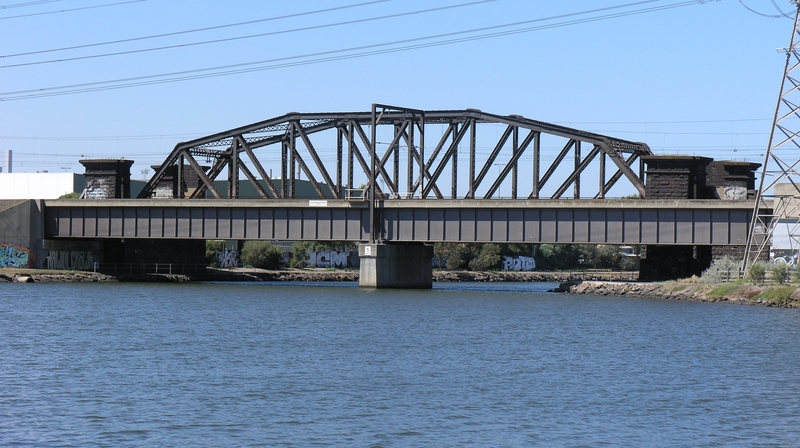 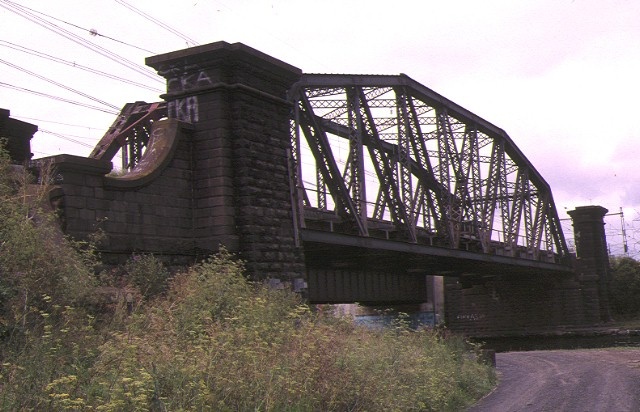 What is Significant?
The double track railway bridge was proposed by the Melbourne Mt Alexander & Murray River Railway Company, to carry its Melbourne-Williamstown line across what was then the Salt Water River. The government acquired the company's faltering operations in 1856, and the design and erection of the bridge became the responsibility of George C Darbyshire, the first Engineer in Chief, of the newly formed Victorian Railways Department. The massive tubular box girder iron bridge with bluestone abutments was erected in 1858-59. The iron girders were fabricated in Manchester by William Fairbairn & Sons. It has been claimed that the eminent English engineer Isambard Kingdom Brunel, who arranged manufacture of the girders and acted as Inspecting Engineer, made minor modifications to the design to save costs and to simplify and facilitate fabrication. The girders, which spanned 200 feet (60.9 metres), were erected by George Holmes & Company on bluestone abutments constructed by Pierce & Dalziel. In 1911 Mephan Ferguson, a local engineering firm, contracted to replace the box girder span with the present through hog-back Pratt steel truss structure in order to accommodate heavier loads.

The railway bridge over the Maribyrnong River is of historic and scientific importance to the State of Victoria.

The bridge is historically important as a significant remnant of the primal development phase of railways in Victoria. Although built by the Victorian Railways, the bridge was a significant part of the infrastructure proposed by the Melbourne, Mt Alexander & Murray River Railway Company, one of a small number of private companies which constructed railways in Victoria during the 1850s and 1860, before the government assumed this responsibility.

The bridge is scientifically important because the iron structure of the original bridge, of which the bluestone abutments are now the only extant part, and the steel structure of the present span were unusual types of construction. At the time of their erection the original and present span structures were the largest of their type in Victoria, if not Australia. The bridge is a significant work of George Christian Darbyshire, the first Engineer in Chief of the Victorian Railways (1856-60). The existing steel structure, which replaced the original box girders, is an important work of Mephan Ferguson, an eminent local ironfounder, railway contractor and wrought iron pipe manufacturer.