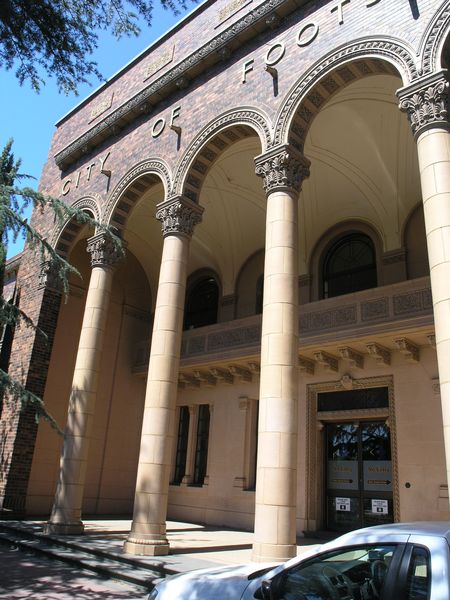 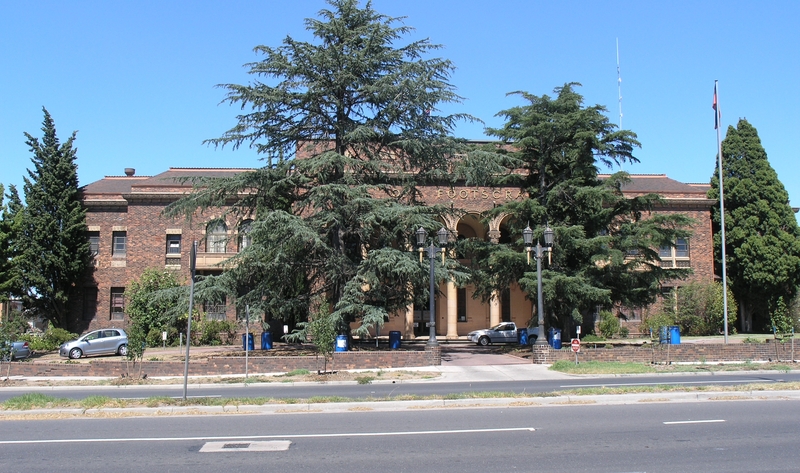 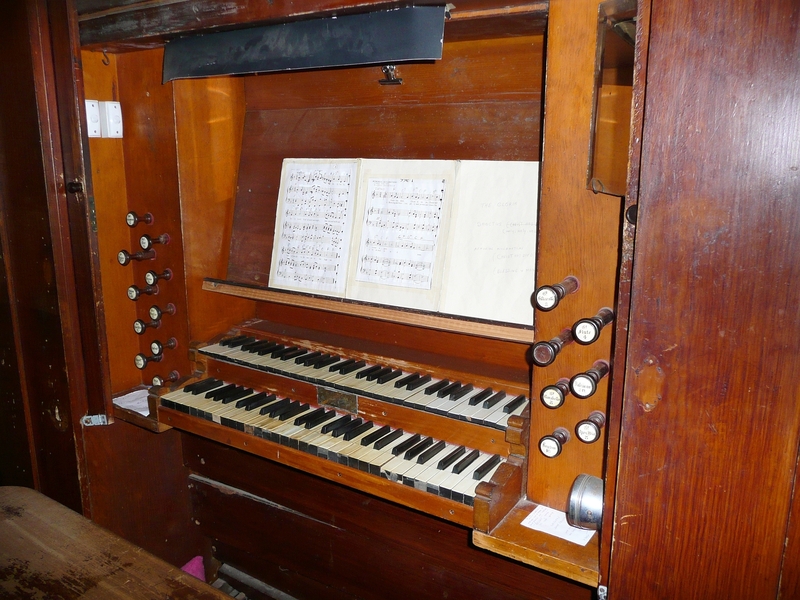 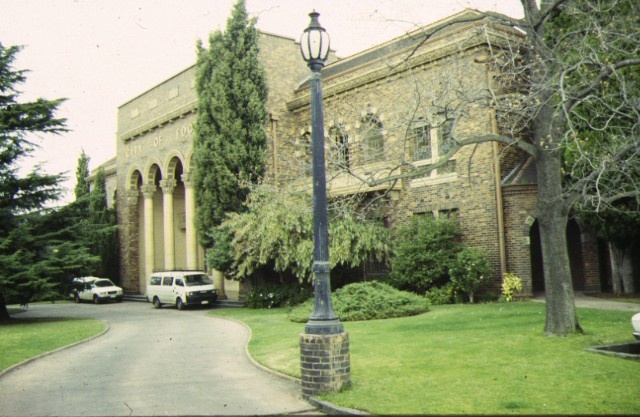 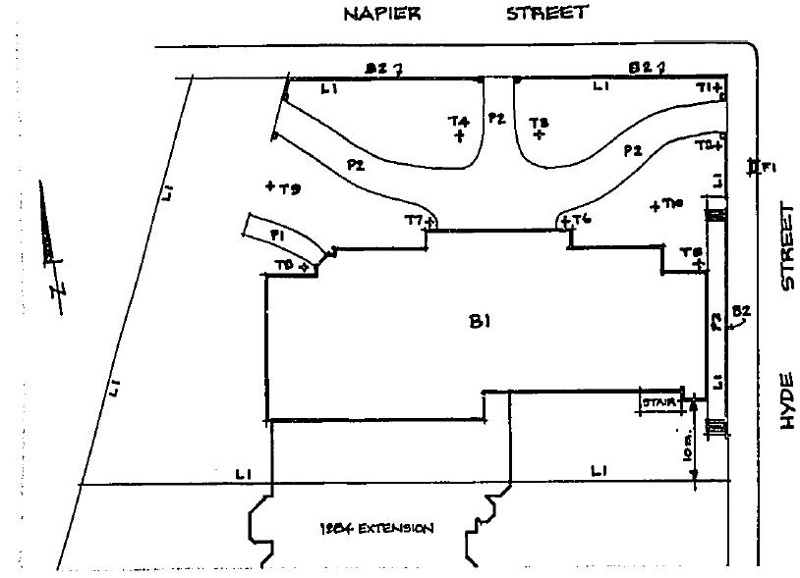 What is significant?
The Former Footscray town hall was designed by Joseph Plottel, architect, and erected by day labour under supervising contractors ARP Crow & Sons in 1936, to replace the first town hall built in 1875. The two storey American Romanesque building, having a terracotta tile mansard roof, contains offices on the ground floor and the council chamber and reception hall on the upper level. The exterior, which incorporates a finely detailed entrance loggia with Corinthian columns, has variegated brown brickwork highlighted with intricately modelled buff faience work. The contrasting interior, designed in the Streamlined Modernist manner, also includes the large World War One honour board and three council chamber chairs from the former town hall. The site retains its original landscaping reputedly laid out by David Matthews, the City of Footscray's Superintendent of Parks & Gardens (1916-64), and its associated external fencing and lighting. A commemorative granite drinking fountain and horse trough, outside the site on the Hyde Street footpath, designed by local monumental mason James Taylor & Sons, was a gift by Mayor James Cuming to celebrate the achievement of "City" status in 1891.

How is it significant?
The Former Footscray town hall is of architectural, aesthetic, social and historical significance to the State of Victoria.

Why is it significant?
The Former Footscray town hall is architecturally and aesthetically important as the only known example of the imposing American Romanesque style applied to a civic building in Victoria. The highly sophisticated external ornamentation demonstrates American design influence and includes Art Deco, Moderne, Celtic, Spanish and Medieval motifs. The faience work, particularly around the dominant entrance loggia is exceptionally fine. The interior, which contrasts markedly with the exterior, is a relatively intact and fine example of a civic interior designed in the Streamlined Moderne style. Notable internal features include the entrance lobby with mosaic tile floor (now partly obscured), which is one of the best inter-war examples in Melbourne, the suspended elliptical staircase and bronze balustrade with nickel plated handrail, unusual black marble columns, ornamental plasterwork, Queensland maple panelling, and the Moderne timber screen and clock behind the mayoral chair in the council chamber. The former town hall building is historically, architecturally, and socially important as a design that successfully merges progressive ideas in municipal office building and planning with the civic confidence of a community.

Standing at the top of the main staircase, the huge polished timber honour board is architecturally and aesthetically important for its unusual floor to ceiling design and for its sheer size. The honour board, which was transferred to its new, imposing position from the old offices, is of historical importance for commemorating some 2000 local citizens who served in the Great War, and for linking the continuity of civic association from nineteenth to twentieth century buildings. The mayoral chair and two hall chairs from the original town hall are also important for their historical associations.

The Former Footscray town hall is architecturally and historically of interest for its association with Joseph Plottel, architect for two landmark Footscray factories and a number of notable Melbourne buildings, including the nearby Williamstown Town Hall.

The Former Footscray town hall is architecturally, historically, and aesthetically important for its symmetrical forecourt design which complements the formal qualities of the building. The coloured concrete paving, the brick and iron boundary fence to Napier and Hyde Streets, ornamental lamps, and the formal arrangement of the garden and trees, which includes examples of, Juniperus virginiana cv., Cedrus deodara, Fraxinus excelsior 'Aurea', Cupressus sempervirens, Cupressus torulosa and Lirodendron tulipifera trees, are features which combine to reinforce the symmetry and cultural integrity of the town hall building and forecourt. The principal pair of ornamental lamps is socially important for their connection with the Australian Natives' Association, an organisation that took a strong stand on matters of national importance, and which on occasion led or stimulated public thought along lines which ultimately became an accepted point of view.

The Cuming commemorative drinking fountain and horse trough is historically and architecturally important as a rare example of a combined public drinking fountain and horse trough which illustrates the once necessary importance of horses on our streets. It is historically important for its continuous association with the town hall precinct since 1891, when Footscray gained city status, and for its ability to demonstrate the earlier civic tradition for mayors to donate a utilitarian gift to the municipality upon their retirement or for commemorating a special event. It is also of historic interest for its association with James Cuming (1835-1911), long time Footscray councillor, mayor, patron of local charities, and co-founder of the large and successful chemical and fertiliser works, Cuming Smith & Company, which had its factory in Yarraville, and as a work of stonemason James Taylor, who is reputedly the pioneer of the granite industry in Australia.