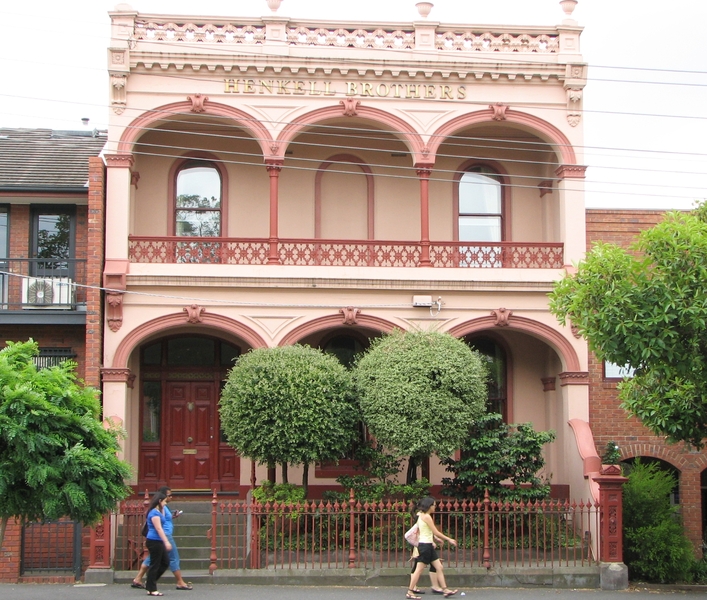 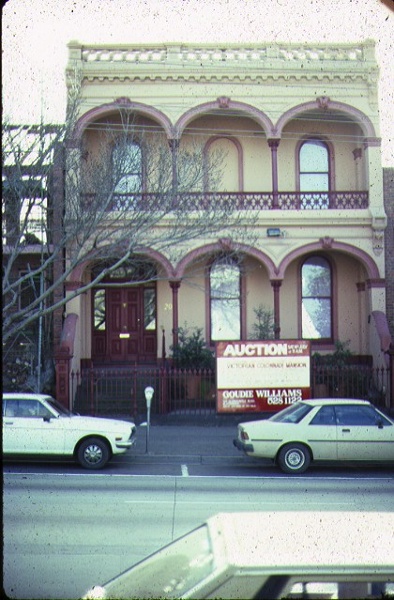 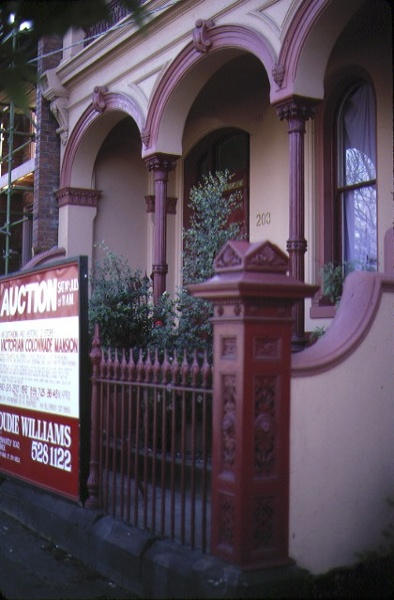 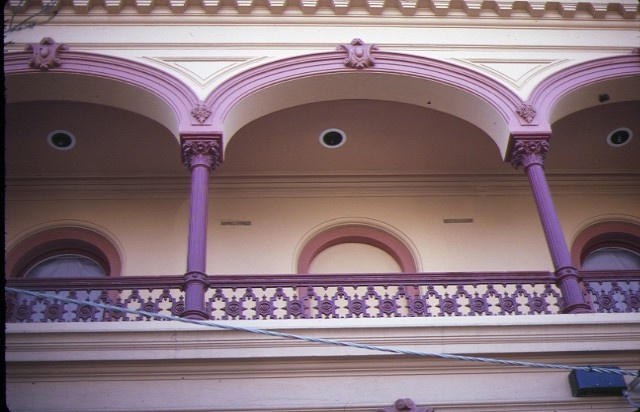 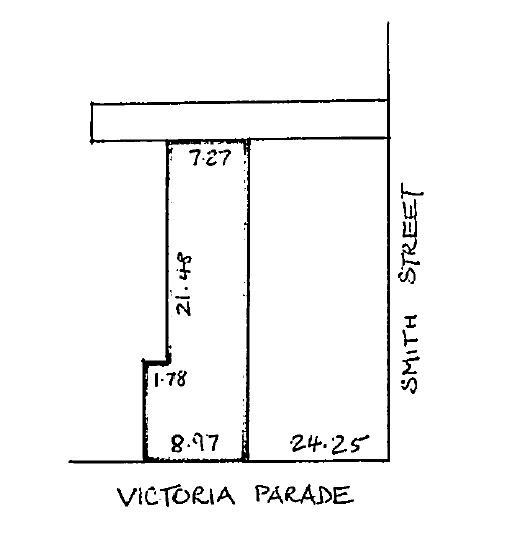 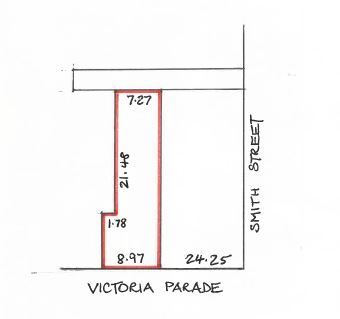 The Terrace house at 203 Victoria Parade Fitzroy is a two-storey building constructed in 1882 for a Mr McClelland. Neither the architect nor builder for the house is known. The building is constructed of brick with a rendered facade. The facade is divided vertically into three and is composed of a two-storey arcaded loggia enclosed within wing walls and raised above street level to be approached by a set of bluestone steps to one side. The arcade has flattened arches supported on cast-iron fluted Corinthian columns and has a cast-iron balustrade at first floor level. The interior of the house is of conventional plan with a passage and stair to one side of the main front rooms and a single-storey service wing at the rear. Whilst the interior of the building has been altered, the exterior is substantially intact.

The Terrace house at 203 Victoria Parade Fitzroy is of historical significance to the State of Victoria.

The Terrace house at 203 Victoria Parade Fitzroy is of historical significance as an elegant example of town housing once common to Victoria Parade but now greatly diminished. The building is an important reminder of the 19th century character of one of Melbourne's great boulevards. It is the last surviving of a series of 19th century attached houses on the north side of Victoria Parade between Gore and Smith Streets. Victoria Parade has undergone substantial change since last century, when it was the location of some of the earliest development outside what is now the CBD. Many of the original terrace houses have been knocked down to be replaced by office and institutional buildings, as accessibility, visibility and planning provisions allowing multi-storey buildings have encouraged commercial development, especially since the 1970s. The Terrace house provides an important reminder of one of the parade’s early but increasingly uncommon uses.