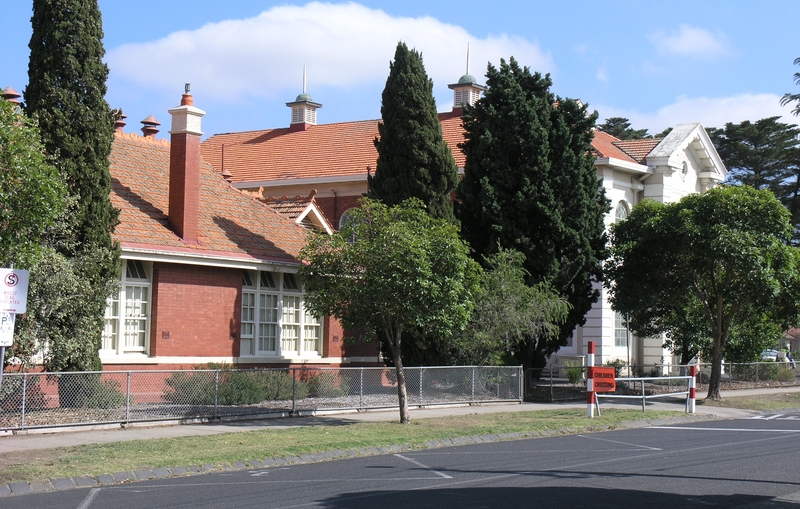 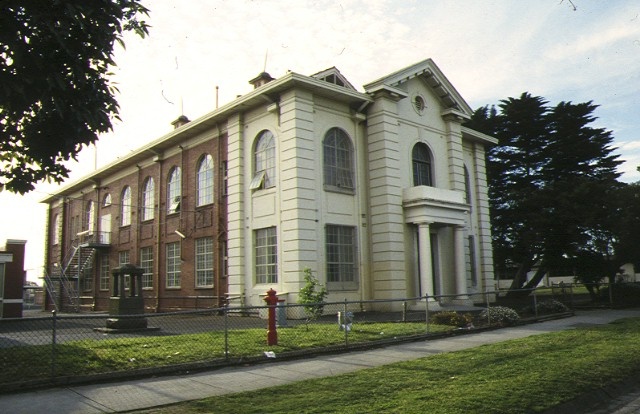 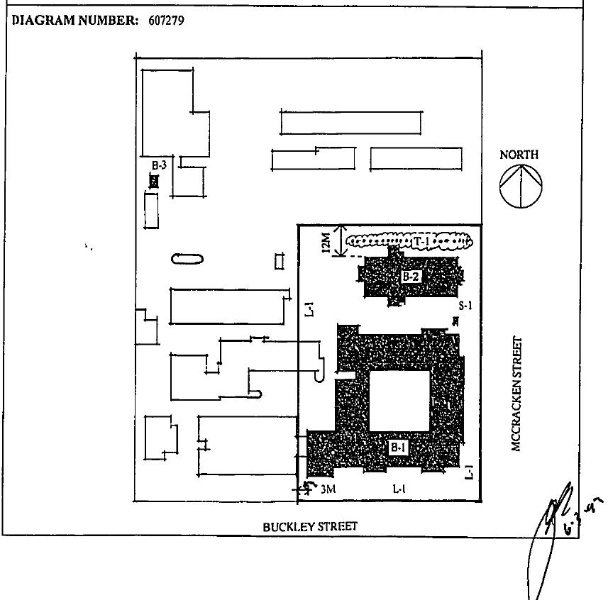 The foundation stone for the Former Essendon High School (now known as Essendon Keilor College) was laid by the Premier of Victoria on 12 June 1912 with a silver trowel presented by the contractor, F. E. Shillabeer. The school opened on 4 February 1913 as a higher elementary school, but was upgraded to high school status on 4 March 1914, making it the first of many such schools in metropolitan Melbourne. Designed by chief Public Works architect, George Watson (1850-1915), the school was adopted from the Quarry Hill plan, a new school near Bendigo that featured an enclosed, but unroofed, verandahed quadrangle. By 1915 the school had an active cadet corps, and when the worldwide influenza epidemic hit Victoria in 1919, the school was requisitioned as a hospital having its own mortuary and army-operated kitchen, and with staffing of forty. An assembly hall, designed by chief Public Works architect, E Evan Smith opened in 1926, one side of which stands a row of Monterey Cypress trees of the early 1930s, and on the other a stone drinking fountain, erected in the memory of James King, Headmaster from 1924 to 1927. Over the years further buildings have been added. In recent years the school amalgamated with Niddrie and East Keilor High Schools.

The Former Essendon High School is of historical, architectural, and aesthetic importance to the State of Victoria.

The Former Essendon High School is important in the history of secondary education in Victoria, as the first suburban State high school in metropolitan Melbourne. Its opening demonstrated a widespread demand for state secondary education in the suburbs, and the school was instrumental in setting the pattern for numerous high schools to follow. The school has further importance for the roles it played during the First World War and the influenza epidemic of 1919, and has close associations with a number of talented principals who furthered its aims, notably James King, whose short term from 1924-1927 is commemorated by a stone drinking fountain which stands in the grounds. A small corrugated iron shed survives to record the period when the school had an active cadet corps.

The Former Essendon High School is architecturally significant as a near intact example of the quadrangle style of school. Featuring Edwardian, single-storey, red brick buildings around an unroofed quadrangle, the design dispenses with corridors and a hall, providing a unifying centre for the school. The later assembly hall is architecturally significant for its bold compositional elements expressed in the Georgian-revival style, and for its layout of classrooms on the lower level, and hall above. The row of twenty two Monterey Cypress trees (Cupressus macrocarpa) on the north side of the hall is aesthetically important for the framing they provide to the building.