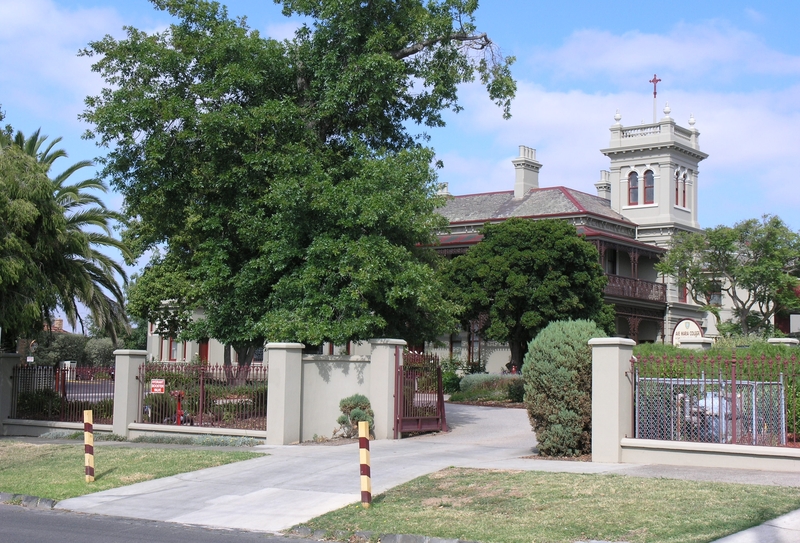 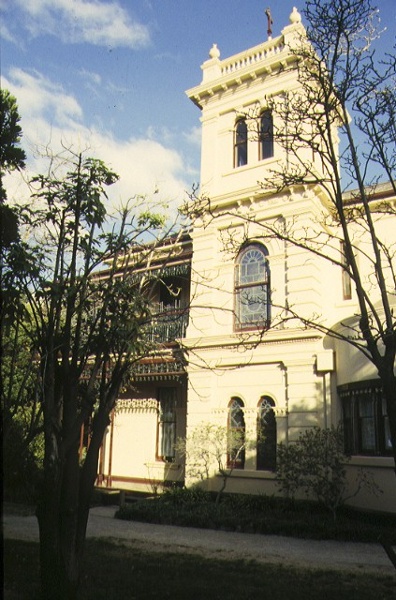 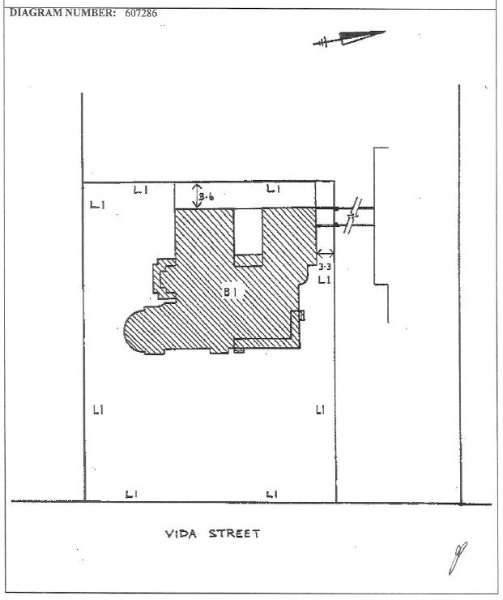 The former mansion Clydebank, now Ave Maria College, was built in 1888 for Congregational lay preacher and land agent, John Ramsay. The stuccoed Italianate residence of two storeys was designed with a slate, hipped-roof, and apart from the two-level return cast iron verandah and parapeted tower, the house displays little that would distinguish it from the many other large metropolitan houses built during Melbourne's boom years. John Ramsay prospered and his large family pursued successful careers in their chosen domains. Two sons, William and James founded the Kiwi Boot Polish firm, both predeceasing their father who then acted as chairman for the company. Another son, John Ramsay Jnr., became Surgeon Superintendent at Launceston General Hospital and was knighted in 1939. The most celebrated of the sons, Hugh (1877-1906) pursued a short but brilliant career as an artist, prior to his death from tuberculosis at the age of twenty-nine. Many of Hugh Ramsay's now famous portraits were painted at Clydebank and several of his works continued to grace the building's walls until the Catholic Church purchased the property from the Ramsay family in 1943.

The former mansion Clydebank is of historical importance to the State of Victoria.

The former mansion Clydebank is of historical importance for its association with the life and oeuvre of Hugh Ramsay, one of the nation's most gifted artists. Ramsay's response to character and environment and the tonal quality of his paintwork is quite distinct from all other painting of the Edwardian period in Australia.

Clydebank is historically important as the backdrop to most of Hugh Ramsay's short life; it was here that he established his first studio and painted many of his finest works, and it was here that he died, his career scarcely spanning a decade. Ramsay's strong attachments to home and family are demonstrated by the many portraits painted at Clydebank of his sisters, with the house and its interior ever-present in the background. That some of these elements can still be identified within the rooms of the former mansion today adds further texture to the interpretation of the artist, the paintings, and the house Hugh Ramsay inhabited.