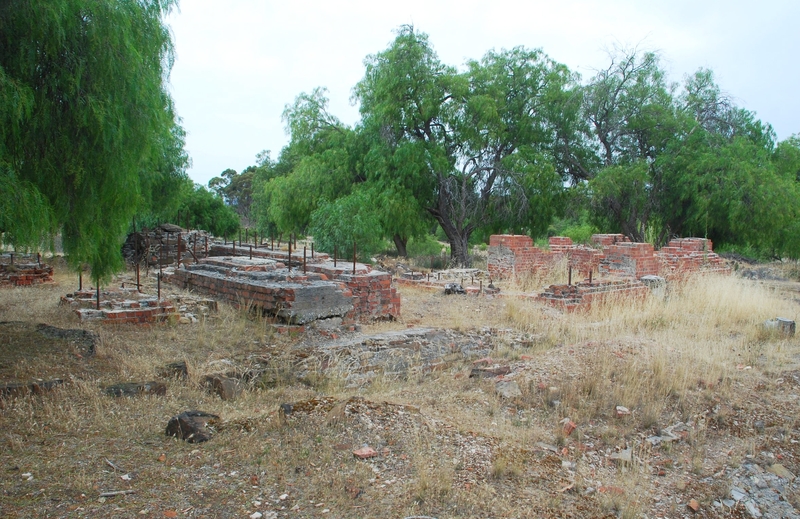 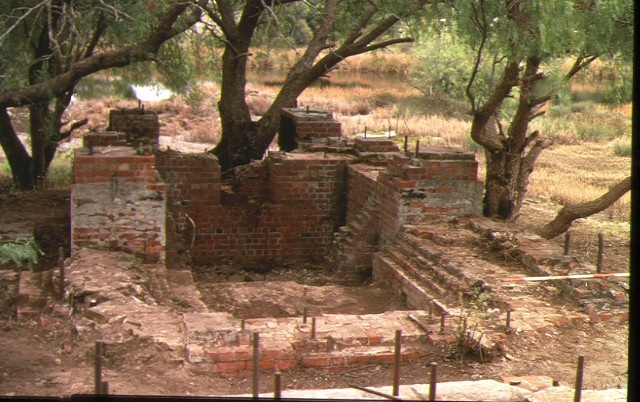 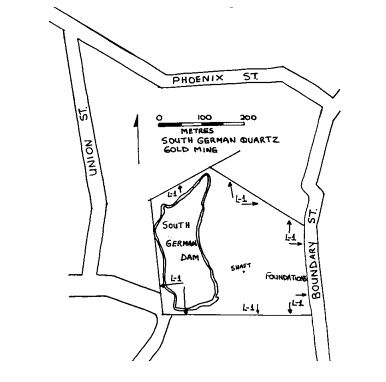 The Maldon Quartz Reefing Field, although relatively small compared to others in the State, was extraordinary rich in gold. The hardness and heavy mineralisation of the rock containing the gold placed Maldon's mining companies in the vanguard for the installation and use of new technology. The South German Company began its mining career in the mid 1870s with the installation of steam-powered pumping and hauling plant. In 1886, its confidence increasing, the company erected a 20-head stamp battery, which was later increased to 30-head. In 1887, the company constructed pyrites ovens for burning the battery sand, preparatory to gold extraction. In the 1890s, the South German mine became one of the largest producers of gold in Victoria and was of great importance to the social and economic condition of Maldon.

Towards the end of the century, the mine's production began to falter. To counter the decline, in 1897 an extensive re-treatment plant was installed, using the cyanide process to extract gold from tailings (waste battery sand). The company's pioneering use of the process was stunningly successful, resulting in the retrieval of as much gold from the discarded tailings as had already been obtained by crushing and the usual gold separation processes. In 1902 the South German Company lost the shoot of gold that had provided the bulk of its ore from 1886. Up to 1902, the company had paid £336,600 in dividends to shareholders; they were to receive little more as the company searched in vain for a continuation of the shoot. The mine was closed in 1918 when the shaft was flooded with water.

The South German Quartz Gold Mine is of historical, archaeological and scientific importance to the State of Victoria.

The South German Quartz Gold Mine is historically and scientifically important as a characteristic example of an important form of gold mining. Gold mining sites are of crucial importance for the pivotal role they have played since 1851 in the development of Victoria. As well as being a significant producer of Victoria's nineteenth century wealth, quartz mining, with its intensive reliance on machinery, played an important role in the development of Victorian manufacturing industry. The South German Quartz Gold Mine is important as a manifestation of this aspect of gold mining. The South German mine site is historically significant due to its role in pioneering the use of the cyanide process in Victoria. Its treatment works was extremely profitable and influenced many other companies to adopt the process. The South German Company used a cyaniding system which was invented and patented by JJ Deeble of Bendigo. This system was to become widely used both in Australia and overseas.

The South German Quartz Gold Mine is also significant for its potential to yield artefacts and evidence which will be able to provide information about the technological history of gold mining.