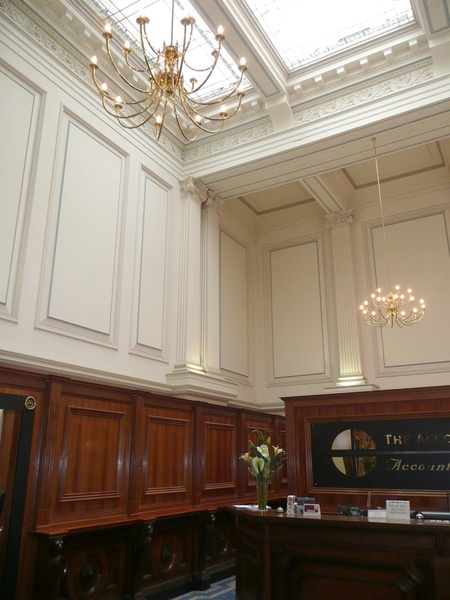 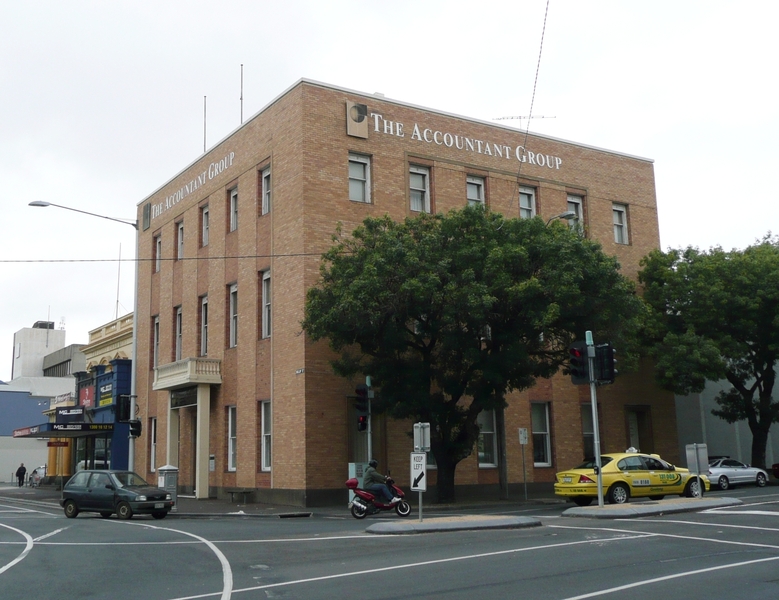 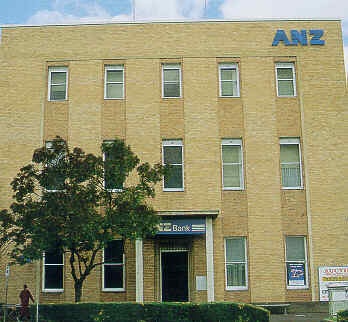 What is significant?
A branch of the Bank of Australasia was first opened for business in Geelong in 1846. In 1854 an allotment on the corner of Malop and Gheringhap Streets, Geelong was purchased and the existing bank building constructed in 1859-60 to designs by Melbourne architects, Purchas and Swyer. A number of banks were built at the west end of Malop Street at this time as it was assumed that the town would develop around the railway station. The Bank of Australasia and the Union Bank amalgamated in 1951 and the Australian and New Zealand Bank was formed.

The two main facades of the three storey bank building were constructed of Barrabool Hills sandstone in an Italian Renaissance palazzo style. By 1956 these stone facades had deteriorated to such an extent that a brick veneer was applied over the existing facades and the original external features were concealed. In 1977 extensive additions were made to the rear of the building, necessitating the demolition of such rooms as the kitchen, scullery, clerk’s room, stationery room and one strong room. This two storey extension was connected to the original bank building and openings were created in the banking chamber to connect the two sections. The existing interior, which had been retained, was restored at this time.

The business portion of the premises occupied the ground floor and the private areas occupied the upper two floors. The banking chamber, entered through a cedar vestibule, is of double height, lit by ornamental glass panels in the ceiling, covered externally by sloping skylights. The chamber features strongly modelled plasterwork, such as a rich Ionic cornice, panelled ceiling and wall pilasters, and cedar counters. A number of the ancillary rooms on the ground floor remain and retain their original decoration. The manager’s room retains an original speaking tube to the drawing room, dining room and bedroom above.

The manager’s residence occupied the two upper floors with access provided by a separate entrance through double doors from Gheringhap Street, and an unusual oval spiral staircase with wrought iron balusters. The dining room and drawing room of the first floor are decorated elaborately, while the second floor rooms are less decorative.

How is it significant?
The interior of the ANZ Bank, Malop Street, Geelong is of aesthetic and historical significance to the State of Victoria.

Why is it significant?
The ANZ Bank, Geelong is of aesthetic significance as a highly intact mid-nineteenth century bank interior. The banking chamber, with its strongly modelled plasterwork, glass ceiling lights and cedar fittings; and the unusual spiral staircase are of particular note. The retention of the decoration in subsidiary public rooms and such private rooms as the dining and drawing rooms on the first floor, add to the assemblage of intact interiors.

The interior of the ANZ Bank, Geelong is of historical significance as an illustrative example of a large banking complex of the nineteenth century. The scale of the building, and the incorporation of the manager’s residence, demonstrates the importance of the bank at that time, and the richly decorated interior of the residence indicates the status of the bank manager in this period. The retention of a speaking tube between the manager’s office and rooms upstairs is an important remnant of the nineteenth century bank.
[Online Data Upgrade Project 2004]