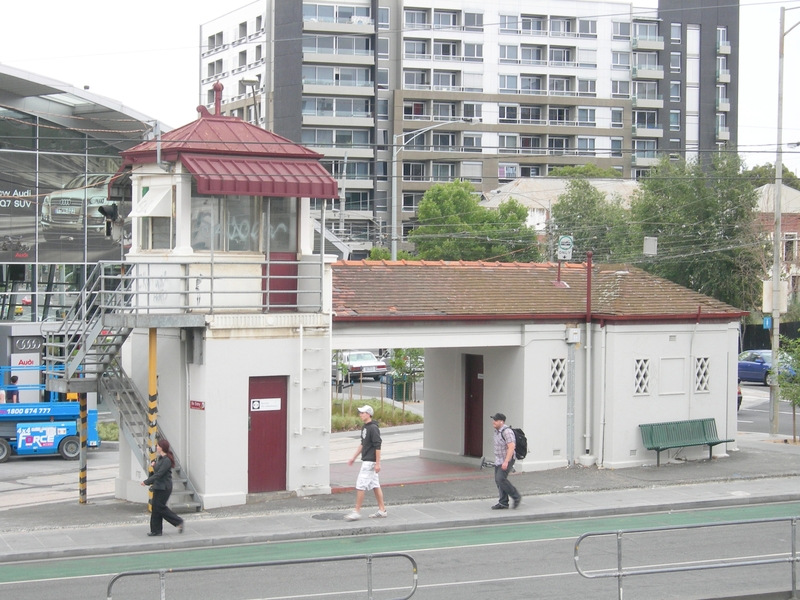 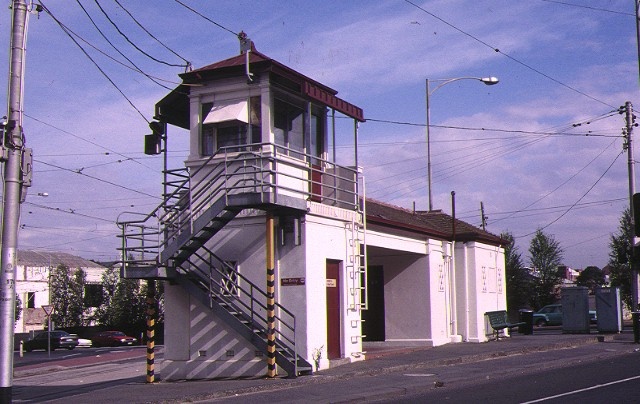 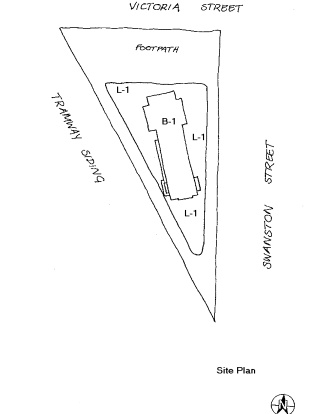 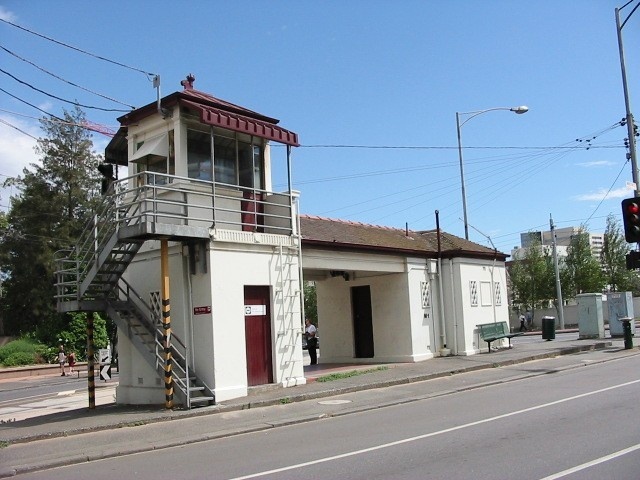 What is significant?
The Tramway Signal Cabin, Waiting Shelter and Conveniences were built in 1928 to the design of the Melbourne and Metropolitan Tramways Board architect Alan G Monsbourgh. . It was built soon after the electrification of the Swanston Street and St Kilda Road cable tramways and controlled the shunting and dispatch of the increasing volume of electric trams arriving from the southern suburbs. The complex originally comprised female public toilets at the north end, a roofed passenger waiting area, a small store and toilet for staff at the south end, and a first storey enclosed signal cabin with balconies, reached by rung ladder. Construction is of concrete, rendered brick and a hipped roof of terra cotta tiles. The side awning roofs and the steel staircase are later additions. The interlocking signal system was supplied by the General Railway Signal Company of Rochester, New York. The signal cabin became redundant in 1991.

How is it significant?
The Tramway Signal Cabin, Waiting Shelter and Conveniences complex is of historical significance to the State of Victoria.

Why is it significant?
The Tramway Signal Cabin, Waiting Shelter and Conveniences complex is historically significant as the only surviving elevated signal cabin associated with an operating tramway system in Australia. It is significant for its ability to demonstrate the development of Melbourne's electric tramway system.
Show more
Show less
All information on this page is maintained by Heritage Victoria. Click below for their website and contact details.