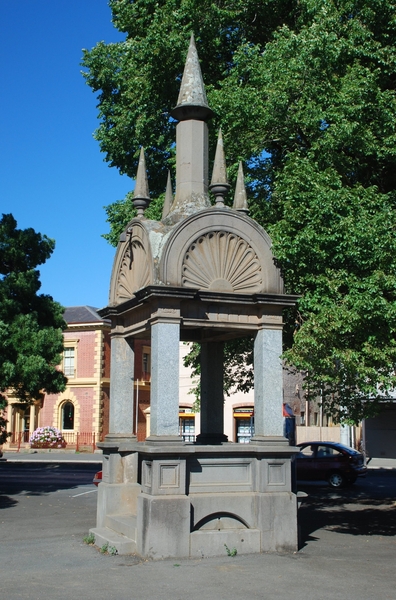 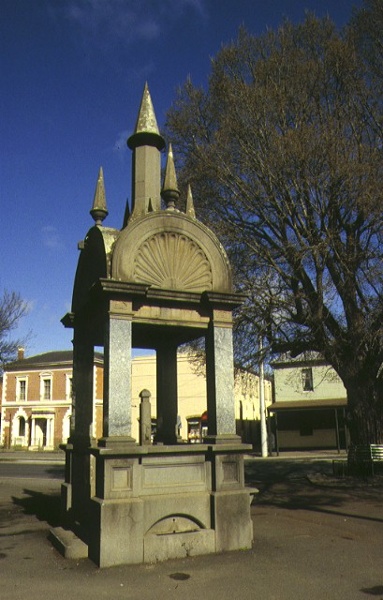 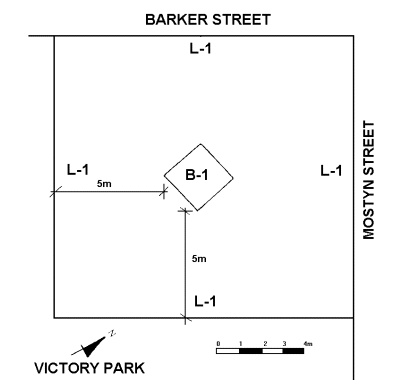 The Patterson Memorial Drinking Fountain was built in 1897 to commemorate Sir James Patterson, Member of Parliament for Castlemaine from 1870 to 1895 and Premier of Victoria from 1893 to 1894. The council had held a competition and the winning entry was by artist and architect TF Levick, Art Master at the Castlemaine School of Mines. The contractor was WT Jones, and the carvings by Mr Brocket of Kyneton from models prepared by the architect. The fountain is a large, elaborate structure in bluestone, granite, concrete, and marble with four pillars arranged in a square supporting a pedestal which is surmounted by four arched pediments with pointed finials and a tall central finial with a conical cap. The drinking fountain is in the centre with carved dolphin-like figures above the fonts. A trough was provided for horses and cattle, and at both ends of the fountain there are drinking troughs for dogs.

The Patterson Memorial Drinking Fountain has architectural and historical importance to the State of Victoria.

The Patterson Memorial Fountain is historically important for its associations with Sir James Patterson, butcher, auctioneer and politician, who represented Castlemaine in the Legislative Assembly for 25 years.