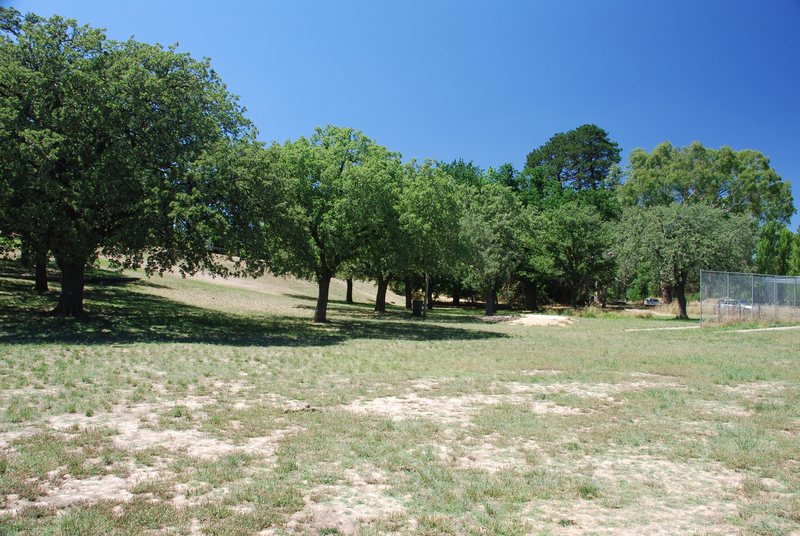 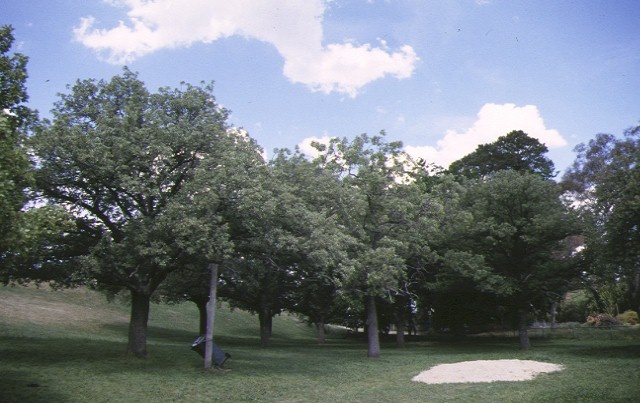 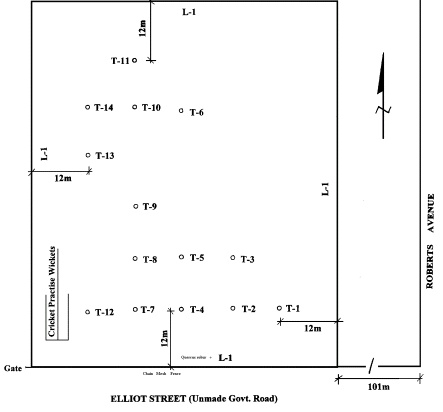 The Valonia Oak (Quercus ithaburensis subsp. macrolepis) is one of the principal sources of tannin and during the nineteenth century English firms were importing thousands of tons acorn cups from Turkey. In Australia, wattle species were used for tanning but by the late nineteenth century uncontrolled bark striping had brought the population to the edge of extinction. The first importation of Valonia Oaks into Australia was by Mr George Cunnack, tanner, currier and leather merchant of Castlemaine. Acorns in two Wardian Cases were imported in June 1879, and under the direction of William Ferguson, Curator of the Macedon State Nursery, acorns were planted in a paddock adjoining Cunnack's tannery. The trees first produced acorns in about 1893 and trees were distributed to Sydney, Adelaide, Queensland, Melbourne, Geelong, Ballarat, Warrnambool, Portland, Port Fairy, Dookie and Mildura. There are only three surviving plantations in Victoria, at Castlemaine, Mooroopna Common (10 trees) and Glenaroua homestead (24 trees) near Broadford, Leongatha Labour Colony (row 6 trees) and a few isolated trees in Victoria.

The Cunnack's Valonia Oak Plantation is of historic aesthetic and scientific importance to the State of Victoria.

The Cunnack's Valonia Oak Plantation of fourteen trees is historically significant as it is the first attempt in Australia to establish an exotic replacement for local wattle species, which had been brought to the edge of extinction by uncontrolled wattle bark stripping.

Cunnack's Valonia Oak Plantation is of scientific and horticultural significance due to the plantation being the first planting in Australia. The site supplied acorns to set up other plantations in Victoria, South Australia and New South Wales. The plantation is one of only three in Victoria, and the species is uncommon in cultivation. The specimen in the north east corner produces very large acorns and is the largest and finest specimen in Victoria

The plantation of fourteen Valonia Oaks is of aesthetic significance due to their landscape value, attractive woodland setting, canopy shape and size, and are a dominant planting in the school grounds.