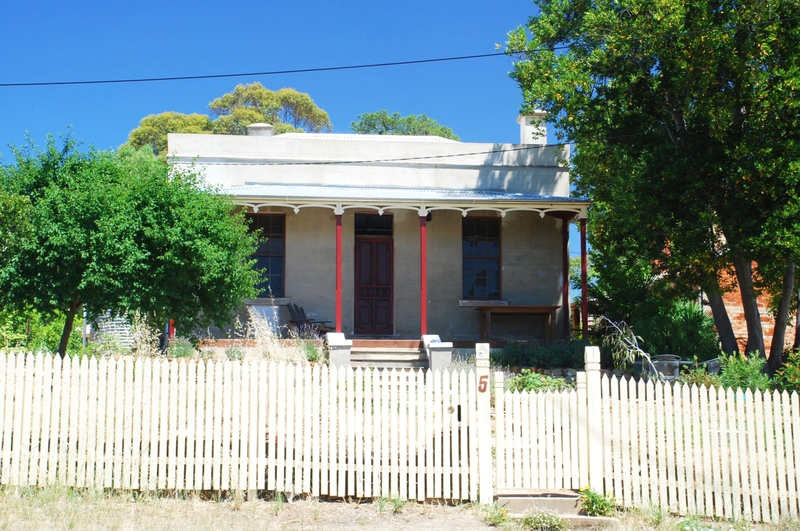 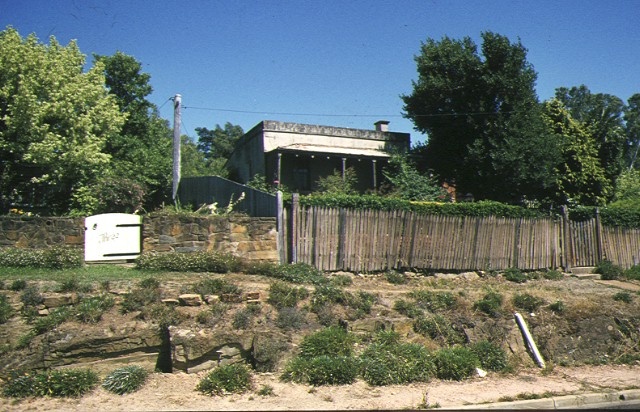 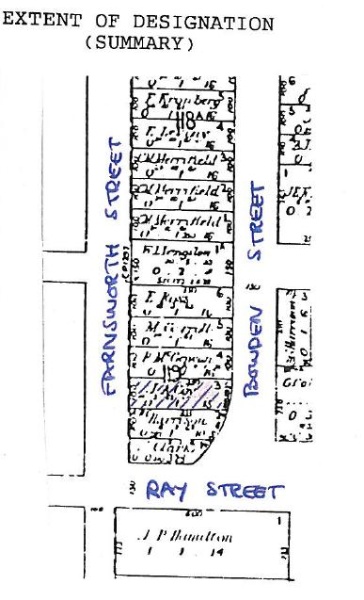 No.5 Bowden Street was built in the 1860s for James Ah Coy, a Chinese interpreter. Ah Coy achieved a certain amount of notoriety in 1869 when, following a petition by members of the Chinese community, an enquiry was held into his activities in collecting mining licence fees.

The architect and builder of this small regency house are not known but it is typical of a number of late regency dwellings erected in Castlemaine in the 1860's - for example, 2 Burnett Road and 167 Mostyn Street.

Constructed of brick with corrugated iron roofing, the facade and sides are rendered and unpainted and there is a simple parapet on three sides. The facade is symmetrically composed about a central doorway with a concave verandah across the front on timber posts.

The valance boards are simply decorated. The picket fence appears to be original. The house occupies a prominent position on the hill to the east of the town and is a very fine example of a small but imposing cottage remarkable late in terms of its architectural style.

It has important connections with the Chinese mining community of Castlemaine. This building is important in illustrating the story of the limited assimilation of the Chinese into Victorian goldfield communities.