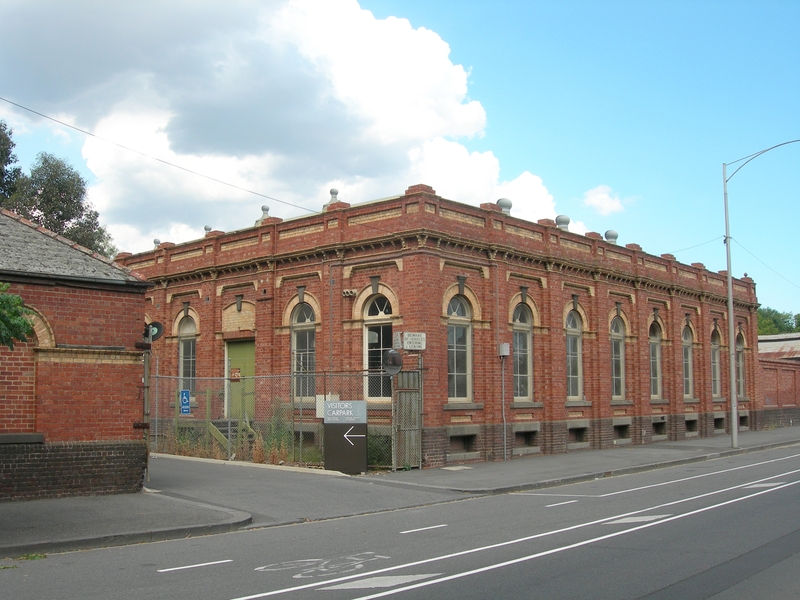 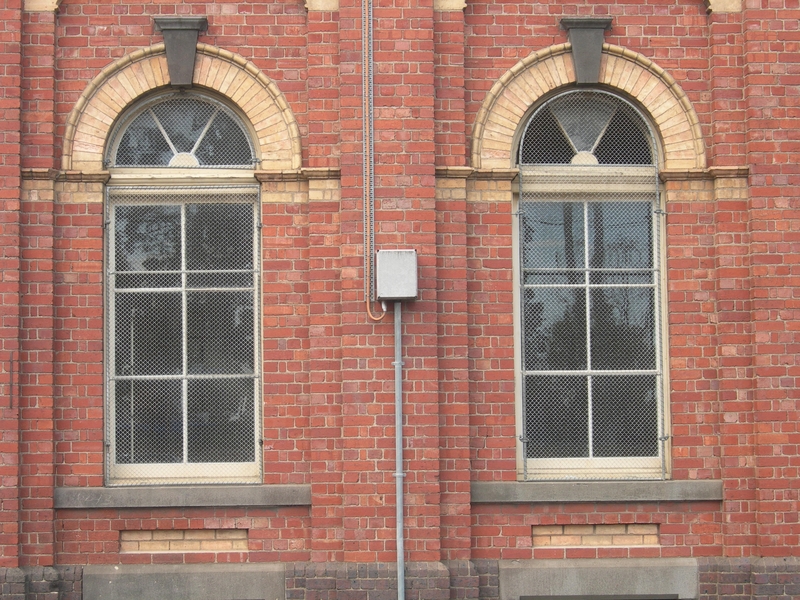 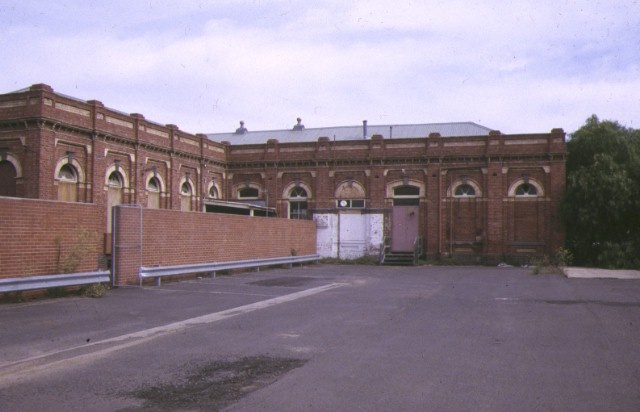 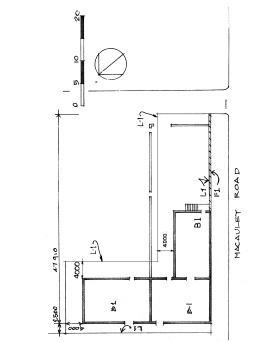 The Gas Regulating House at North Melbourne is a remnant component of a once larger town gas distributing site. The Melbourne Gas Company became the monopoly gas manufacturer in Melbourne from 1 January 1878. Town gas was manufactured from coal at the Melbourne Gas Company's large plant in West Melbourne directly adjacent to the Yarra River where the coal was easily delivered by ship. The North Melbourne Outstation was established in 1887 as part of the distribution network from the West Melbourne plant via the (now demolished) 3 million cubic foot gasometer and the governing and pressure raising plant in the adjacent brick building. From North Melbourne gas was supplied to the Fitzroy and Essendon outstations as well as the north and north west regions. The Gas Regulating House was constructed of finely modelled brickwork. The window arches are in rubbed cream brick, cornice lines are in brick specials with pressed and shaped brick clay bracket work, and recessed parapet panels are in bi-chrome brickwork. The interiors are of hard plaster walls in panels with an acanthus capital to the intermediate engaged pilasters, lath and plaster ceilings with deep cornices and ceiling roses, as well as other features which give a domestic decorative appearance unusual in an industrial building.

The Gas Regulating House at North Melbourne is of historical, scientific (technological) and architectural significance to the State of Victoria.

The Gas Regulating House is of historical significance as a rare surviving component of a once large metropolitan gas supply infrastructure which is today almost completely obliterated, with only the supply pipelines remaining in use for natural gas distribution. The town gas industry, which was developed during the second half of the 19th century, improved living and working conditions and drastically changed the way of life of many Victorians.

The Gas Regulating House at North Melbourne is of scientific (technological) significance as a rare surviving example of a 19th century gas regulator, its importance compounded by the survival of some of its early regulating valves. Only one other metropolitan regulating house is known to survive, in St Kilda Road, but it has no equipment and is much smaller.

The Gas Regulating House at North Melbourne is of architectural significance as a fine example of a 19th century industrial building. The substantial character of the building, especially its unusually decorative interiors, reflects the importance of the new gas industry in the 19th century city.