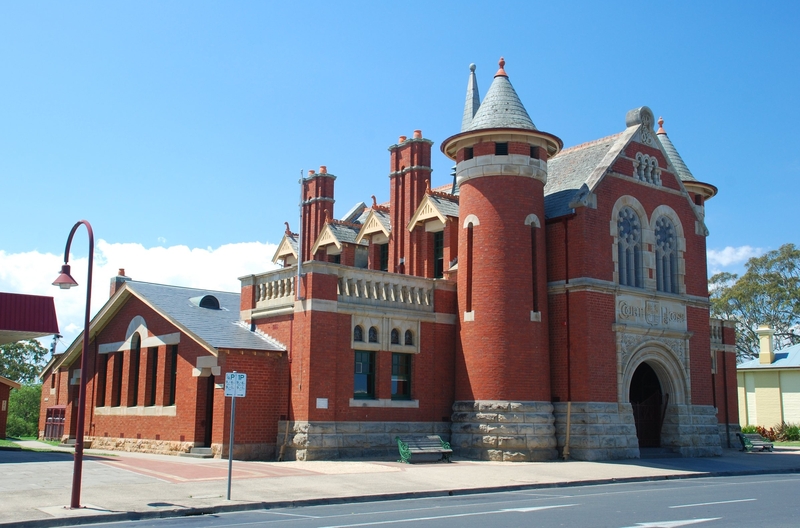 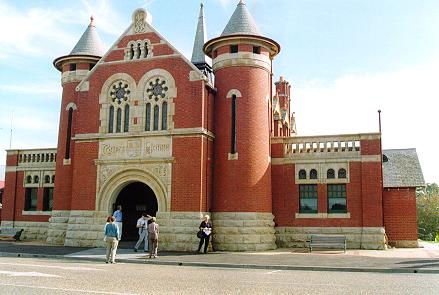 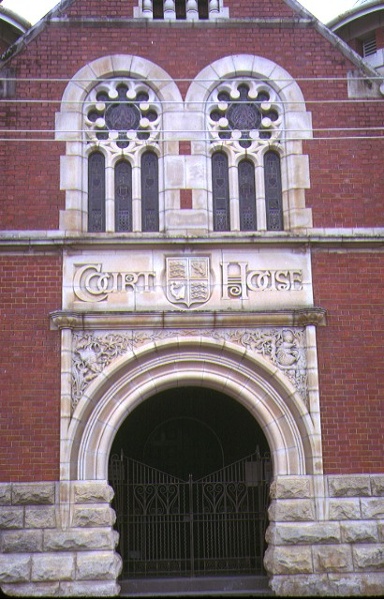 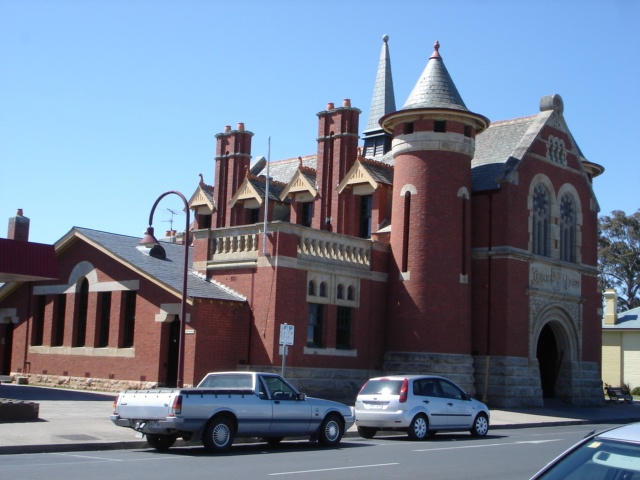 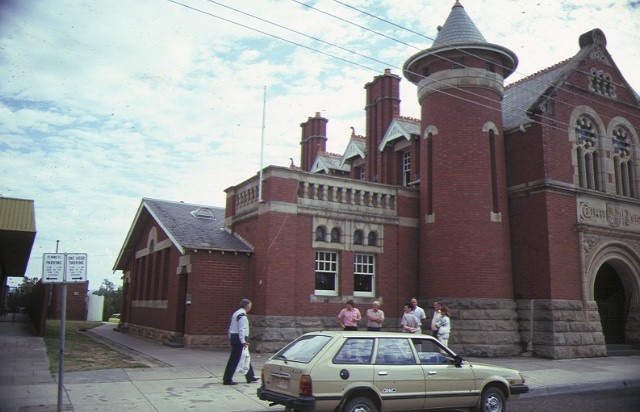 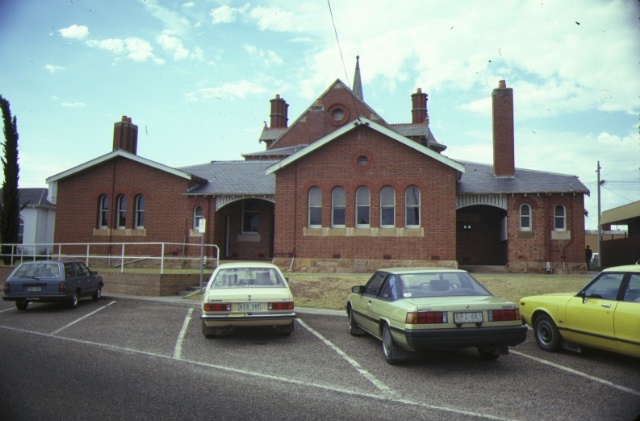 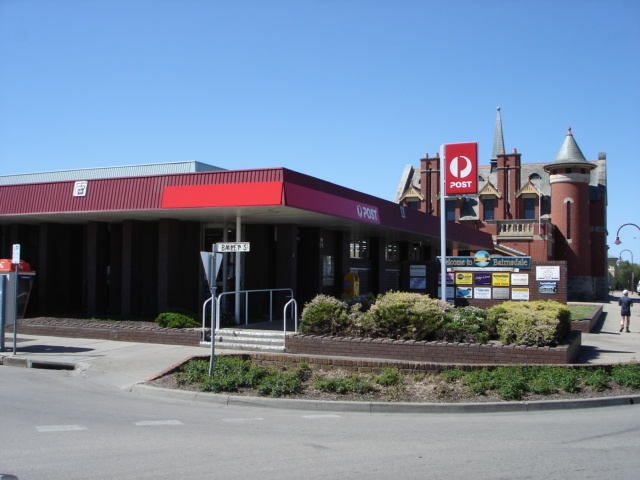 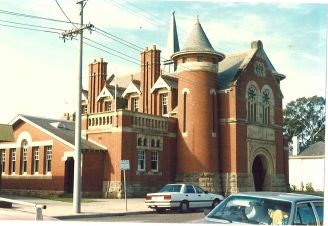 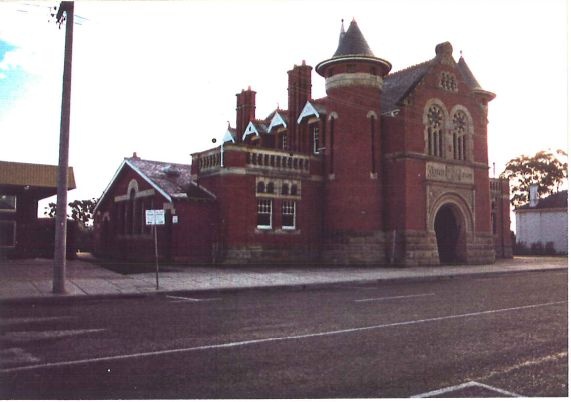 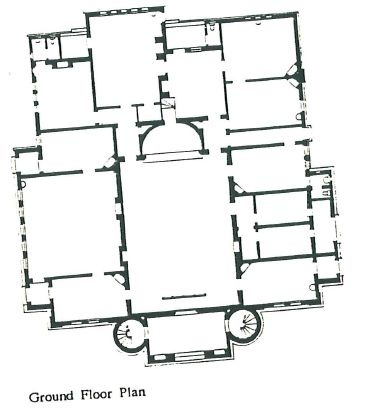 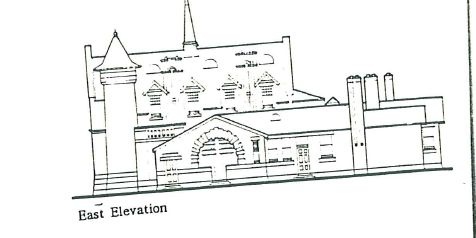 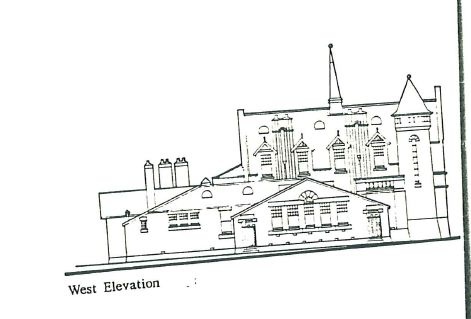 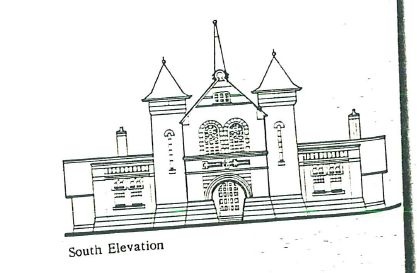 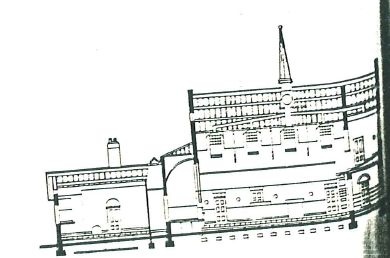 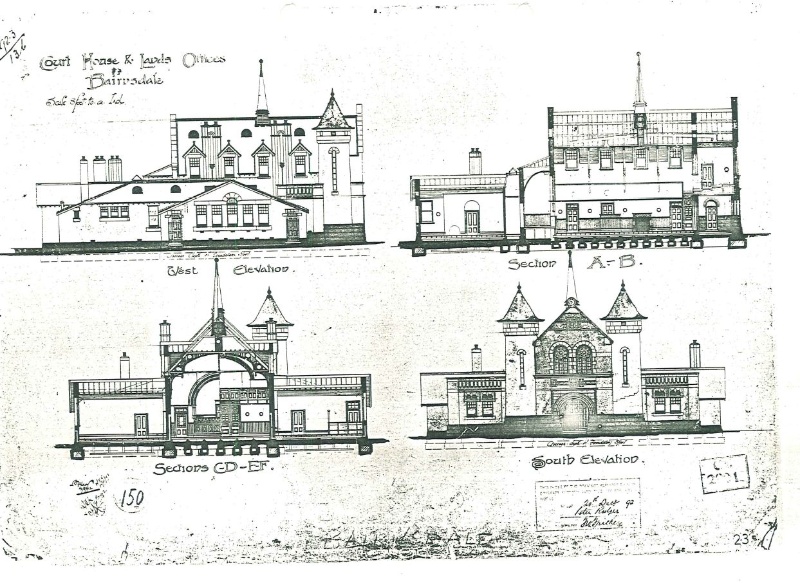 Bairnsdale Court House was built in 1893 during a severe economic depression and held its first sitting on 25 April 1894. An unusually extravagant building for these times, it was designed in Federation Romanesque style by AJ Macdonald of Victoria's Public Works Department and reflects diverse influences including the Arts and Crafts Movement, Art Nouveau and Romanesque trends. Peter Rodger of Williamstown was the builder and Harry French of Bairnsdale was Macdonald's supervising architect. The double-storey brick building utilised local materials and is located on a prominent site adjacent to the Shire Offices with a frontage of 90 feet by 100 feet depth in Nicholson Street. Its central courtroom includes an upper gallery and is surrounded by several offices to the north and west, as well as a smaller courtroom to the east (which was the Bairnsdale Lands Office). An original Tobin tube ventilation system survives in most rooms. The building is largely intact and is a striking structure reminiscent of a fairytale castle with turrets, towers, balustrading and spire, as well as a gable roof with steep and gentle pitches, skylights and dormer windows. Adding to these picturesque qualities is an attractive decorative scheme featuring high quality stone sculptured panels depicting Australian flora and fauna.

Bairnsdale Court House is of historical, aesthetic, architectural, and scientific significance to the State of Victoria.

Bairnsdale Court House is historically significant as an early Victorian example of the quest for an 'Australian' architectural style. It is historically significant as a building which anticipates many overseas styles and buildings of similar form, and which predates the major American Romanesque architecture of Melbourne and Sydney. It is historically important as a surviving work of the brief and distinguished career of architect AJ Macdonald. It is historically important as a rare and highly intact example of the small group of court houses built in Victoria during the 1890s, and is notable for exhibiting a high degree of extravagance and optimism that was generally uncharacteristic of these economically depressed times. The building is also historically significant as the first Victorian court house to introduce distinctively Australian decorative elements by depicting native flora and fauna alongside traditional symbols of inherited British justice, and thus is important for its potential to illustrate the acclimatisation of the justice system in Australia which gathered momentum in the lead-up to Federation. The original and altered internal spaces of Bairnsdale Court House are historically significant for demonstrating aspects of the hierarchy and functions of law in Victoria since 1893, as well as attitudes to gender at the time of its construction.

Bairnsdale Court House is architecturally significant as an outstanding example of a Victorian court house designed in the Federation Romanesque style.

Bairnsdale Court House is of scientific (technical) significance for the ventilation system in the building which has survived with a high degree of integrity and demonstrates an important technical innovation adopted in many Victorian public buildings in the late nineteenth century.