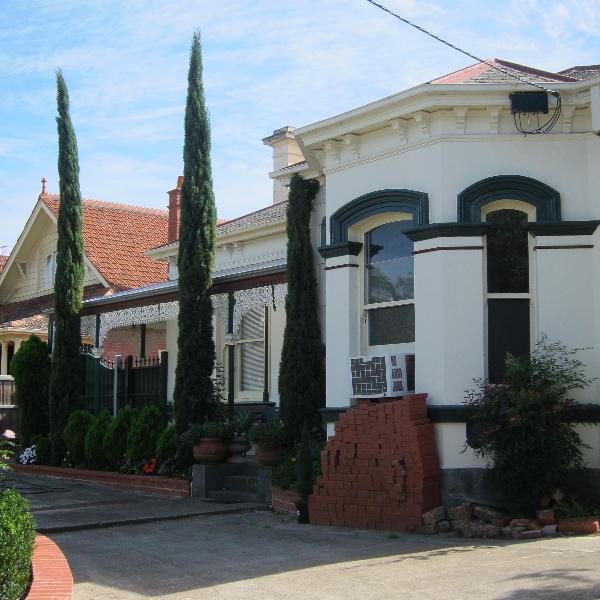 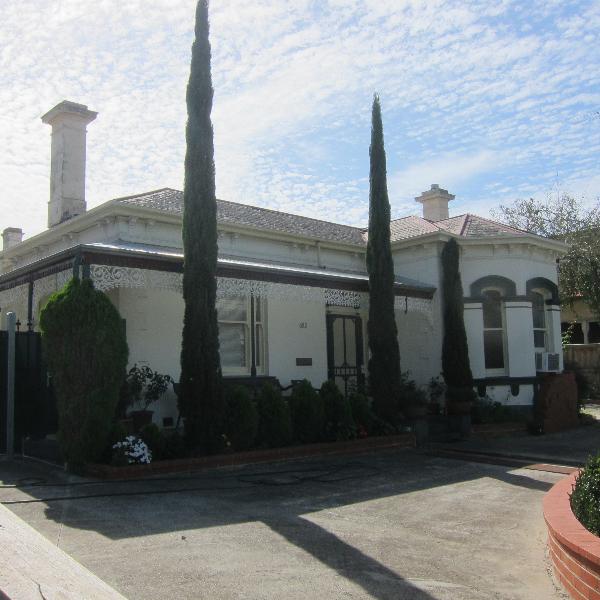 How is it significant?
The house, formerly known as 'The Elms' at 683 Park Street, Brunswick, is of historical and representative significance to the City of Moreland.

Why is it significant?
It is historically significant as a fine example of the substantial villas erected for prominent citizens along Park Street in the nineteenth century, which reflects its prestigious status due to the proximity to Royal Park and Princes Park and the more desirable suburbs of Parkville and Carlton. It is also of historical significance for its association with City of Melbourne councillor and former Mayor of Melbourne and local identity, William Strong (1843-1915). (Criterion A) It is significant as a good and well-detailed example of a freestanding residence in the Victorian Italianate style, which is complemented by an early cast iron palisade front fence with bluestone plinth. Typical of the style, the house is asymmetrical in plan with a canted bay and a M-type hipped roof clad in slate with bracketed eaves and several rendered chimneys with moulded cornices, while the return verandah has cast iron verandah posts with Corinthian capitals and cast-iron frieze and brackets, and there is an applied scalloped detail to the verandah beam. Bluestone steps lead to the entrance doorway, which has sidelights and highlights. The house is notable for its relatively large size and elevated siting on a larger allotment and for details such as the decorative quoining to the wall corners and the three segmental arch double-hung timber sash windows (the side windows having narrower profiles) to the projecting bay, which have cement render hood moulds and imposts and a continuous moulded sill with brackets, while the tripartite window beneath the front verandah has colonettes between the sections and a moulded sill. (Criteria D & E)