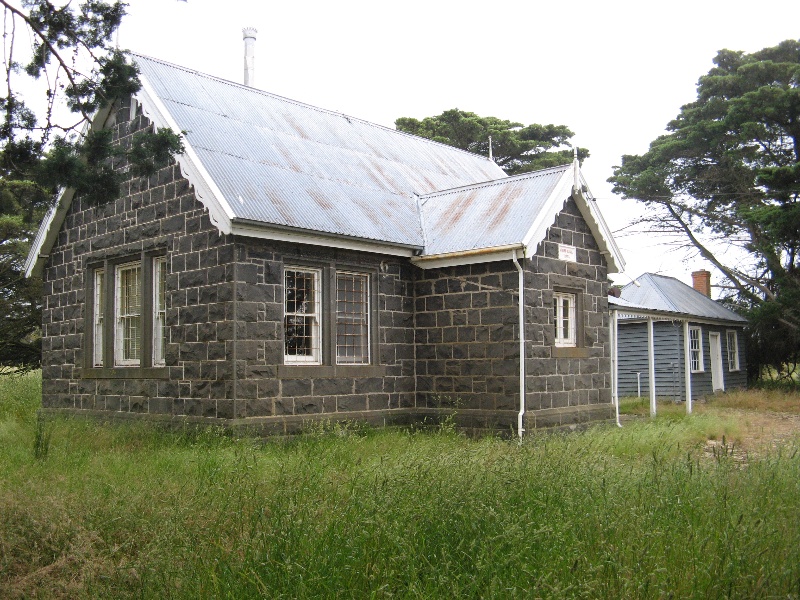 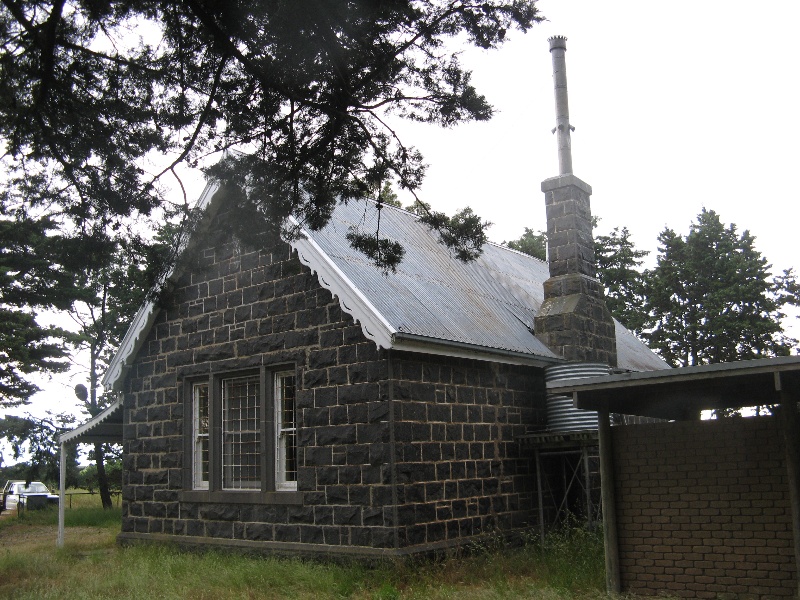 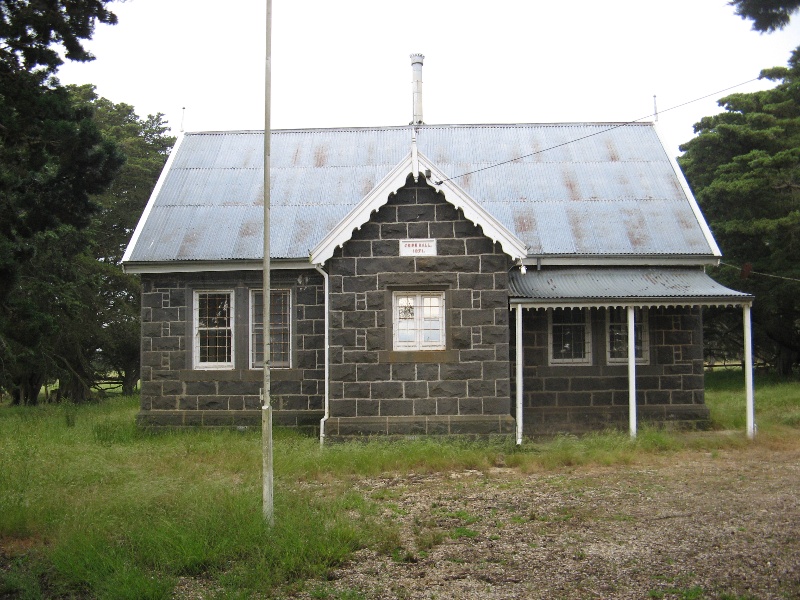 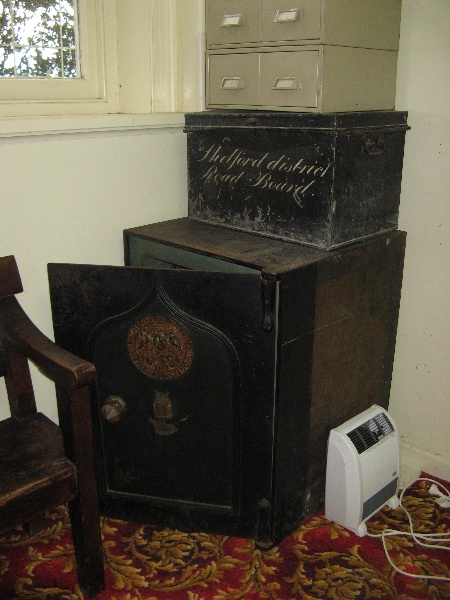 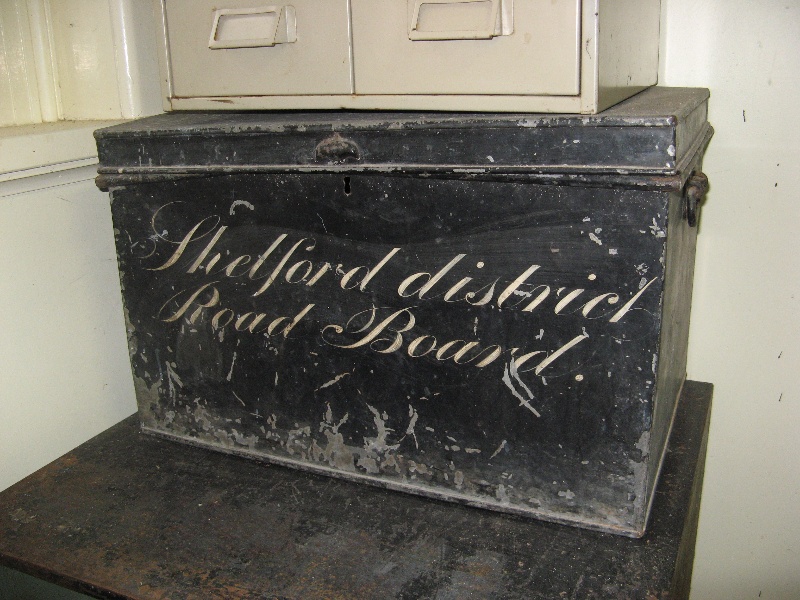 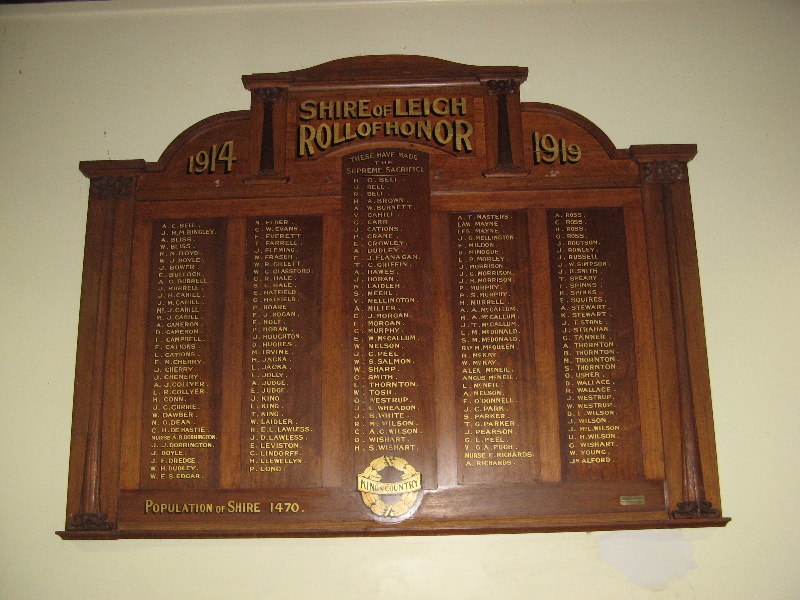 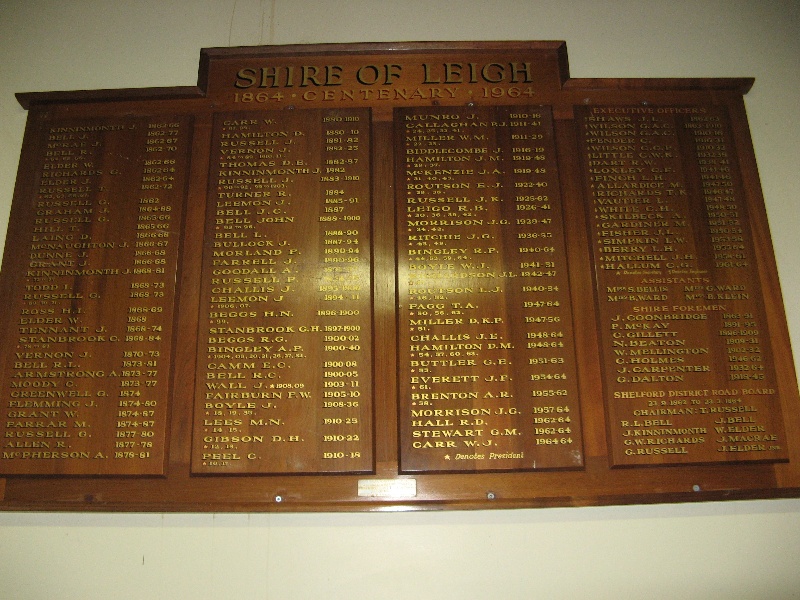 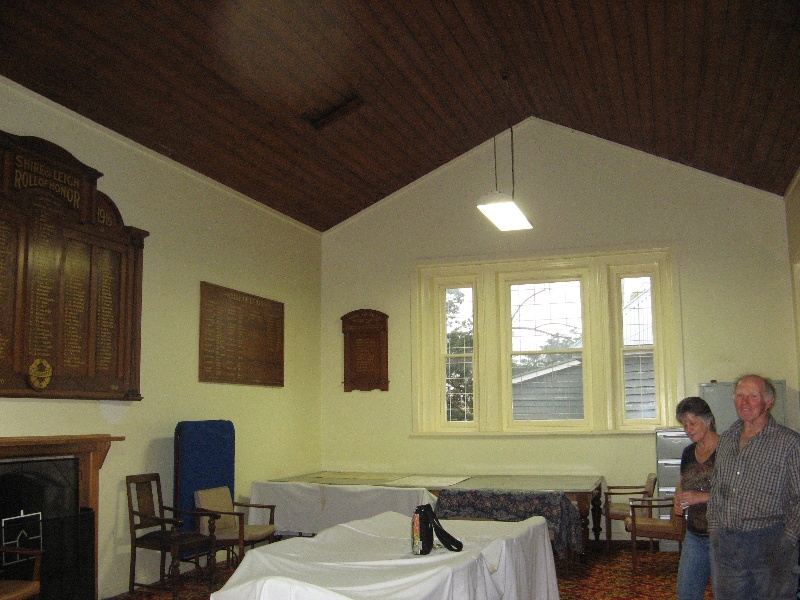 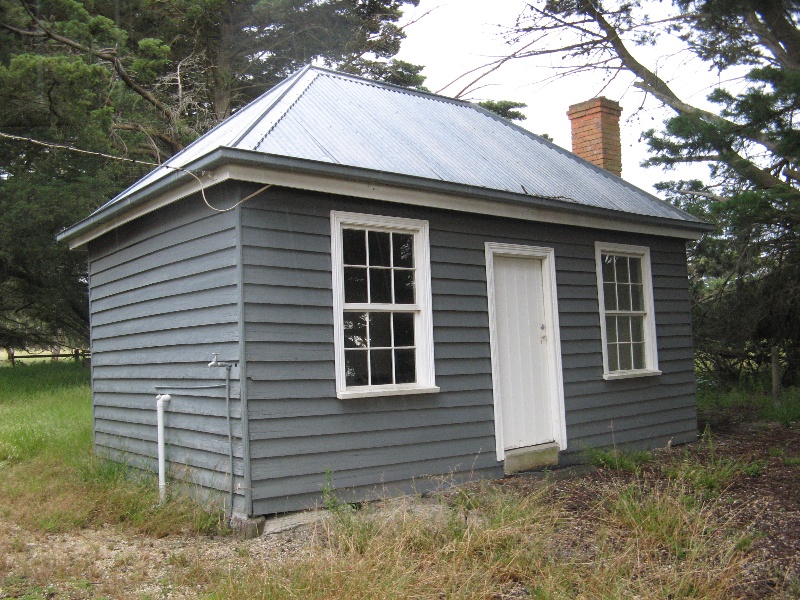 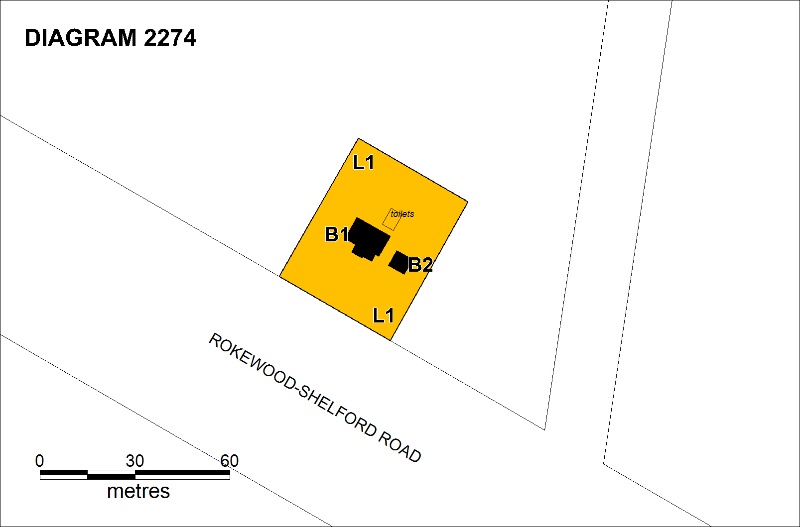 The former Leigh Shire Hall is a bluestone building located at Warrambine, an isolated rural location on Warrambine Creek, half way between Rokewood and Shelford. Next to it is a small timber toll house, which was originally located at Hesse, about 19 kms to the south. The former Leigh Shire Hall, designed by the Shire Engineer C Wilson, was built in 1871-2 at a cost of £455. Local government in Victoria originated from the early 1850s with the establishment of the local road boards. These were later replaced by local councils, which continued responsibility for the construction and maintenance of roads. The Shelford District Road Board was formed in 1861, its first meeting being held in 1862 in an inn at the Warrambine Creek crossing. The road district became the Leigh Shire in 1864 and the new shire hall was built opposite the inn in this central location within the shire. The toll house was built by the Council in 1870, on what later became the Hamilton Highway. At some time after tolls were discontinued in 1877 the toll house was moved to a site next to the shire hall, where it was used as a waiting room. The hall was used until 1968, when the shire offices were moved to Rokewood.

The former Leigh Shire Hall is a small symmetrical Gothic Revival style bluestone building with fretted bargeboards and verandah valance and with a corrugated iron roof. There is a projecting gabled entrance foyer and a verandah sheltering the doorway. Internally the hall has only one room, with a sloping timber ceiling and plastered walls. There is a fireplace with timber surrounds on the wall opposite the entrance and there are World War I, World War II and Shire Council Honour Boards. An early freestanding steel safe and a metal trunk with 'Shelford District Road Board' (implying a date of 1862-64) written on the side in Copperplate have been retained in the building. Adjacent to the hall is the former Toll House from Hesse, a small symmetrical timber building with a corrugated iron hipped roof and a with a skillion addition at the rear. The site is bordered by mature conifers.

The former Leigh Shire Hall andToll House are of architectural and historical significance to the state of Victoria.

The former Leigh Shire Hall and Toll House are historically significant for their association with the beginnings of local government in Victoria. The shire hall is unusual in being located not in a major town but at a central though isolated location within the shire, minimising travel distances for members and residents, and reflects the difficulties of travel during the nineteenth century. The former Toll House is historically important as one of the last remaining nineteenth century toll houses in Victoria. The former shire hall and the toll house together reflect the association between the district road boards and their successors, the early shire councils, the main responsibility of both of which was the construction and maintenance of roads, funded partly by the collection of tolls. The metal trunk in the hall once owned by the Shelford District Road Board is a rare reminder of the early road boards, the short-lived precursors of local government in the state.

The former Leigh Shire Hall is architecturally significant as a fine example of a small bluestone shire hall in a Gothic Revival style, with fretted bargeboards unusual for this period. The toll house is architecturally significant as a now rare example of a building type which was once common, but of which only a few examples survive in Victoria.