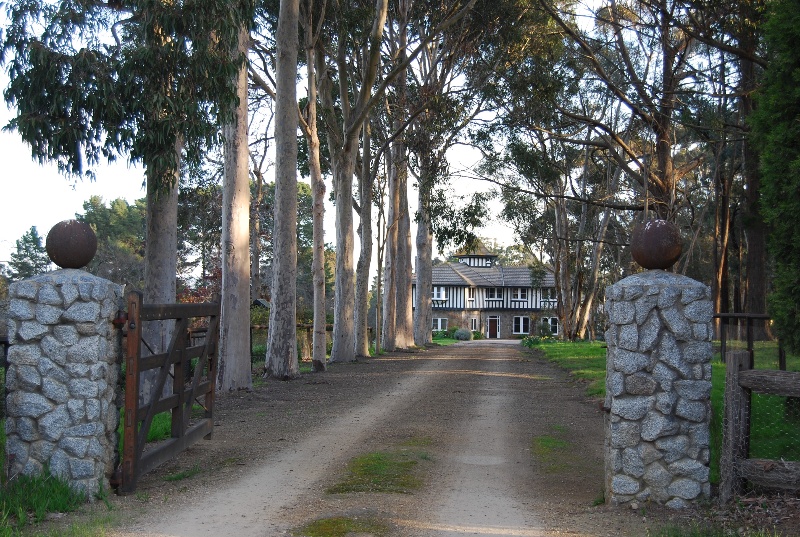 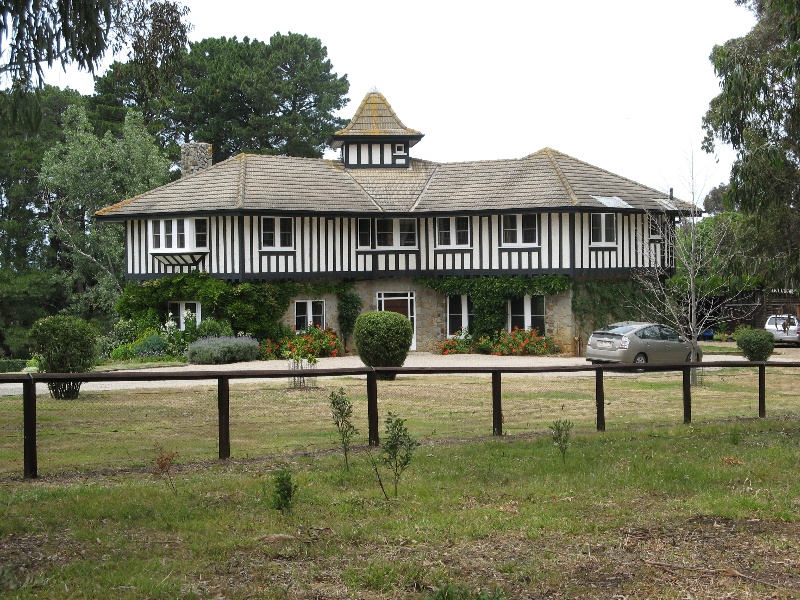 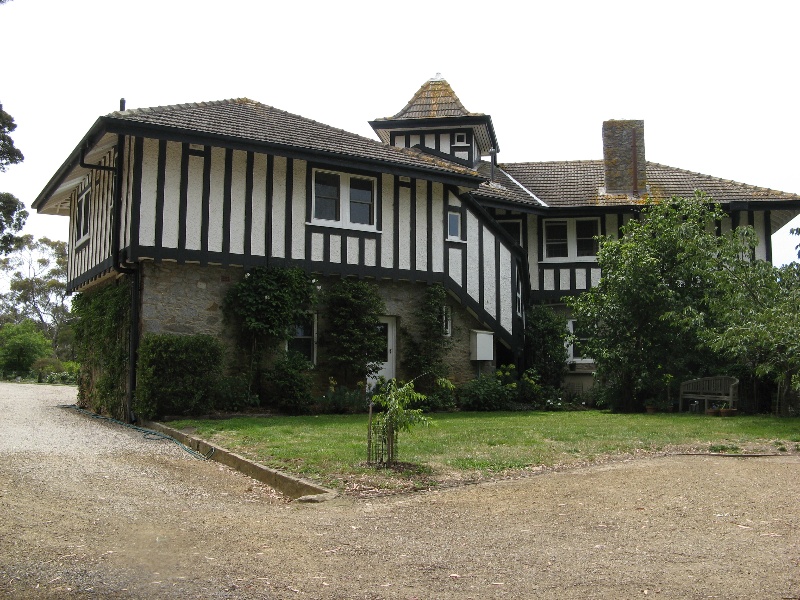 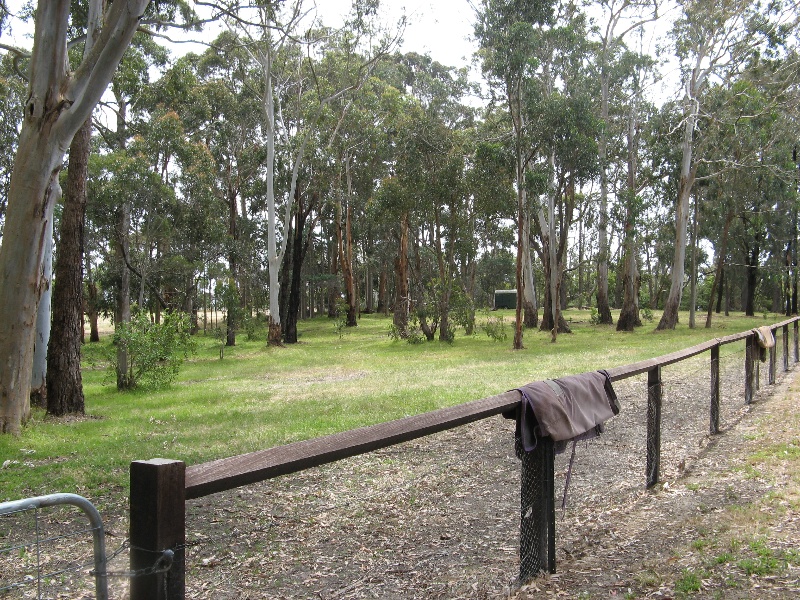 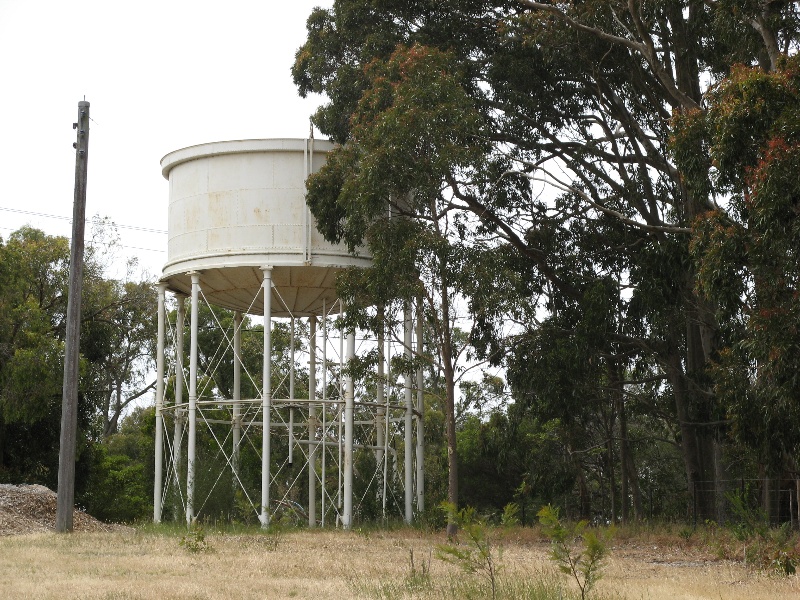 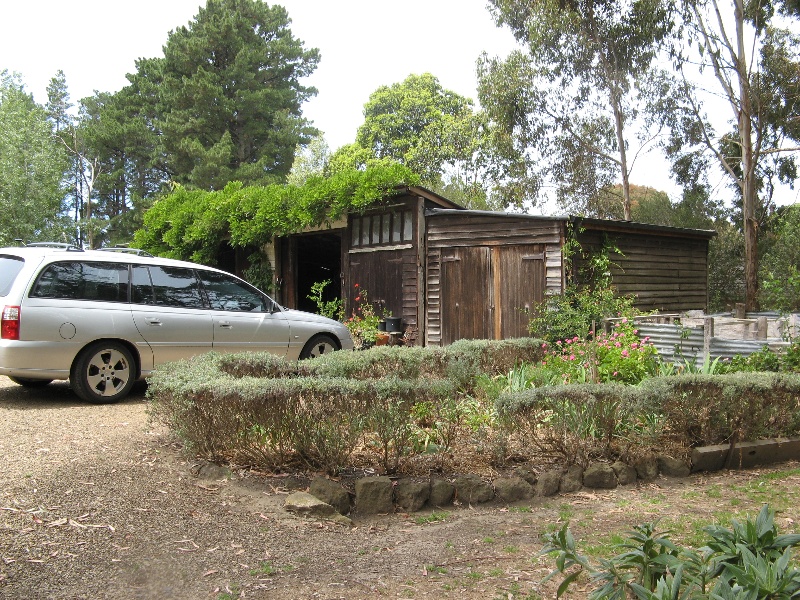 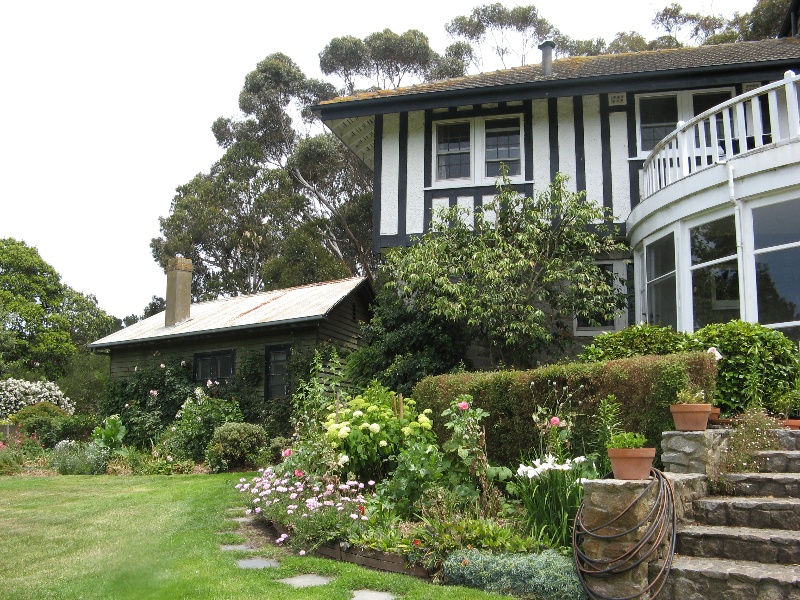 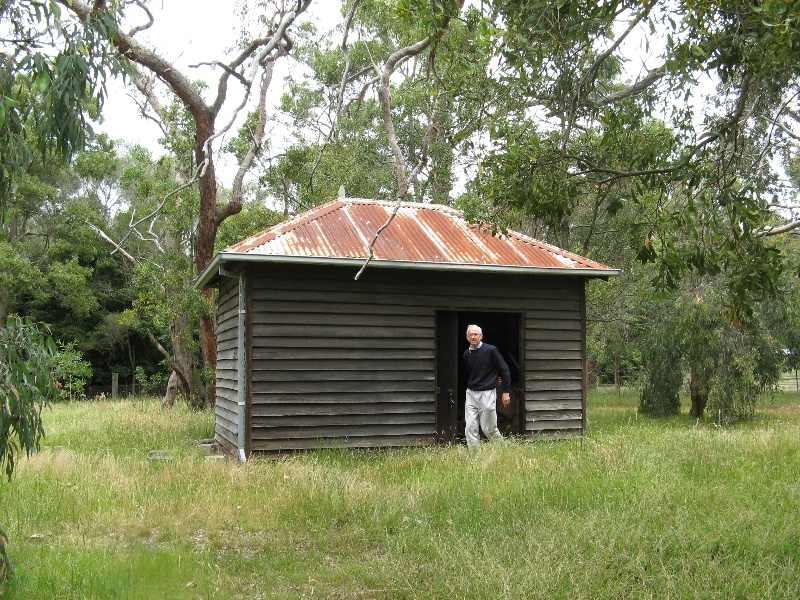 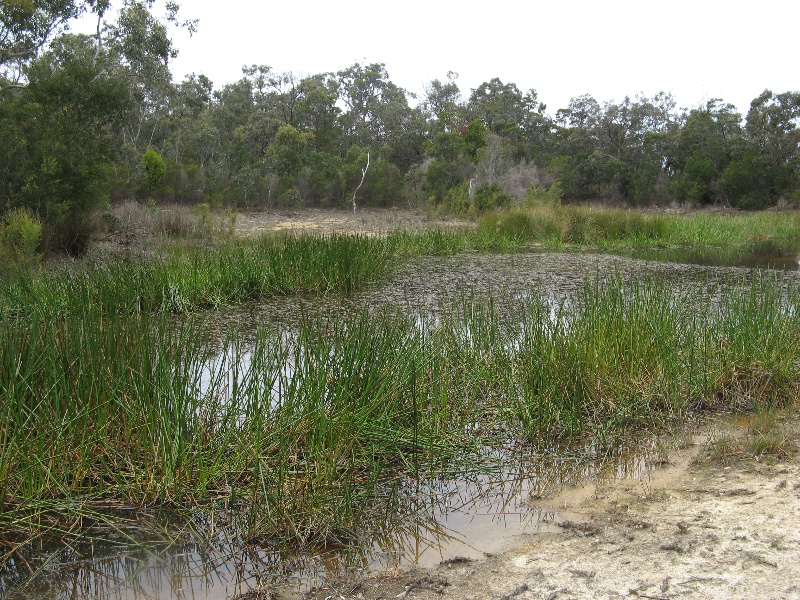 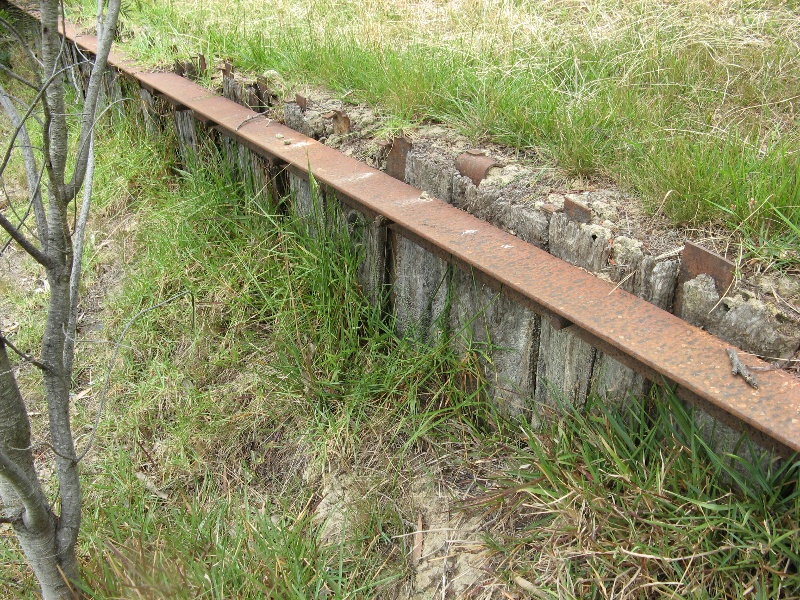 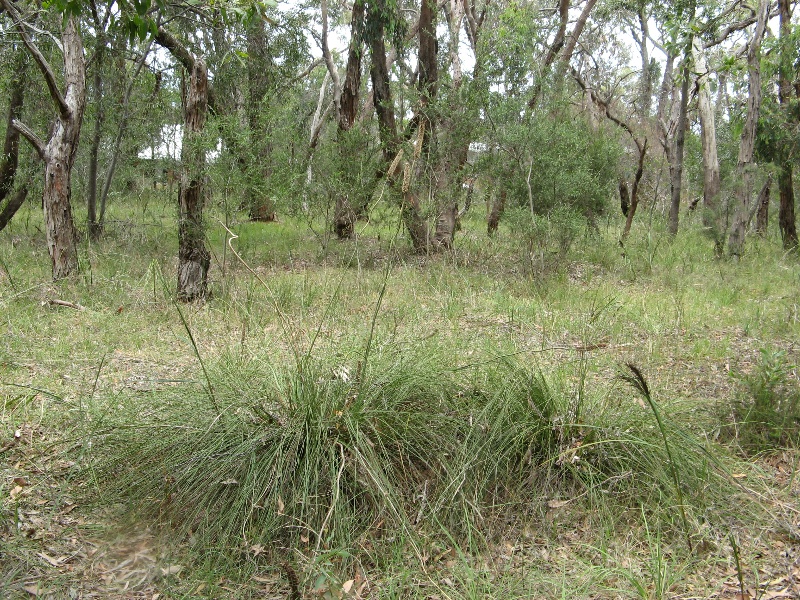 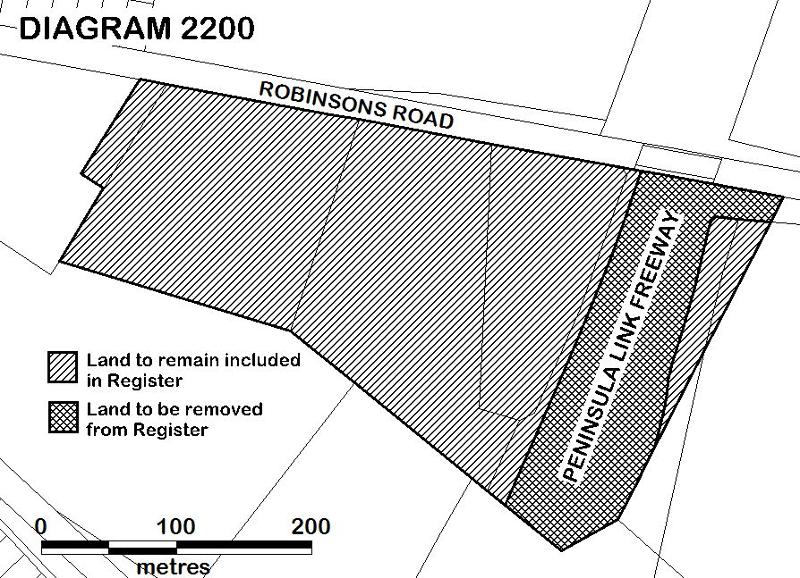 Westerfield was a 45 hectare property purchased in 1920 by Russell and Mabel Grimwade as a farm and rural retreat, in an area which became popular in the 1920s for the holiday houses of Melbourne's most prominent families. Russell Grimwade (1879-1955) was one of Australia's outstanding industrialists, scientists and philanthropists. He was trained in science, was chairman of numerous chemical companies, including the family pharmaceutical business, Felton Grimwade & Co, which later became Drug Houses of Australia, and of the Victorian Board of Scientific and Industrial Research. His interests included arboriculture, carpentry, photography and forestry, and he was an enthusiast for native plants who published an Anthology of Eucalypts in 1920. At Westerfield he began to plant what became a collection of more than fifty species of gums, as well as acres of lavender and roses, from which oil was distilled. A house designed by the fashionable Melbourne architect Harold Desbrowe Annear was built at Westerfield in 1924. Nearby was a terraced lawn, a garden and pergola, probably also designed by Annear, an orchard and vegetable garden, and a timber windmill (now demolished) designed to generate electricity for the house. An area of natural bushland east of the house was retained. With the onset of World War II Australia's supply of many essential plant-derived drugs was cut off, and Grimwade, with the aid of the Federal Government, obtained seed from England and cultivated at Westerfield crops of poppies, foxgloves, deadly nightshade, henbane and colchicum. He constructed a drying shed, and with the resources of the family firm's laboratories developed extraction techniques to produce many of the drugs essential for Australia's war effort. The poppy seed grown at Westerfield was distributed to farms around Australia, and was able to satisfy all of Australia's morphine requirements until after the war. Grimwade was knighted in 1950. The property was sold and subdivided after his death.

The Westerfield estate is now on 14 hectares and incorporates a house, garden, paddocks, dam and bushland. The two storey Arts and Crafts style house has ground floor walls of uncoursed locally-quarried granite rubble and a half timber and stucco upper floor. The plan is unconventional with three wings radiating out from a central stair hall. The house has no corridors, and many rooms have unusual shapes. The interior is remarkably intact, with many original details such as built-in furniture and door furniture. Much use was made of stained timber, for floors, skirtings, architraves, doors and built-in cupboards, but some is now painted white. A small timbered tower containing a water tank rises from the centre of the cement-tiled roof. In the angle between two wings is an east-facing semicircular porch, now glassed in, axially aligned to the main garden path. Above the porch is a balustraded deck, intended as a lookout towards Westernport Bay. To the south of the house are a caretaker's cottage and a garage.

The landscape still reflects the original design, with distinct but integrated features. A driveway lined with Corymbia maculata leads to the house. To the west is Grimwade's eucalypt paddock, with many species of gums remaining, including Corymbia ficifolia, Eucalyptus saligna, E. cladocalyx, and E. sideroxylon. To the east of the house is a long formal garden with a terraced lawn, flower beds, a fuchsia hedge, and a lily pond at the north end. The garden retains many of Grimwade's plantings, including a crab apple (Malus floribunda), Washington thorn, two old Lilacs and a Liquidamber. 'Sunny South' roses, which were once grown commercially on the property have been transplanted to the garden from the paddock where they were grown. The pergola that once divided the orchard from the garden was replaced by the 1950s by a privet hedge. In the orchard are many fruit trees planted by Grimwade, including three lemons, an old fig, Gravenstein, Democrat, Stewart's Seedling and Smith's Late Red apples, and Packham Triumph, Honeyball and Beurre Bosc pears. West of the eucalypt paddock, at the edge of a paddock where the roses and later the drug crops were grown, is a timber drying shed and next to it the base of a brick furnace used for heating, and nearby is an elevated water tank relocated from the former Langwarrin Military Reserve in c1922. To the east is an area of natural bushland retained by Grimwade and cared for by later owners. The bush area contains the large dam constructed by Grimwade in 1926, a pump shed and the irrigation pipe leading from the dam to the upper tank, garden and paddocks.

Westerfield is of architectural, historical and scientific (botanical) significance to the state of Victoria.

Westerfield is architecturally significant as an example of the rural retreats built by Melbourne's wealthiest families in the 1920s. It is an outstanding example of an innovative Arts and Crafts style house and garden, designed in 1924 by the prominent Melbourne architect Harold Desbrowe Annear, who was a leader of the Arts and Crafts movement in Victoria. It is among the most intact of his houses, and retains many original features, including the built-in furniture and door fittings.

Westerfield is historically significant for its association with Sir Russell Grimwade, a man of extraordinary diversity, active in some of Australia's largest and most enterprising business concerns, particularly in the chemical and pharmaceutical industries, and prominent in such bodies as the National Museum and the University of Melbourne. Grimwade was an early advocate for nature conservation, and had a great interest in native plants and their cultivation. The trees planted by him demonstrate his interests in forestry, conservation and experimental horticulture. The drying shed and the furrowed paddock west of the house associated with production of drugs during World War II demonstrate a rare experimental enterprise in biotechnology, which played important role in Australia's war effort.

The plantings and the bushland retained by Grimwade after his purchase of the land have scientific (botanical) significance. The bushland is considered to be extremely important for its biodiversity, forms part of an important wildlife corridor, and demonstrate Grimwade's passion for and knowledge of the Australian environment. The orchard contains a number of rare fruit cultivars.