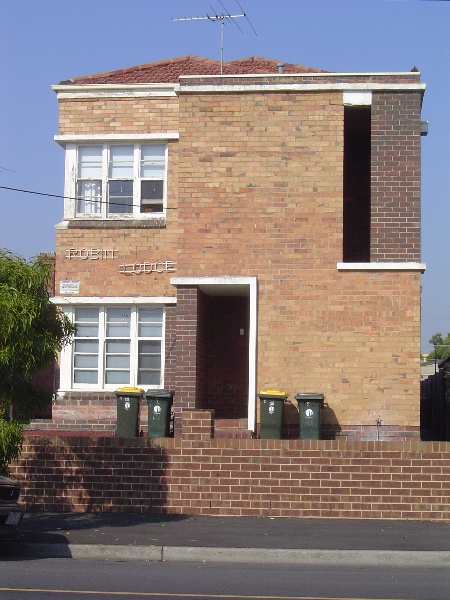 What is significant?
'Robin Lodge' at 126 Moreland Road, Brunswick. The L-shaped block of flats at the rear of the site, dating from 1966, is of no heritage significance.

How is it Significant?
'Robin Lodge', at 126 Moreland Road, Brunswick is of local aesthetic significance to the City of Moreland.

Why is it Significant?
Of aesthetic significance as a good and intact representative example of a 1950s apartment block with original detailing that illustrates the influence of the 'International Style'. (AHC Criterion E.1)