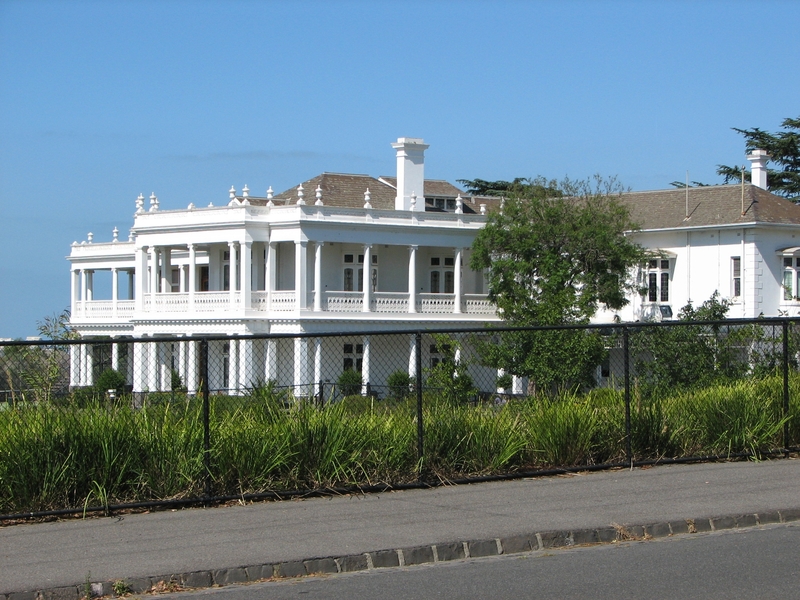 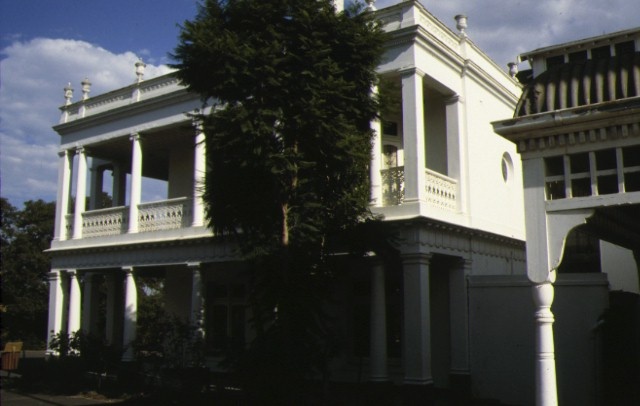 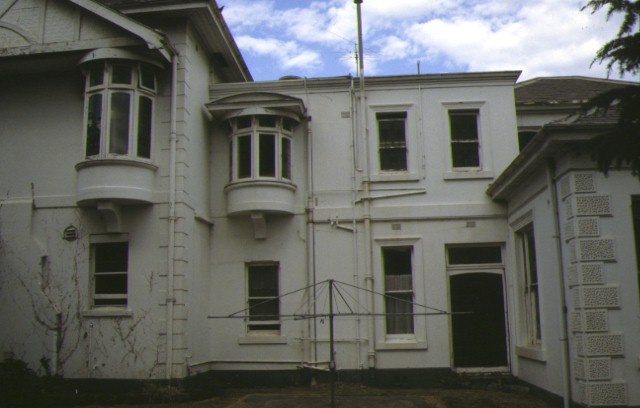 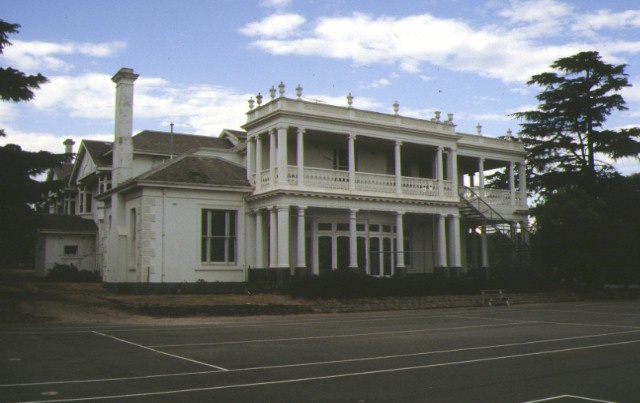 The first section of Studley House, now part of the preparatory school for Xavier College conducted by the Society of Jesus in Kew, Burke Hall, was built in about 1857 for Parliamentarian John Hodgson, an early settler in the district, as a two-storey residence in the Classical Revival style. The name Studley House was first recorded in the Kew ratebooks in 1862, after the housewas purchased in 1860 by James McEvoy, squattter. Alterations and an extension, designed by William J Ellis were undertaken in 1875. The house was again altered in 1919 during the ownership of John Wren, former bookmaker, ALP lobbyist, influential Irish-Catholic and millionaire. After 1969 the house was used by theschool. Studley House retains evidence of the original 1850s section, plaster and woodwork, and stained glass from its earlier period.

Studley House is historically important because of its association with parliamentarian John Hodgson, squatter James McEvoyand businessman John Wren, and illustrates the importance of a residence in indicating success and status in nineteenth and early twentieth century Melbourne society. Studley House is historically significant for its association with John Wren, who bought the house in 1907. Wren, whose origins were from working class Collingwood, made money from an illegal totalisator and went on to own or part own a race course, boxing stadium and a newspaper. The communist author, Frank Hardy, wrote a novel. Power without Glory, about a working class self-made millionarire, John Wren, depicting him as a criminal who profited from the working class and moved across the river to a mansion in Kew. The Wren family unsuccessfully sued Hardy for criminal libel, achieving only a widespread acceptance by the public that West was a depiction of Wren, rather than a fictional character.

Studley House is architecturally important s an aexample of the Italianate style in Victoria and in its ability to exhibit a continuum of stylistic characteristics representative of architectural design since the 1850s. Studley House is important in exhibiting good design and aesthetic characteristics in its external design and in the internal plaster and woodwork, and stained glass windows.