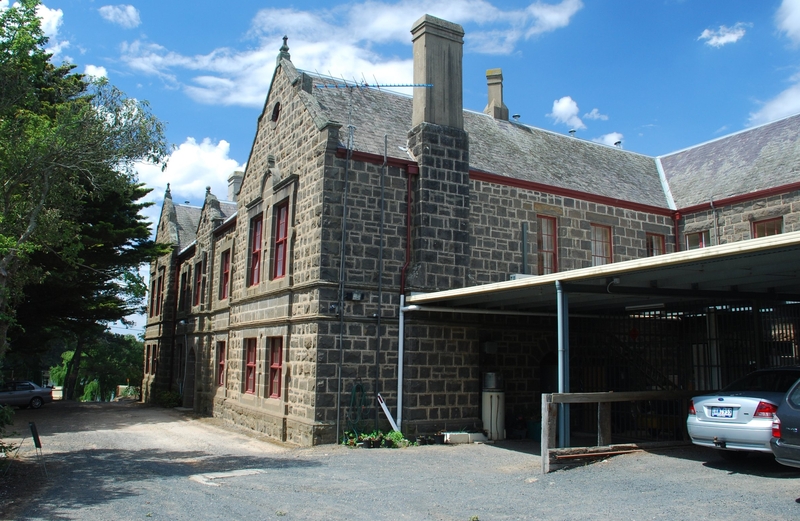 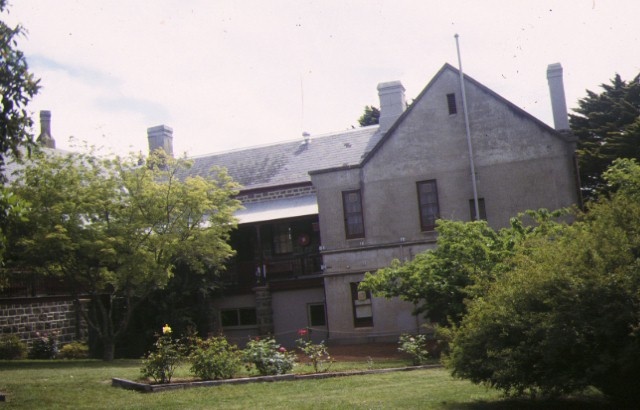 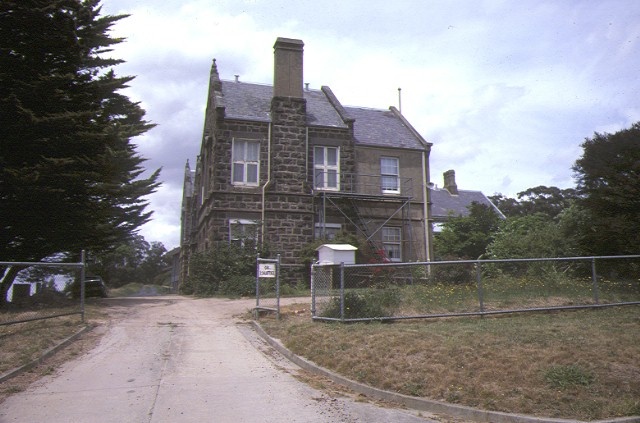 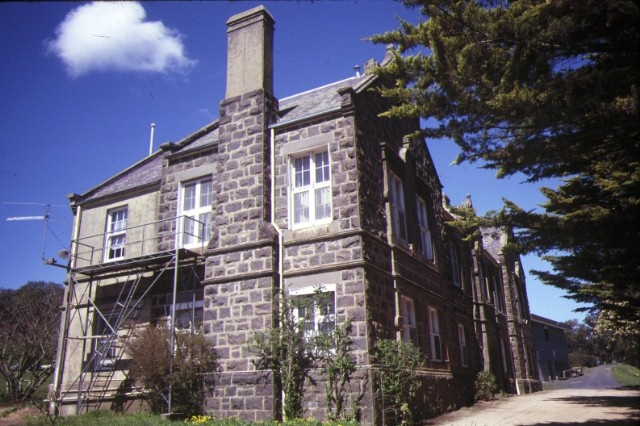 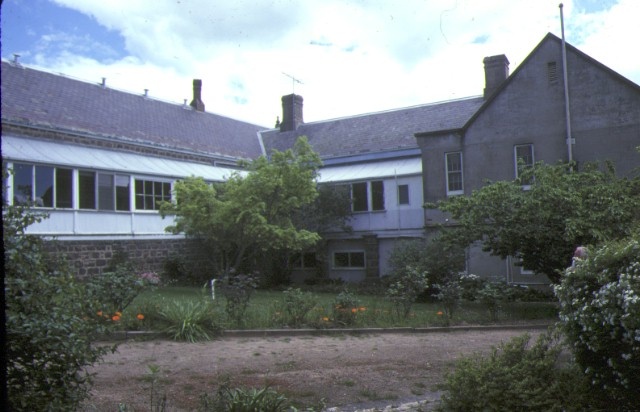 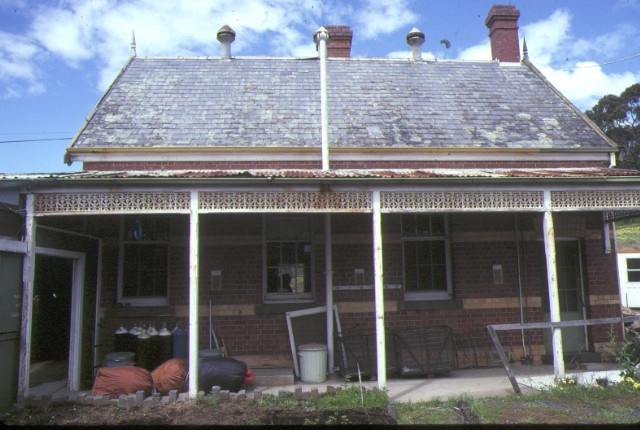 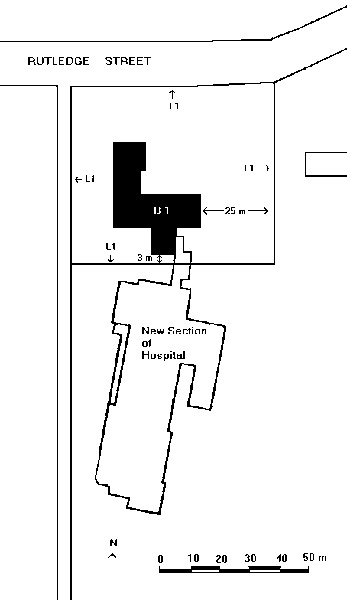 What is significant?
When the rush to Heathcote for gold began in the 1850s, the nearby Kilmore community felt the need to construct a public hospital. A temporary hospital was established in a private residence, and in 1858 Kilmore's Hospital Building Committee requested Melbourne architects Crouch and Wilson to prepare plans for a portion of a new hospital at Kilmore. Crouch and Wilson called for tenders in December 1858. These architects were responsible for what is now the single story east wing, which is constructed of basalt and is a simple gabled series of wards. The foundation stone for the original wing of the hospital was laid 3 February 1859. During the 1860s the hospital grew dramatically with the addition of what was to become the main section of the building. This section is a two storey wing also of basalt construction but built in a combination of the English "Jacobean" and "Elizabethan" styles. It is believed that the verandah on the original wing was added at this time as well as the clocktower in the centre of the two storey wing (since removed). This section was designed by Kilmore architect James Fleury. A south wing was added to the building in 1875 and included a new surgery to the designs of Melbourne architect John Flannagan. The building has been in use as part of the Kilmore District Hospital since its construction in 1859.

How is it significant?
Kilmore District Hospital is of architectural, historical and social importance to the State of Victoria.

Why is it significant?
Kilmore District Hospital is of architectural significance as a fine example of the combination of two English architectural styles, "Jacobean" and "Elizabethan". It demonstrates particularly elaborate design and detailing in the facade of the main two storey building with dressed stone cappings, finials and string moulds. Windows in the flanking wings are set in quoined, dressed stone elements which stand in base-relief, cut from the rock-faced masonry and surmounted by a cornice and arched entablature. This attention to detail continues on the interior with pointed arch doorways. The progressive stages in the hospital's construction are easily defined demonstrating changes in the needs of the health profession and its development with the history of Kilmore. There were three major architects involved with the design and construction of Kilmore District Hospital, Crouch and Wilson (1858), James Fleury (1860s) and John Flannagan (1875). The first wing of the hospital is one of the earliest commissions of the prominent architectural partnership Crouch and Wilson (formed in 1858). The partnership was responsible for the design of numerous public buildings in Melbourne and country areas until it was dissolved in 1881.

Kilmore District Hospital is of historical and social significance as one of a group of early district hospitals built between the early 1850s and mid 1860s. Its construction in 1859 represents a boom period in Kilmore caused by the discovery and rush for gold in the area. The hospital's continuing growth and development demonstrates the changing needs of the Kilmore township and it is significant for its physical manifestation of the changing approaches to health care in Victoria as the three main stages of the hospital's development can be clearly defined.