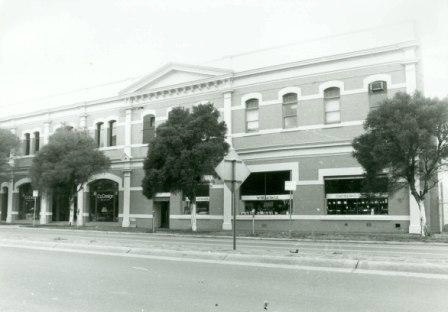 A large two-storey brick and stucco building in near original external condition, with a 300 foot frontage to City Road, and constructed in 1899 by James Moore as the headquarters of his rapidly expanding manufacturing enterprise. The building dominates the streetscape and is a reminder not only of the time when this part of City Road was used by three large sawmills, but of one of Melbourne's most prolific building constructors in the latter half of the nineteenty century.
Classified: 04/12/1989