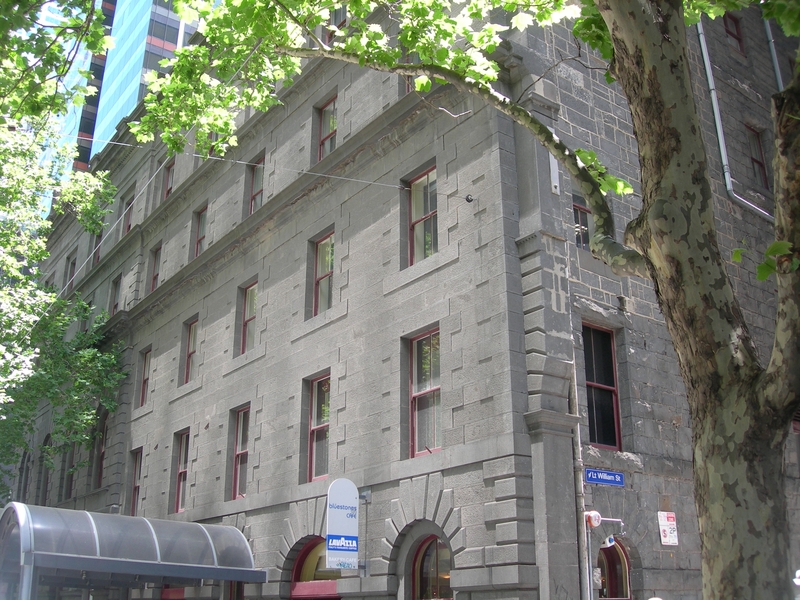 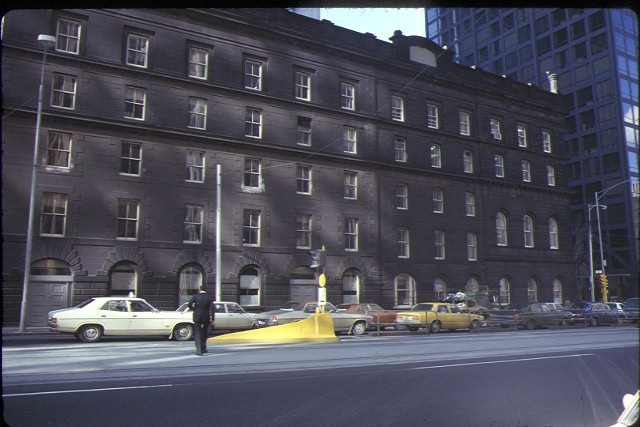 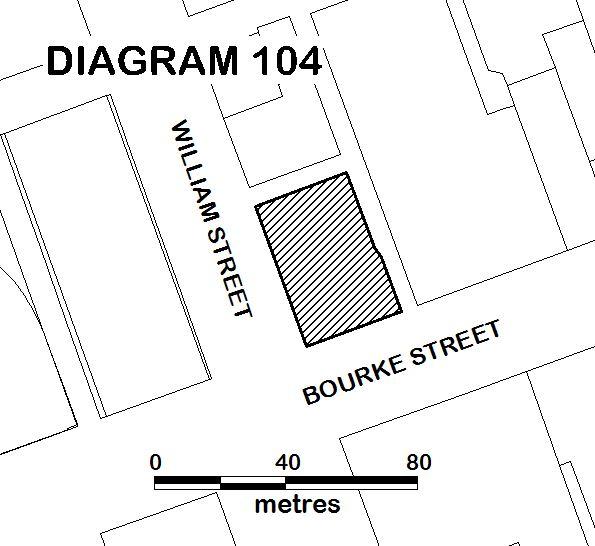 What is significant?
The Goldsborough Mort Building was built in 1862 to designs by architect John Gill and was Richard Goldsborough's first warehouse in what became an extensive complex in this area of the city. The original design was a four storey bluestone building divided into offices and a wool warehouse. Internally cast iron columns and wrought iron beams support the timber floor joists which carried the weight of wool in storage. The top floor was added in 1882, possibly at the same time as an extension to the north end of the building on William Street. . The structure was considerably altered and enlarged throughout the twentieth century. New floors, ceilings, partitions and lifts were added in the 1930s and 1940s. The facades to Bourke and William Streets are of rusticated bluestone with a horizontally coursed base. Fine ashlar work is prominent around the openings. Stylistically, the building sparingly employs some Renaissance motifs, such as voussoirs and quoins. The building is capped by a deep parapet topped at intervals by stone chimneys and a segmental arch pediment. The roof is of a sawtooth type construction.

How is it significant?
The Goldsborough Mort Building is of historical and architectural significance to the State of Victoria.

Why is it significant?
The Goldsborough Mort Building is historically significant as the surviving element of a complex of distinctive bluestone wool stores and offices located in this area of the city. It was the centre of the Goldsborough empire and the nucleus of one of the world's greatest wool broking firms. This building is all that is left of six properties on the hill of Bourke Street, three of which contained vast wool stores. The building is significant for its associations with Richard Goldsborough whose firm moved from a single rented weatherboard building in Flinders Lane in 1848 to a company who were pre-eminent in the development of the wool trade from Australia.

The Goldsborough Mort Building is architecturally significant as the largest and most imposing of the remaining bluestone warehouses. It is a fine example for its variety of finishes of bluestone construction. The shouldered voussoirs and quoin work to the ground and first floor openings are unusual classical motifs but emblematic of architect John Gill's work.