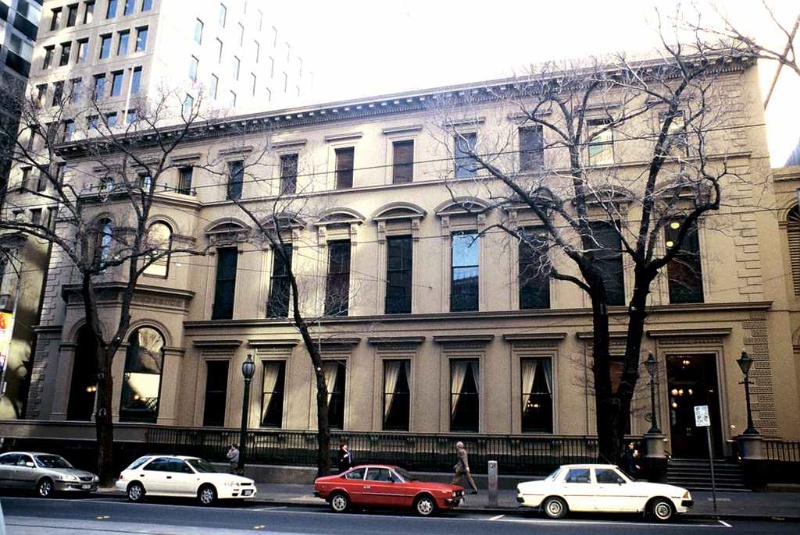 B0075 The Melbourne Club

The Melbourne Club was established in 1838. The present three storey brick and stucco structure with basement is the third clubhouse and the first on this site. It was erected in 1858-59 by Messrs. Lincare to designs by Leonard Terry. The main dining room wing with its canted bay to the street was added in 1883 (Architects: Terry and Oakden) and is the most notable of several later additions and alterations.
The Melbourne Club is Victoria's oldest institution and its membership has included many notable Australians. The present stately Collins Street club-house resembles its contemporaty London equivalents and epitomizes the conservative classical style of Leonard Terry. The unique verandah and superb rear garden are highly important features. The interior is basically intact and reflects the original light, austere appearance shown in early photographs. The staircase and dining room are among the notable interiors.
The club is in a good condition and well maintained.
Classified: 'State' 05/06/1958
Revised:14/02/1963