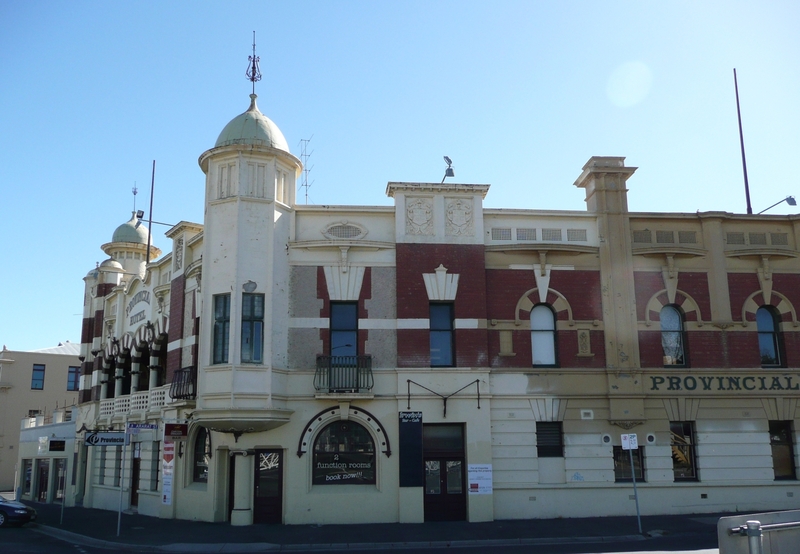 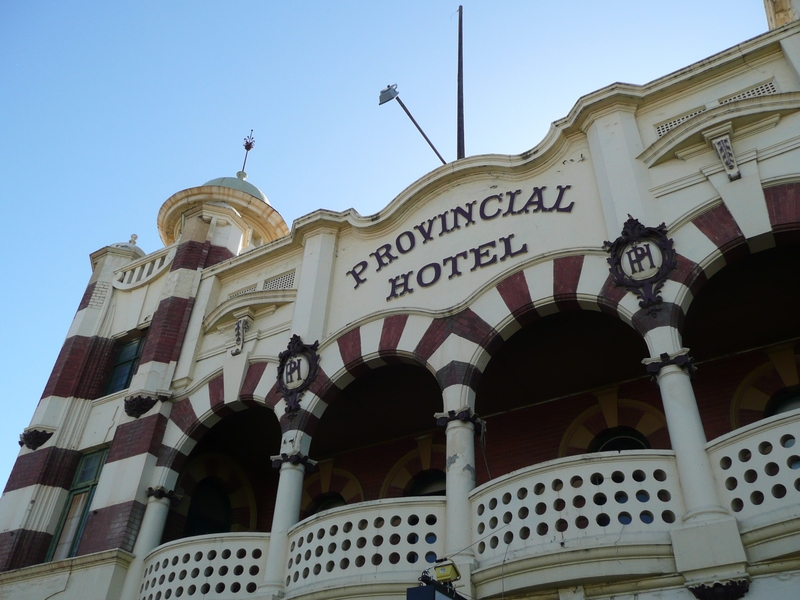 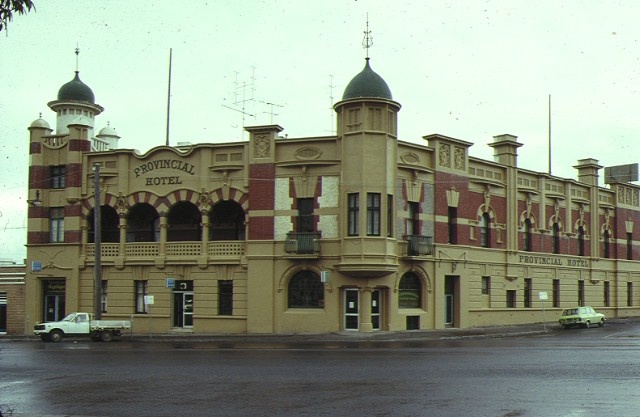 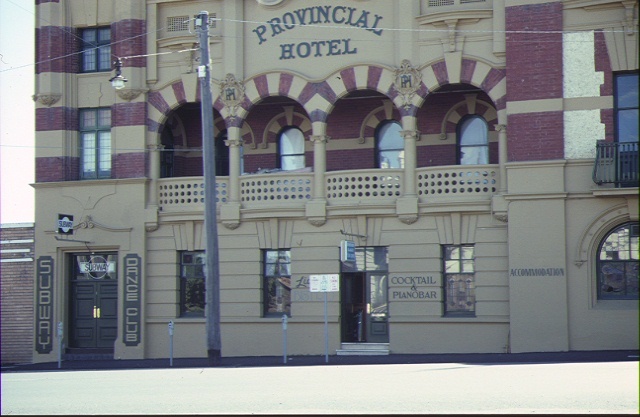 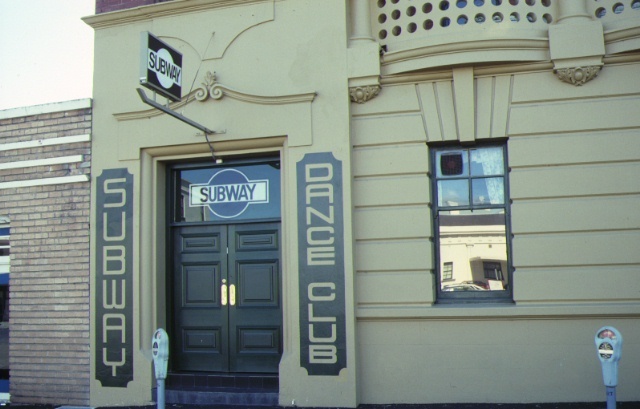 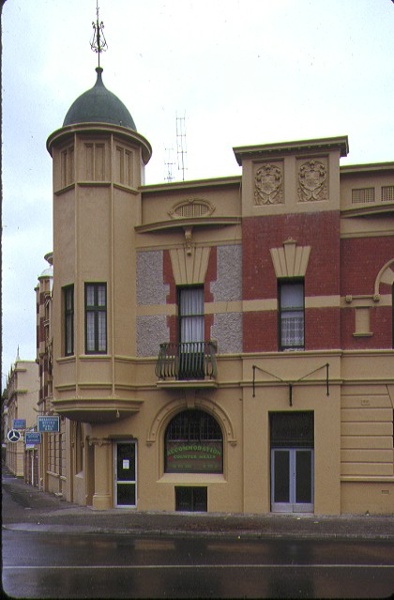 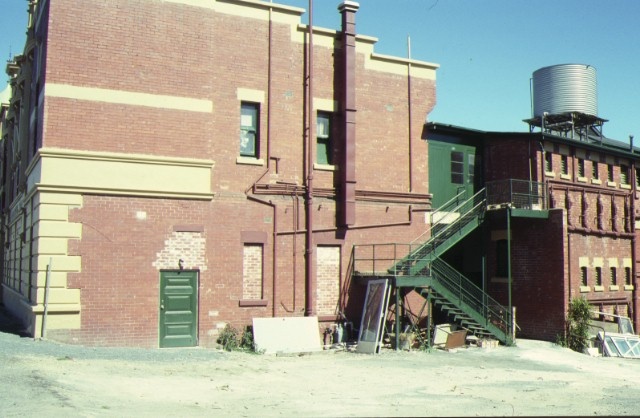 The Provincial Hotel, built in 1909 was designed by a Ballarat architect, Percy S. Richards, at a time when Australian architects were turning away from traditional and inherited styles in search of a style of their own. The overall composition of this corner building is very baroque in its approach - the eye is never allowed to rest, but is forced to wander to ever new elements of its exhuberant facades. The whole composition is controlled by the use of two domed tower elements - one an oriel tower which stresses the building's corner, the other a turret crowned with four small corner domes and a larger central one. A variety of window shapes is used and these framed by prominent chimneys whose expression is carried onto the facades. Horizontally, the building is divided into three major elements; the rendered ground floor, the first floor which is accentuated by the banded use of red red brick and stucco, and the rendered parapet which is arythmically pierced by domes and chimneys.

The detailing of the building derives from many varied styles ranging from renaissance window treatment and ground floor restication through muslim use of banded voussoirs and ogee shaped domes, to art nouveau detailed wrought iron, stained glass and decorative panels. Added to that are traces of norman architecture interspersed with "modern 1909" detailing. Given the nature of the style, very few examples of this important type have survived, even fewer have survived intact.