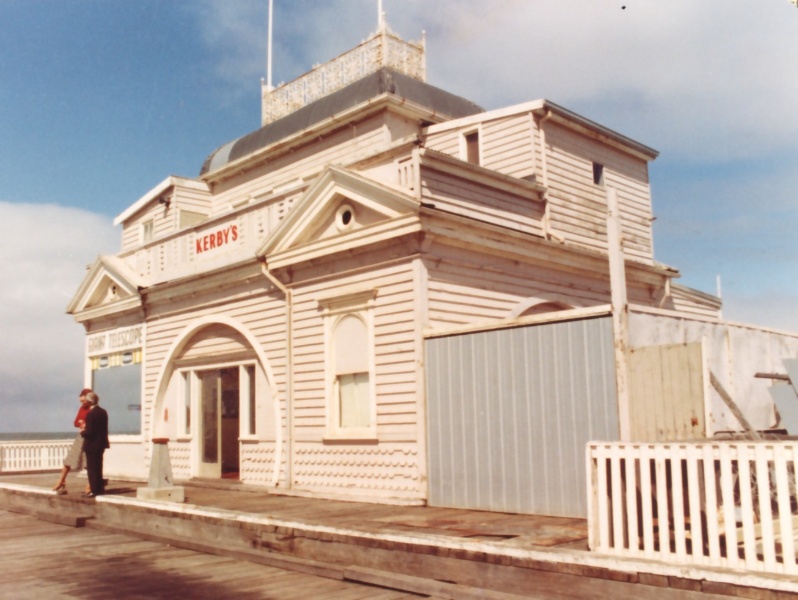 Built as Parer's Pavalion in 1904 to Public Works Department plans on the end of the St. Kilda pier, it remains as a flamboyant timber structure despite alterations over the years. As well as a kiosk it served as an observatory with balustraded upper deck and was claimed to be the "first continental pier pavilion in Australia". It is still a prominent feature of St. Kilda pier and recalls the once popular activity of promenading. The kiosk was restored in the 1980s, but destroyed by fire in 2003 and rebuilt in 2005 using the original plans as a guide.
Classified: 02/02/1984