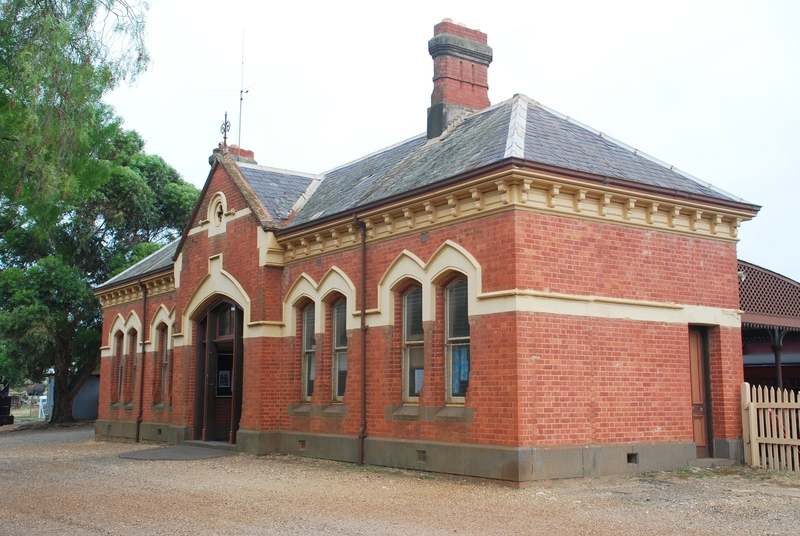 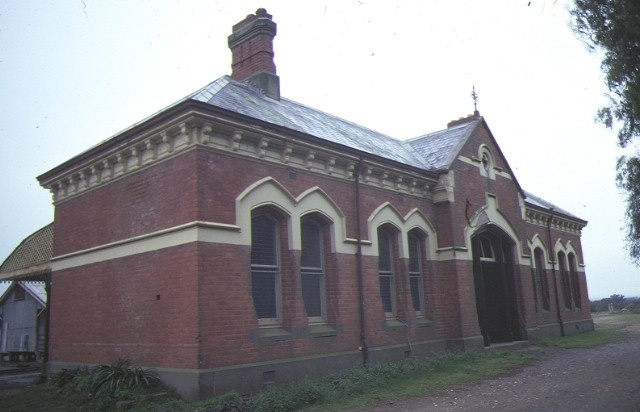 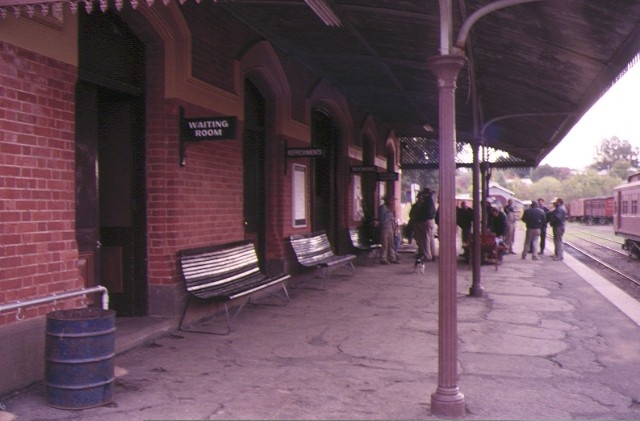 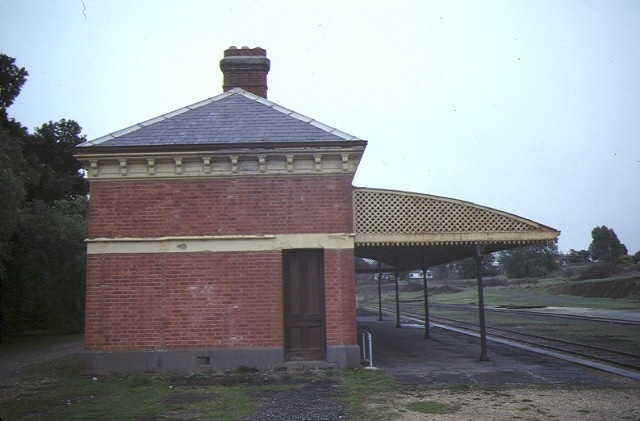 What is significant?
The Maldon Railway Station Complex was constructed in 1888, by Parker & Vickers, on the Melbourne-Castlemaine-Maldon Line, for the Victorian Railways. It comprises a substantial, symmetrical, standard hip roofed station building with a cast iron and wrought iron platform verandah. Some of the design elements of note are the stuccoed dressings and bracketed eaves. Other structures include a turntable, water tower and a corrugated iron clad goods shed. In 1976, the Castlemaine-Maldon Line was closed and then later partially re-opened as a tourist attraction. The Maldon Railway Preservation Society Tourist Railway currently occupies the Station Complex.

How is it significant?
Maldon Railway Station Complex is historically and architecturally significant to the State of Victoria.

Why is it significant?
Maldon Railway Station Complex is historically significant as an important reminder of the former status of Maldon as a prominent mining centre. The station served an important role in supporting the gold mining industry and the economic development of the district in general. It is also an important and intact example station building design that arose from the 'Octopus Act' of 1884.

Maldon Railway Station is architecturally significant as an intact and representative example of a terminus erected during the massive railway building program during the 1880s in Victoria.
It is also architecturally significant as an important example of the 'Maldon' style of station buildings. The design represented a movement away from the classical idiom, and in this respect was similar to the 'Casterton' style, featuring Gothic window forms and clustered chimney stacks. Maldon Railway Station is unique as the only member of the group to be built outside the metropolitan area. The two-door goods shed, built by IT Summerland in 1884, enhances the character of the Station Complex setting, and the water tower is of significance as an important reminder of the former steam railway era.
Show more
Show less
All information on this page is maintained by Heritage Victoria. Click below for their website and contact details.