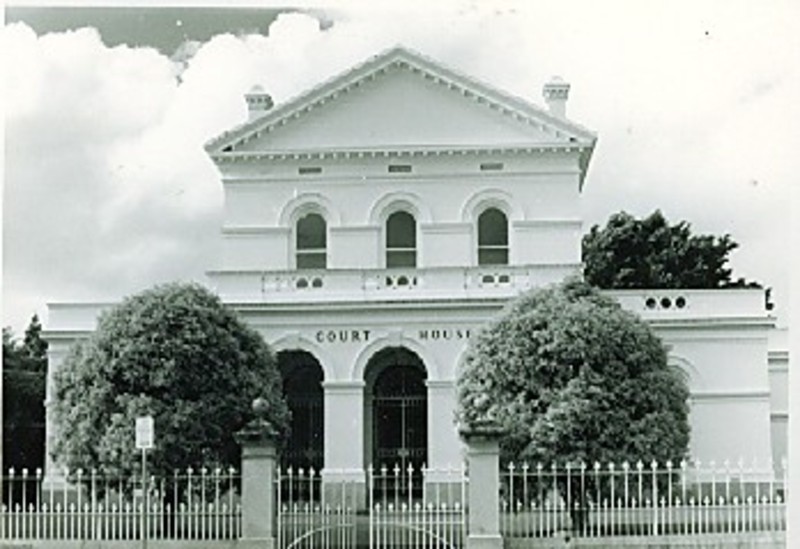 Part of Castlemaine Historic Area B4894
Castlemaine grew as a result of the discovery of gold along Forest Creek in July, 1851. By December of that year the population on the field was greater than that of Melbourne. In 1852 Mr Templeton surveyed the township of Castlemaine and in 1853 the first auction of the town site was held.
The Castlemaine goldfield was allegedly the richest alluvial goldfield in the world. Such was the prosperity of the diggers that the townsfolk were optimistically expectant of Castlemaine becoming Victoria's second city. The prosperity of the diggers and the optimistic townsfolk is reflected in the high number of imposing buildings erected in the first few years of the town's life. However, the rich alluvial diggers were worked out within 15-20 years. From the 1870's the town's population began to drift away, but they left behind a rich legacy of the town's former prosperity in the form of its buildings.
Within the Castlemaine Historic Area may be found many items of significance. These range from intact nineteenth century streetscapes composed of imposing public buildings to simple miner's cottages. Within the historic area there are a number of identifiable component areas, each telling an important part of the history of Castlemaine. In addition, there are many other items of significance outside of these areas, but still within the historic area. These include the former steam flourmill, the Church of England, the Congregational Church and Forest and Barkers Creeks.
Despite the town's topographical confinements to the valley of the two creeks, the wide streets and large buildings convey an atmosphere of grand spaciousness in this central Victorian goldfields town.
Group Classified: 06/12/1982