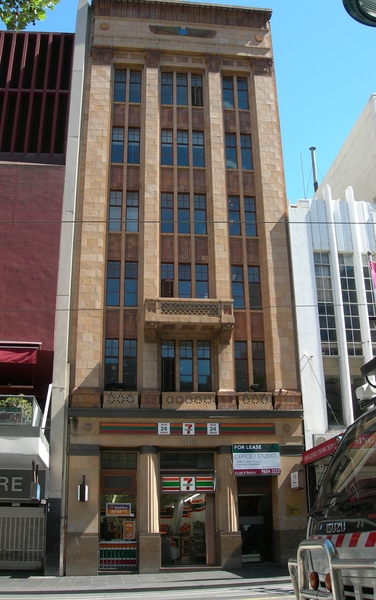 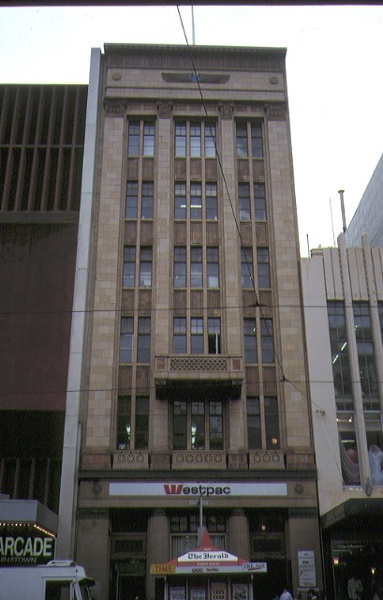 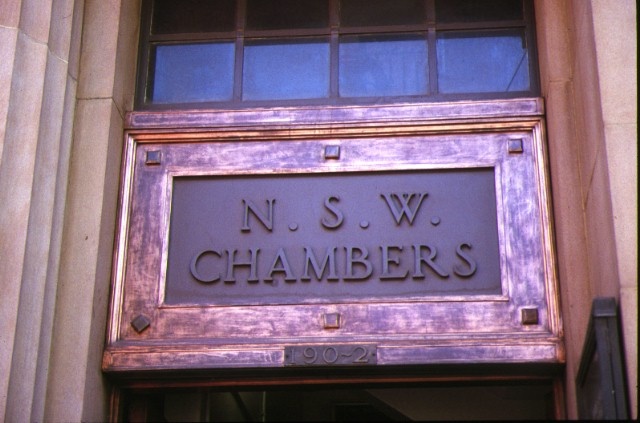 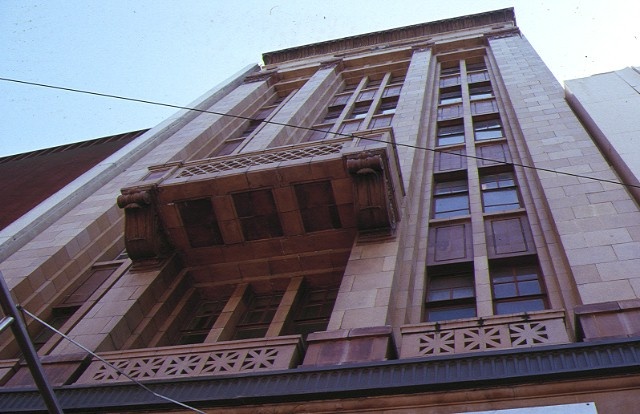 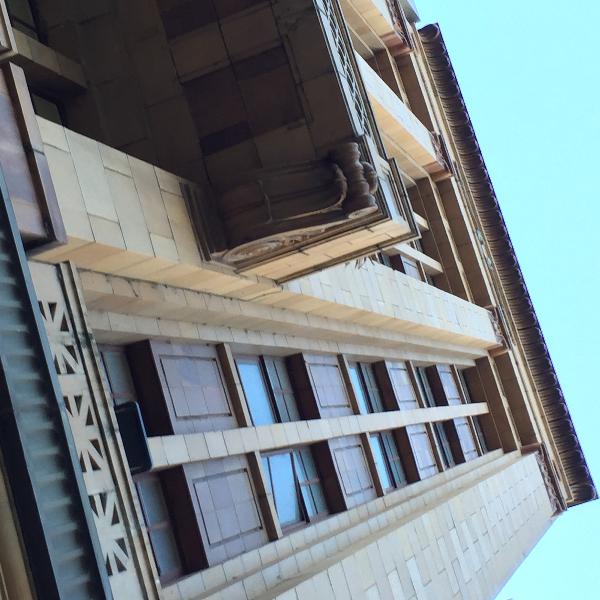 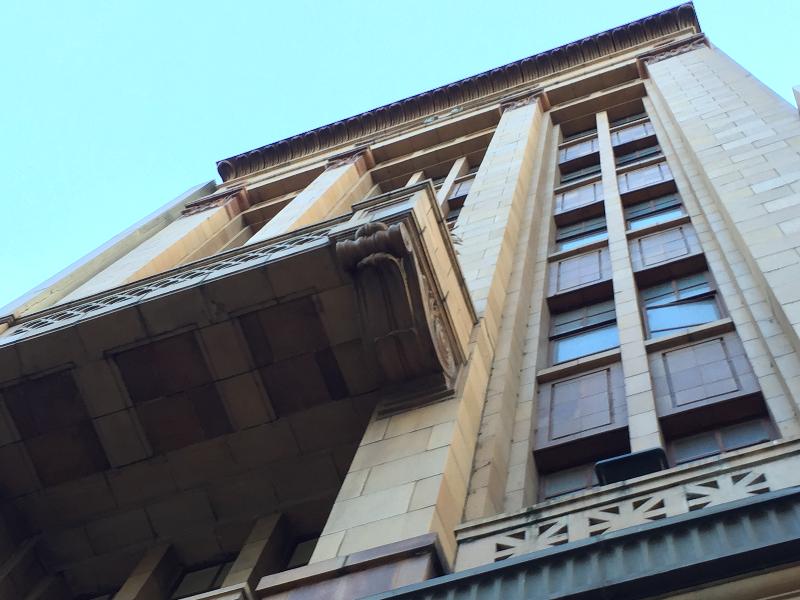 The former Bank of New South Wales building was designed by architects Godfrey and Spowers in 1929 and the building was occupied two years later. Six storeys in height, the faience-clad facade on a sandstone base is derived from ancient Egyptian models in terms of details and proportions. The decorative terra cotta work is set in a rebated frame, which gives subtle prominence to the composition of pilasters and frieze. The ground floor is divided into three sections by sandstone columns with fluted shafts. The columns support a frieze and balcony, with a projecting balcony above. Five storey pilasters are capped by Egyptian-inspired capitals. Above this there is a frieze of carved palm fronds that also acts as a terminating cornice, capping the building. Structurally the building is constructed with a reinforced concrete. The interior of the banking chamber has been altered but the stairwell remains intact.

The former Bank of New South Wales building is of architectural significance to the State of Victoria.

The former Bank of New South Wales building is architecturally significant for exemplifying the architectural eclecticism and exoticism of the late 1920s and early 1930s. It is very unusual for the application of Egyptian motifs. It is an excellent example of the use of decorative terra-cotta faience, which was a popular cladding material in the inter-war years.