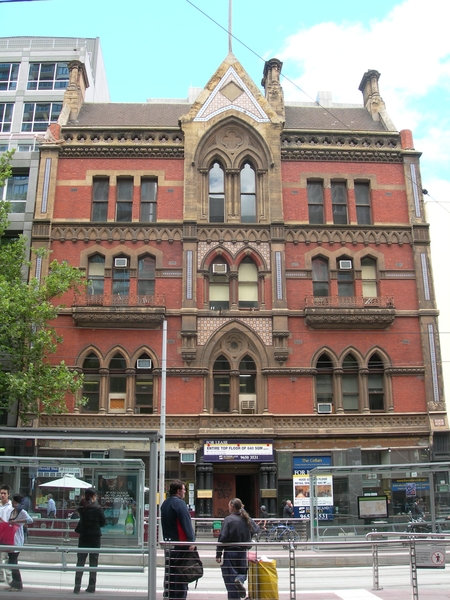 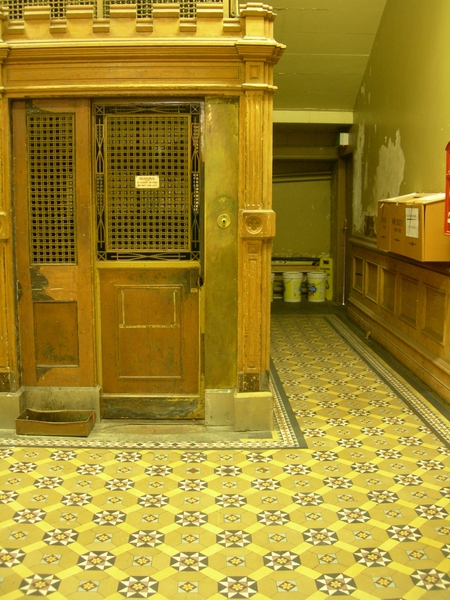 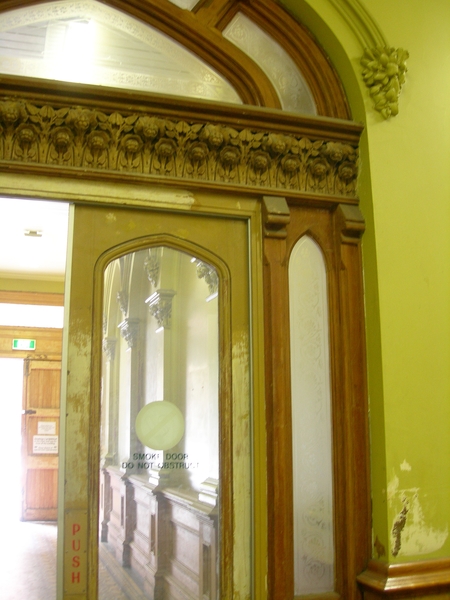 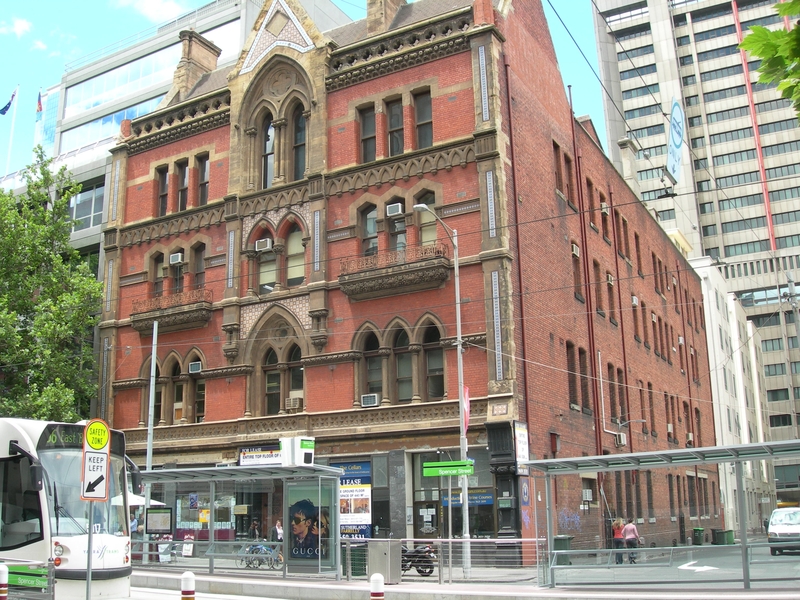 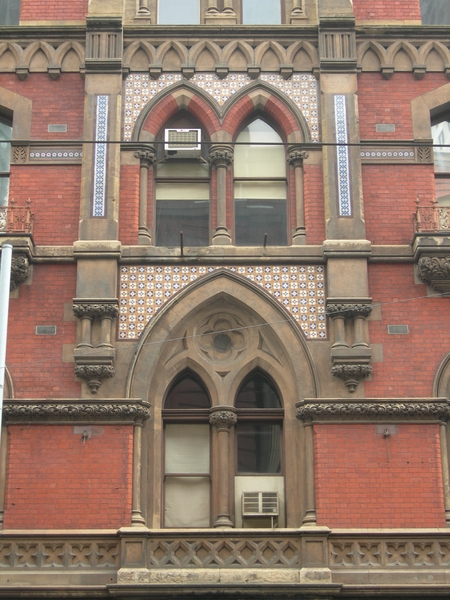 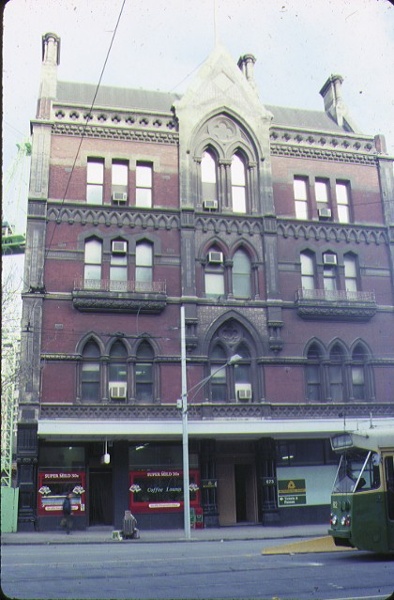 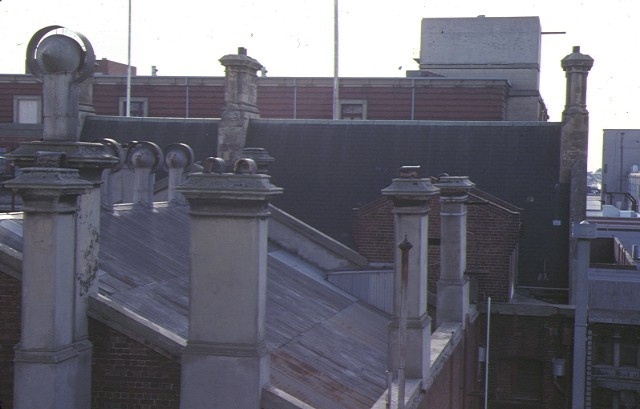 The Former Melbourne Tramway and Omnibus Company Building was constructed in 1891 for the Melbourne Tramway and Omnibus Company to a design by the architects Twentyman and Askew. The building was constructed of red brick with render detailing, including corbelled banding separating the floors. The facade consists of three bays, the central bay projecting slightly starting from impost height of the first floor and framing Gothic arched windows, and terminating in a pedimented gable. The ground floor houses shop fronts. The first floor windows are Gothic, the second compressed Gothic and the third flatheaded. Three banks of chimneys distinguish the steeply pitched slate roof.

The Former Melbourne Tramway and Omnibus Company Building is of historical and architectural significance to the State of Victoria.

The Former Melbourne Tramway and Omnibus Company Building is of architectural significance as one of a rare collection of Venetian Gothic-inspired buildings in Melbourne's Westend. The Gothic style, often associated with churches, became fashionable as an expression of Melbourne's boom era wealth in a number of temples of commerce, especially in Collins Street. This building can be seen in the same light, although its styling is considerably more restrained than the Olderfleet or Rialto. The building's significance is enhanced by the high degree of integrity of its interior fittings and spaces. The tile work in the entrance and foyer, leadlight windows, wooden staircases and other elements are especially notable, providing an excellent sense of 19th century office building interiors.