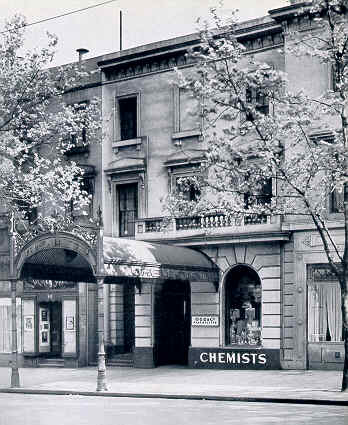 Building (part) was added to the HBR in 1974. The Gazettal dated 9 October 1974 reads: Ogg and Company (Internal fixtures, fittings, joinery, ceiling and etched glass windows only) 76-78 Collins St. Melbourne.The building was demolished under a permit dated 23 April 1976. The building elements (ceiling etc and contents) were acquired by the Historic Buildings Council and given to the Museum of Victoria.

Particulars of Museum of Victoria holdings