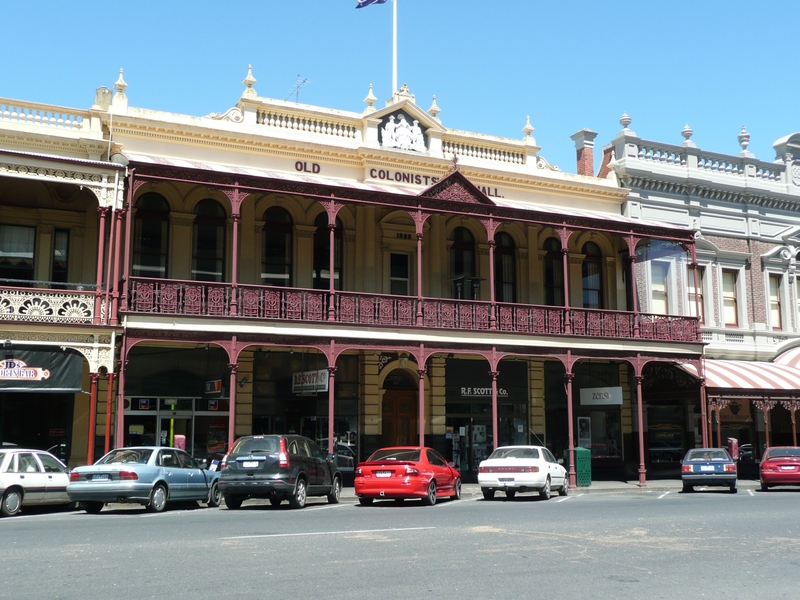 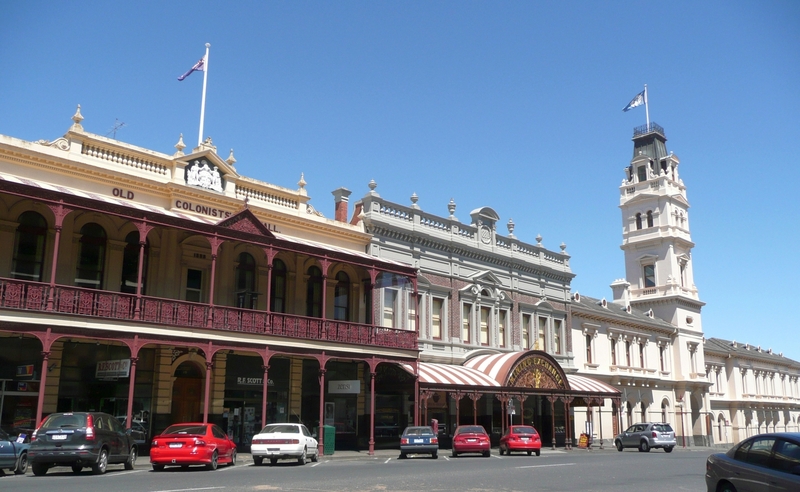 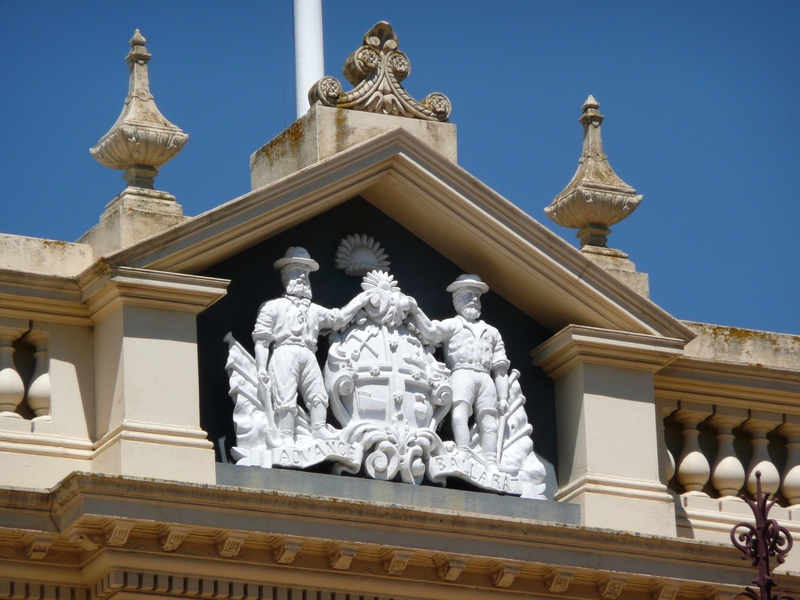 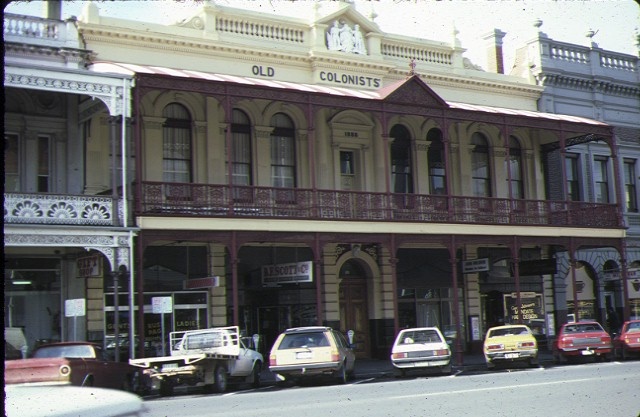 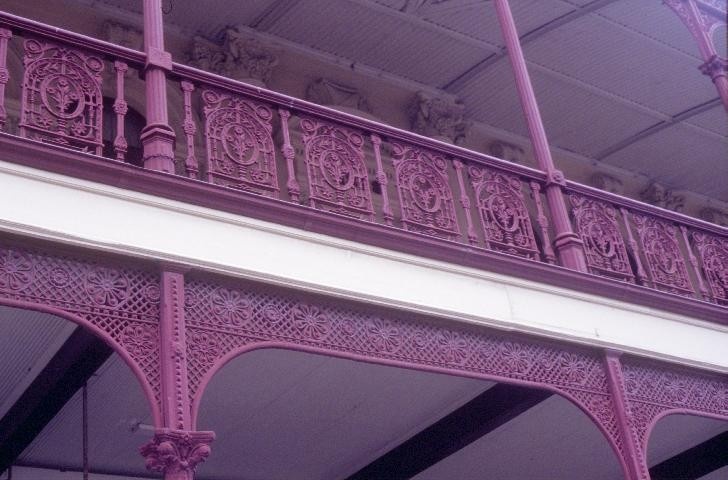 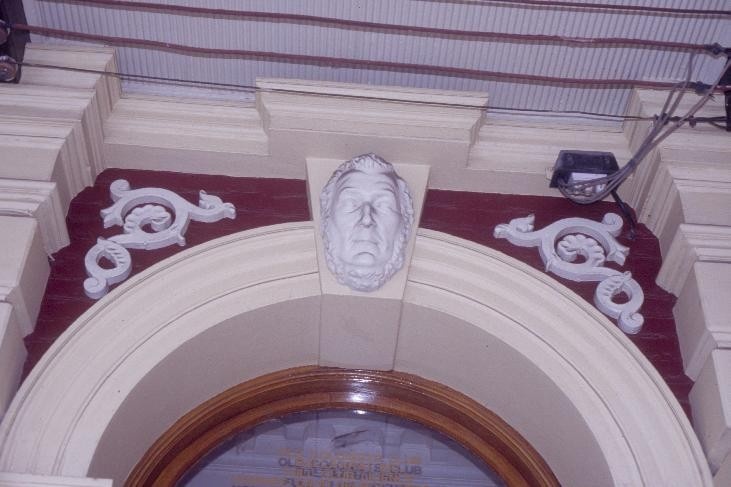 What is significant?
The Old Colonists Association of Ballarat building was constructed in 1887-9 on the site of the barracks and stables of the gold escort in Lydiard Street. The Old Colonists Association was formed in 1869 by a group of prominent Melbourne identities, led by the philanthropist George S. Coppin, to assist elderly Victorians in needy circumstances. In Ballarat the Association represented the early pioneers in the vicinity, who came in search of gold from the 1850s. It was a benevolent body that aimed to specifically assist indigent miners. Foundation stones for this building, the Fine Art Gallery and the Mining Exchange building, all in this section of Lydiard Street, were laid on 21 June 1887, Queen Victoria's Jubilee Day.

It is a two storey building with symmetrical facade, designed in a Renaissance Revival style. The ground floor level is divided into four shop fronts with a central arched entrance which provides access to the club rooms at first floor level. Rusticated, rendered pilasters flank the entrance and divide the shop facades, and these continue as plain pilasters and engaged columns at the upper level. The arcaded window treatment of the first floor level is broken by a central aedicule window above the main entrance. A distinctive parapet, which contains urns and a central balustraded section above the two central bays only, incorporates relief lettering and an intricately modelled coat of arms within a broken pediment.

Internally, the entrance hall contains an elaborate skylight and stairs, with decorative iron balustrading, lead to the club rooms on the first floor. The billiard room at the rear is of particular note as it contains elaborate cornices, ceiling roses and original furniture, equipment and a rear balcony.

How is it significant?
The Old Colonists Association building, Ballarat, is of architectural and historical significance to the State of Victoria.

Why is it significant?
The Old Colonists Association building, Ballarat is of architectural significance due to its distinctive Classical Revival facade, which incorporates an unusual stepped parapet with balustrading confined to the central bays, and a coat of arms which is indicative of the use of the building. It is also significant for its intact interiors with the billiard room in particular retaining original decoration and furniture. Together with the adjoining Alexandria Tea rooms, it is important for its intricate two storey cast iron verandah which remains intact.

The Old Colonists Association building is of historical significance as an important example of a nineteenth century philanthropic welfare facility. The Association was formed in Melbourne in 1869, and in 1883 the Association was established in Ballarat for the specific need of miners. The building therefore provides an historical link with the early goldmining era and illustrates its importance to the development of the city of Ballarat.

The Old Colonists Association building is representative of the peak of building in gold-rich Ballarat in the late 1880s, corresponding to the boom in Melbourne. The building forms an important element in the townscape of Ballarat and, together with surrounding buildings, forms an important nineteenth century streetscape in Victoria.
[Online Data Upgrade Project 2004]