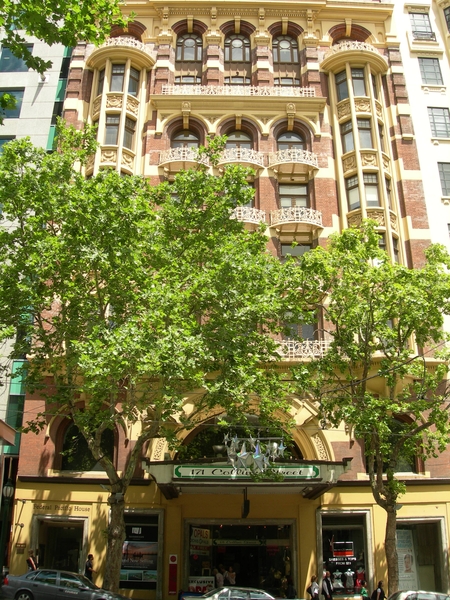 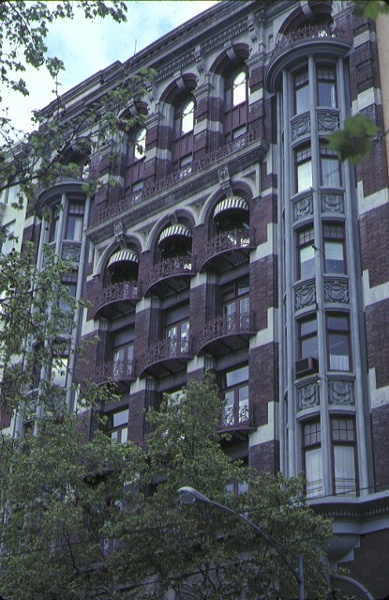 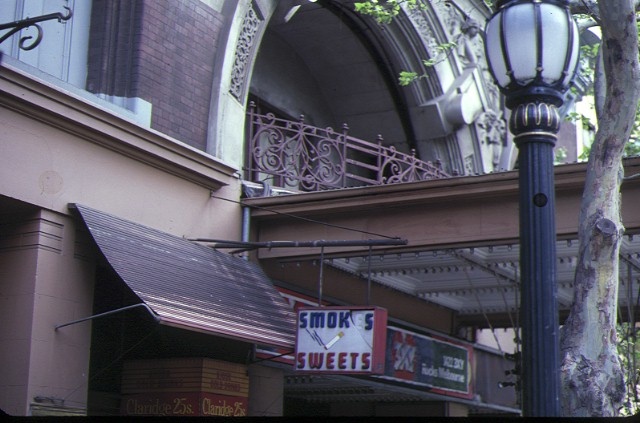 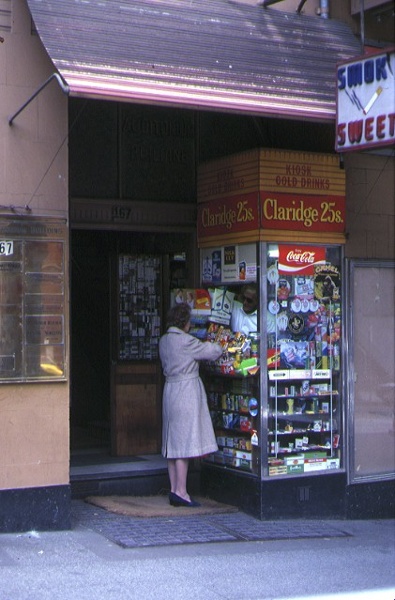 What is significant?
The former Auditorium Building was designed in 1913 by renowned Melbourne architect Nahum Barnet for the theatrical firm J and N Tait. It is an eight storey building with a face brick and cement facade. The composition, stylistically drawing on the American influence of Louis Sullivan, consists of a huge central Romanesque archway with a complex of deeply set arched window openings, iron balconettes and intricate cornices set above. Flanking oriel windows rise up from the first to the fifth storey. In the 1930s it was converted internally under the direction of architect C N Hollinshed to the Metro Cinema. In the early1980s it was converted once more into a shopping complex and the original theatre was destroyed.

How is it significant?
The former Auditorium Building is of architectural and historical significance to the State of Victoria.

Why is it significant?
The former Auditorium Building is architecturally significant as a precursor of the form of city buildings after 1913. It marks a shift from the influence of Art Nouveau to a new form of classicism, described at the time as being the modern French Renaissance style but more probably inspired by the decorated high rise architecture of Louis Sullivan in Chicago.

The former Auditorium Building is historically significant as the first concert hall in Melbourne built expressly for musical performances. It is a harbinger of later developments in the 1920s that combined cinema theatres with office blocks.