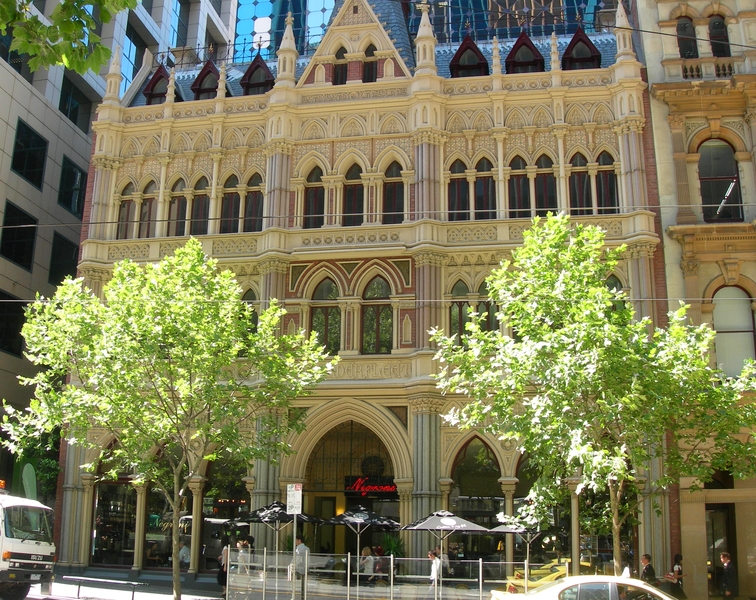 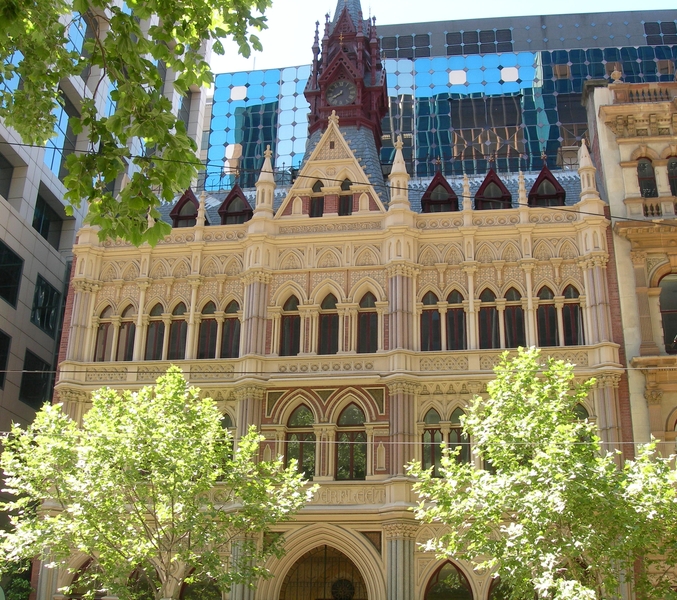 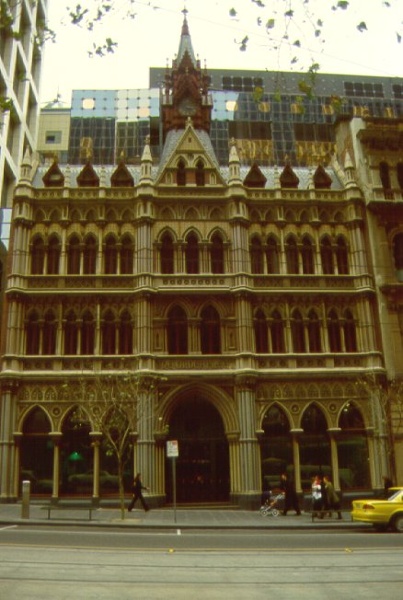 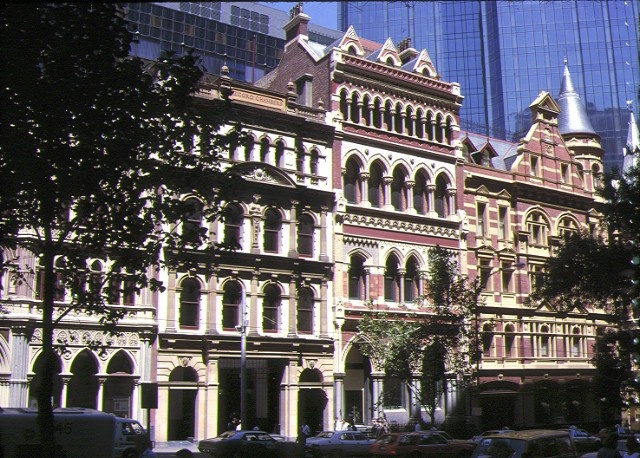 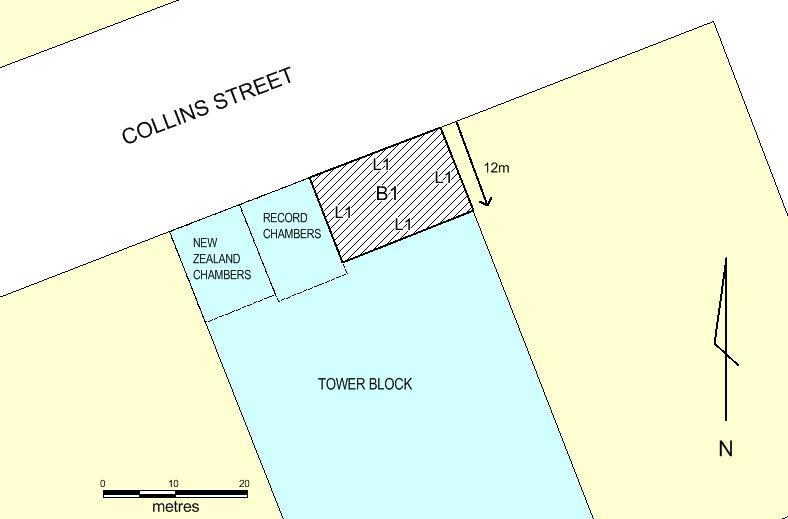 The Olderfleet Building of five storeys including the basement, and the retained front section of the building comprising the facade to Collins Street, returning to a depth of approximately 12 metres.

The Olderfleet Building was built in 1889-90 for the notable businessman P K McCaughan. The architect was William Pitt and the builder G Wadley. It was constructed during the building boom of the 1880s, which transformed this part of the city from one of small warehouses in close proximity to the wharves, to one of commercial and mercantile activity. In the 1890s, tenants in the Olderfleet Building included the Melbourne Woolbrokers Association and others associated with agricultural industries. The original complex included the extant facade plus a large warehouse section that stretched back to Flinders Lane, accessed by a pitched laneway. The building underwent few changes until it was redeveloped in the 1980s. In the 1970s the Olderfleet was the focus of a campaign by the National Trust for its retention, and of a new community heritage action movement. The Trust negotiated with the developers to keep the front portion of the building, and the whole of the rear wing was demolished in1974. The site as a whole was redeveloped in the mid-1980s.

The Olderfleet Building is composed of five storeys including a basement. The facade, which is the most significant part of the building, is designed in the Venetian Gothic style, a style that was introduced in Melbourne during the 1870s. The Olderfleet facade is arranged as three bays, with a central fleche and clock tower with pinnacle.. The majority of construction is red brick, with cement dressings. The shafts of the ground floor piers are grey granite, with the columns above being of red granite.

Internally the building has been retained to a depth of approximately 12 metres. Timber trusses have been retained on the top floor, though these have been concealed behind modern finishes.

The Olderfleet building is of architectural and historical significance to the State of Victoria.

The Olderfleet building is historically significant for its associations with late nineteenth century mercantile development in Melbourne, with a particular focus on accommodating the wool and other agricultural industries. The building symbolises the commercial and financial power of Melbourne during the late 1880s. [Criterion A]

The Olderfleet building is historically significant as a prominent work of noted architect William Pitt. It is one of three Pitt buildings located closely together in the west end of Collins Street that contribute to the distinctive Gothic streetscape, the others being the Rialto building and the former Stock Exchange. [Criterion A]

The Olderfleet building is also historically significant for its association with the burgeoning heritage movement of the 1970s, in particular the campaign by the National Trust. The Olderfleet was an early focus of the Trust, and the campaigns to save it and the Gothic streetscape of Collins Street in part led to the introduction of the Victorian heritage legislation. [Criterion A]

The Olderfleet building is architecturally significant as a clear expression of the Venetian Gothic style. The style was favoured by owners and architects as a deliberate evocation of the commercial power and prestige of the mercantile city of Venice. The style sought to reinforce the aspirations and confidence of businesses during the economic boom period of the late 1880s. The secular Gothic revival style contrasted strongly with the more academic and purist non-secular Gothic styles employed in churches of all denominations. [Criterion D]