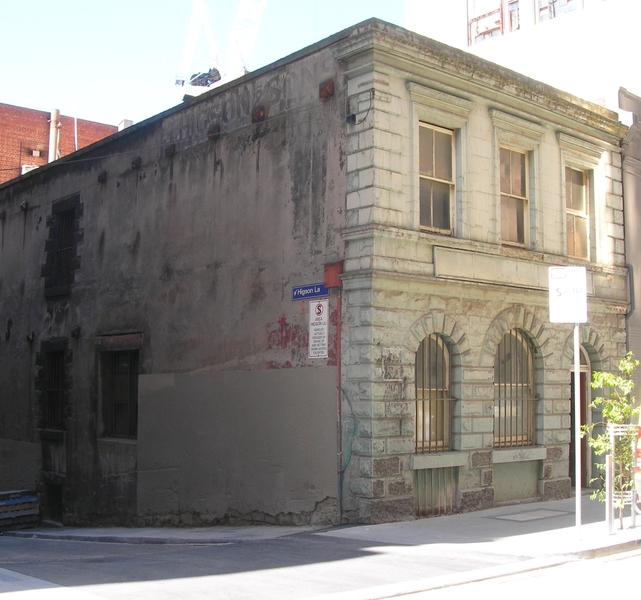 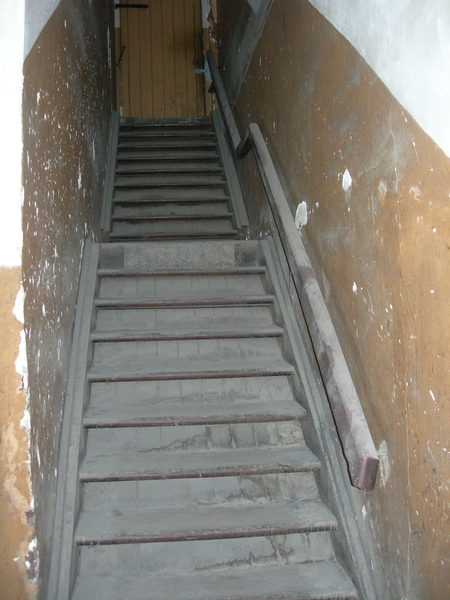 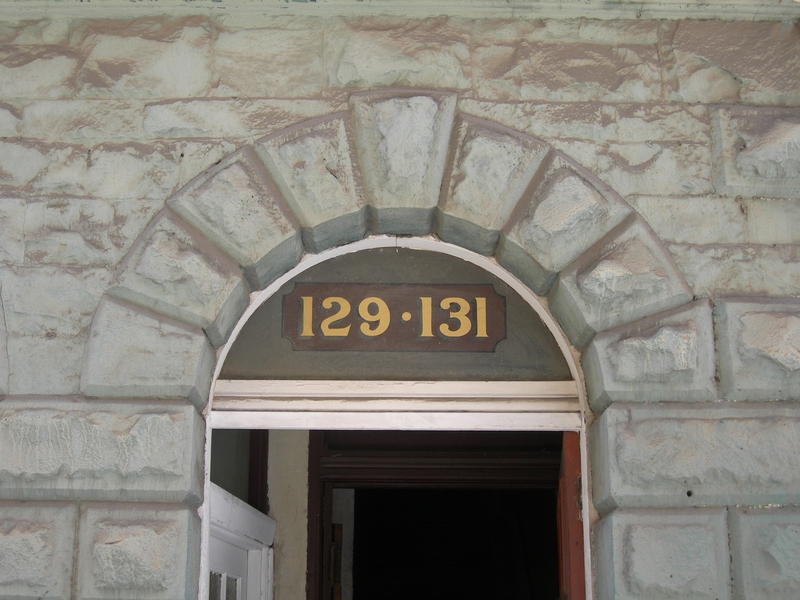 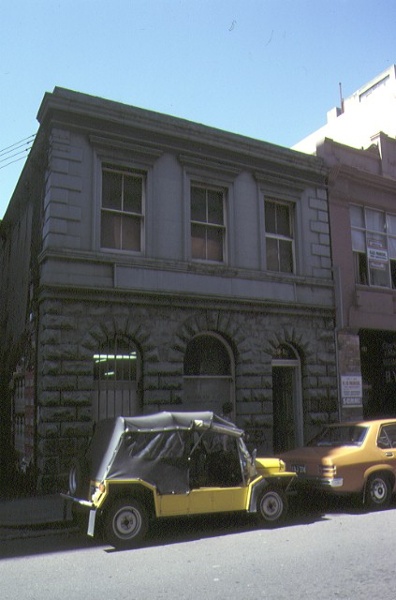 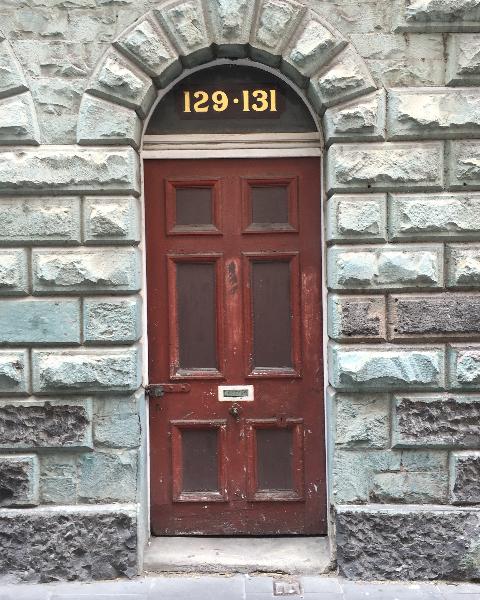 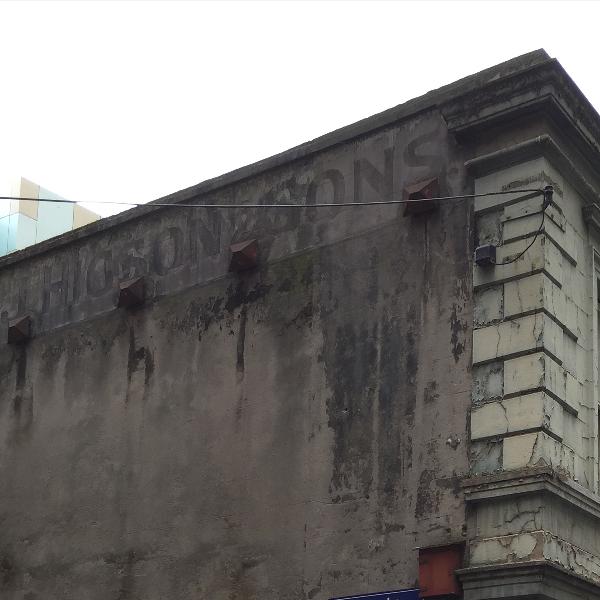 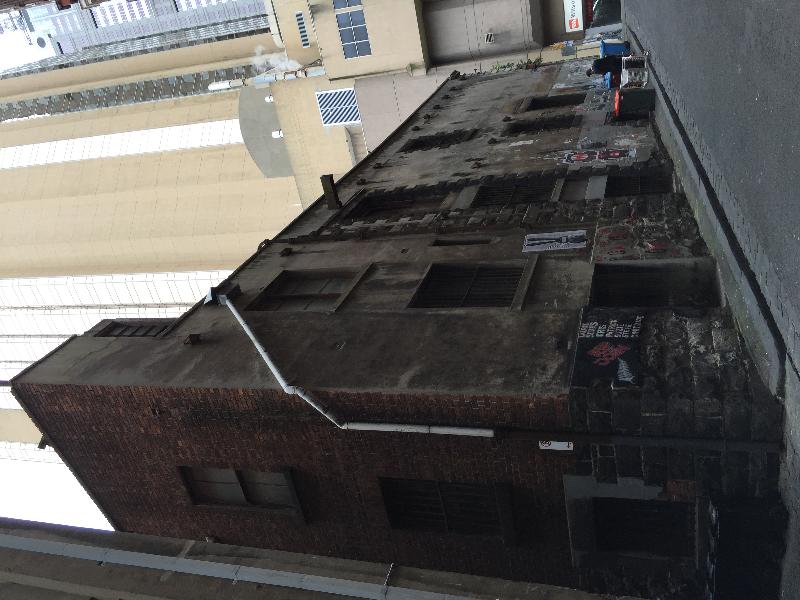 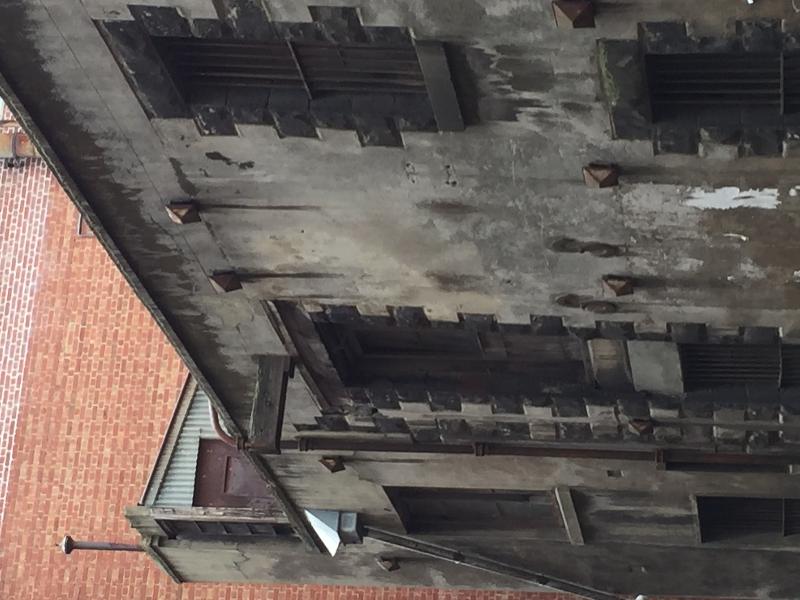 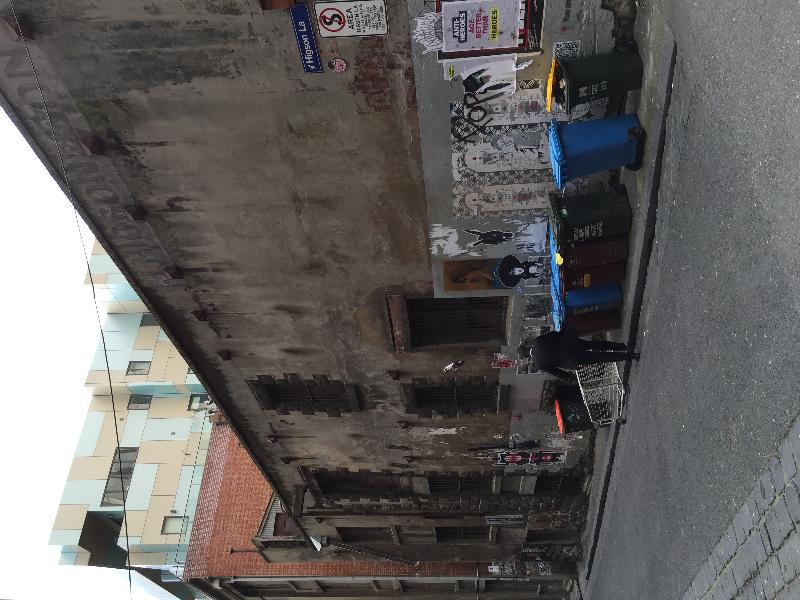 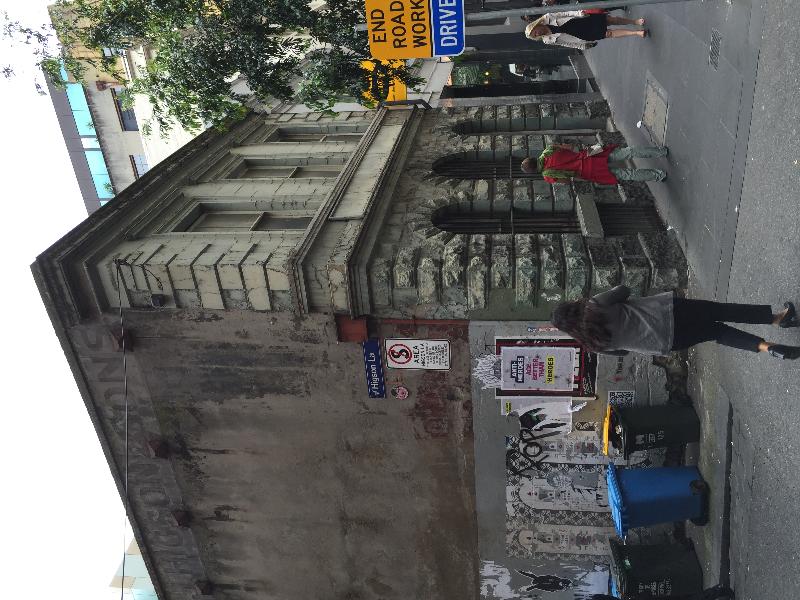 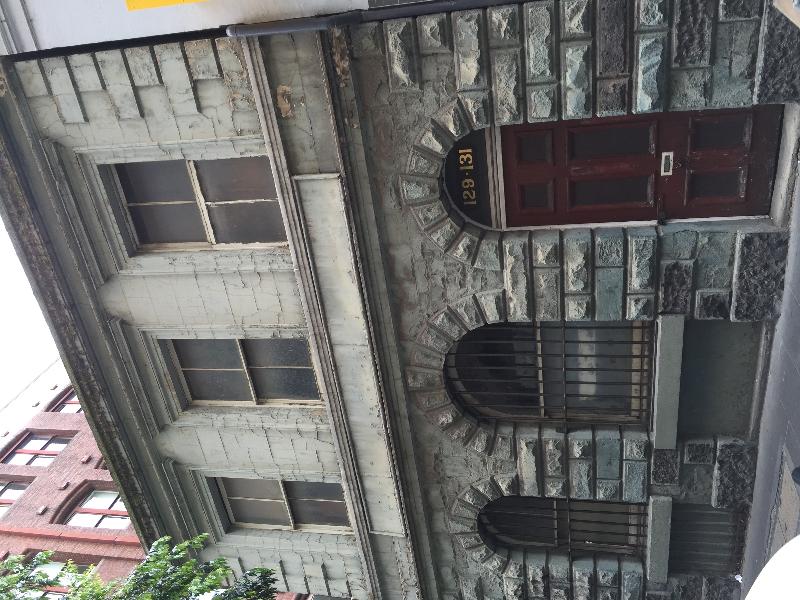 What is significant?
The warehouse at 129-131 Flinders Lane is a three storey bluestone building built for Levy and Robertson in 1857. The basement has oregon timber columns and beams. Externally the ground floor is heavily rusticated in a variety of finishes and is punctured with one semi-elliptical and two semi-circular arch openings. The central opening was the original entrance. The stuccoed upper storey is more austere, comprising of three windows with light architrave mouldings and slightly heavier hoods. Quoins and a cornice and parapet complete the main facade. The contractors were Nation and Company and the building was possibly designed by Robertson and Hale. Levy and Robertson (later Levy Brothers and Company) were established in the 1850s and became a large importing and wholesale business. Levy and Robertson moved to larger premises in the late 1860s and since that time the building has had a number of tenants. The rear, southern part of the building is a later addition.

How is it significant?
The warehouse at 129-131 Flinders Lane is of historical and architectural significance to the State of Victoria.

Why is it significant?
The warehouse at 129-131 Flinders Lane is historically significant as one of the oldest warehouses in the Central Business District. It is particularly unusual as the oldest building of its type in the eastern part of the City.

The warehouse at 129-131 Flinders Lane is architecturally significant as a fine example, for its proportioning and detail, of the Renaissance Revival style. The fine quality rusticated ground floor stonework contrasts to the relatively plain upper storey, and draws for inspiration on the architecture of High Renaissance palazzi.