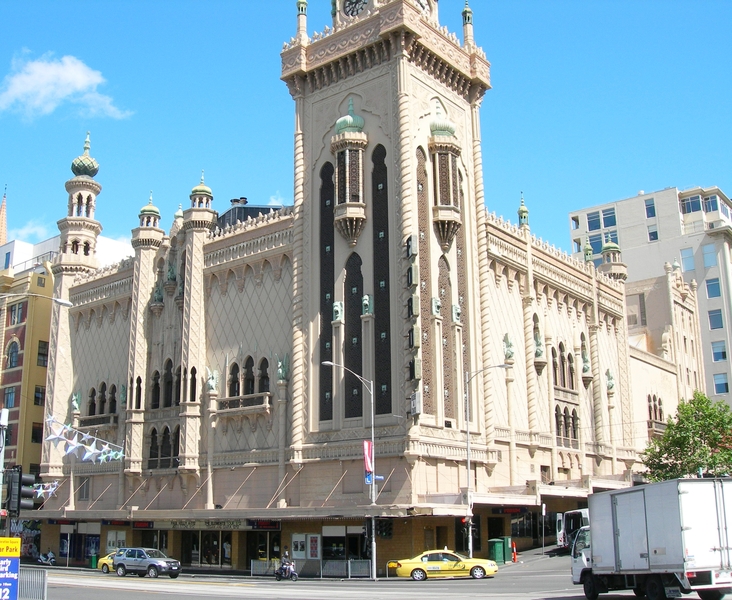 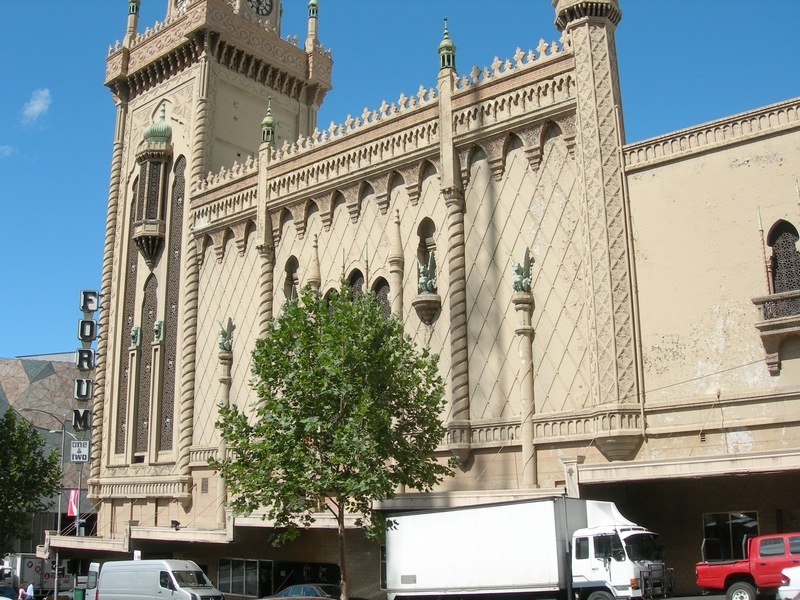 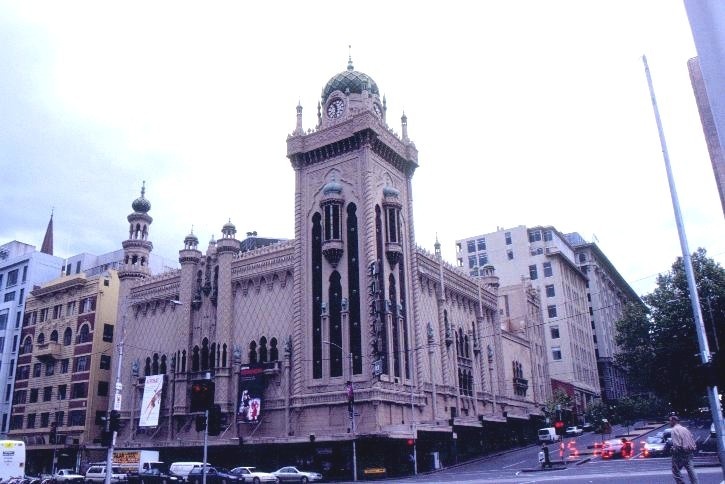 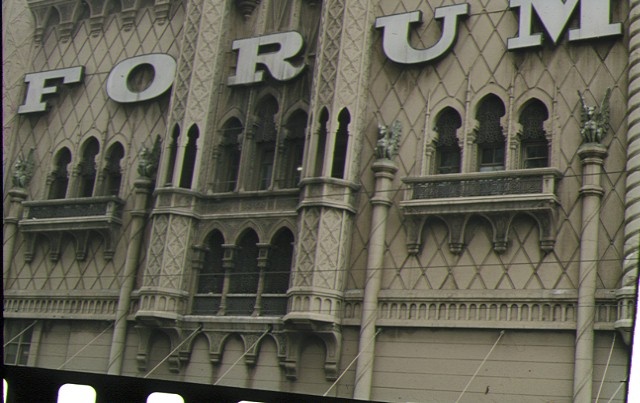 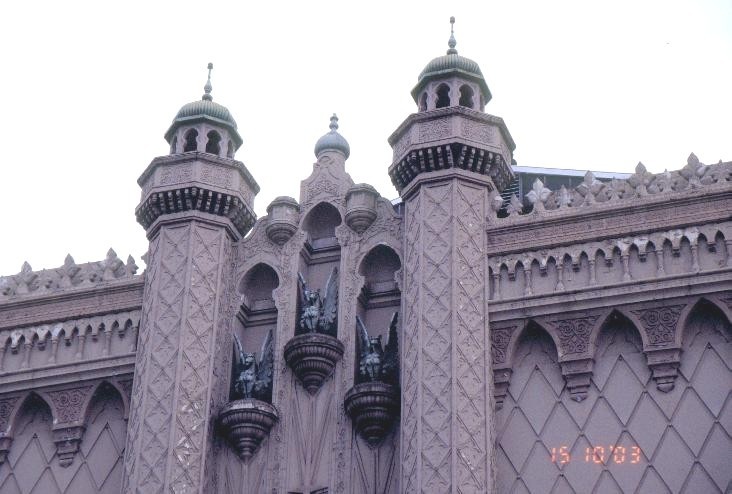 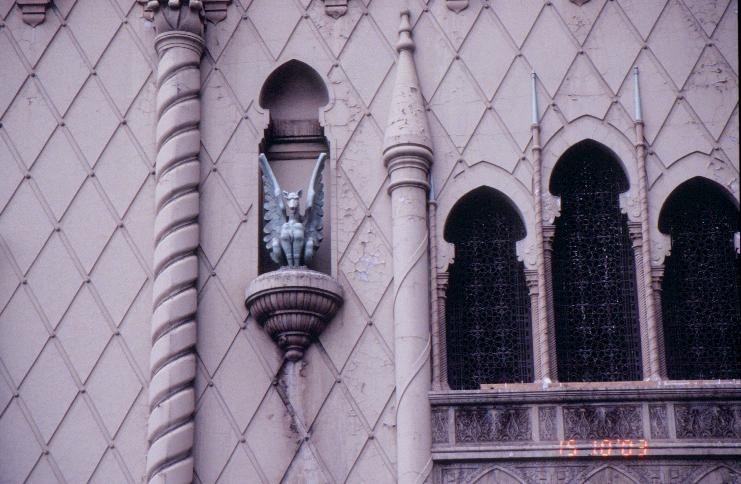 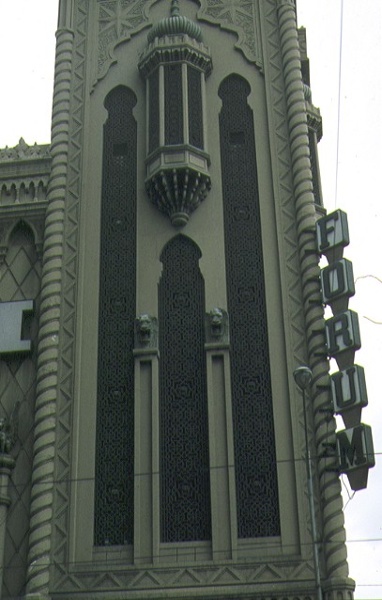 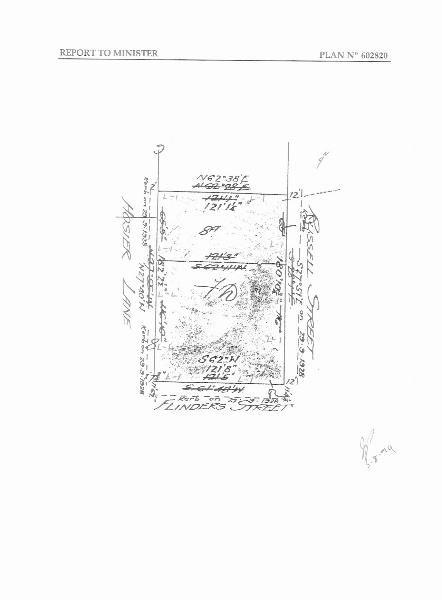 What is significant?
The Forum and Rapallo Cinemas, formerly the State Theatre, were designed by the American cinema architect John Eberson in association with the prominent Melbourne architects Bohringer, Taylor and Johnson in 1928. It was built at the climax of the boom years in cinema construction, and was operated by Union Theatres. It had the largest capacity of any cinema in the country with 3371 seats. Unlike most picture palaces, this form of cinema design attempted to create the illusion of an exotic walled garden in the auditorium, complete with appropriate statuary, a blue ceiling, twinkling stars and projected clouds. The interior incorporates elements of Italian medieval, Renaissance, Baroque and Spanish Mission styles combined with bold classical Roman and Renaissance architectural forms to create a lush, impossibly exotic atmosphere. Externally the building is a Moorish fantasy with a jewelled clock tower with a copper clad Saracenic dome, minarets and barley sugar columns and rich pressed cement decoration. Construction is steel frame and brick.

How is it significant?
The Forum and Rapallo Cinemas, formerly the State Theatre, is of architectural and historical significance to the State of Victoria.

The Forum and Rapallo Cinemas, formerly the State Theatre is architecturally significant to the State of Victoria for its influence in the development of the atmospheric style. It is the only remaining atmospheric cinema surviving in Victoria. Though the interior is modified, the visual and atmospheric impact of the design are still clearly discernible. The miniature plaster versions of well known Greco-Roman sculptures and bas relief wall panels combined with mock palace facades, villa facades and the liberal use of architectural structural elements set out under a blue sky as if in a fantasy garden, mark out the interior as one of the most unusual in the State.

The former State Theatre is of historically significant to the State of Victoria for demonstrating the extravagance and confidence of the 1920s boom. The entertainment provided at the cinema was a highly popular social and cultural activity in which thousands regularly participated. The enclosure of the balcony section in 1962 to create two separate cinemas, the Forum and the Rapallo, is important as the first example of such twinning in Australia, and demonstrates the start of the decline of the large film theatres.
Show more
Show less
All information on this page is maintained by Heritage Victoria. Click below for their website and contact details.