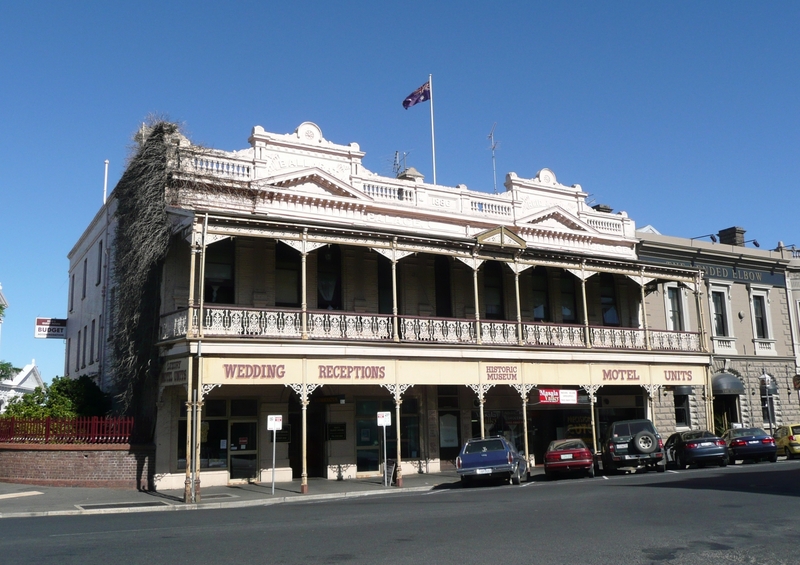 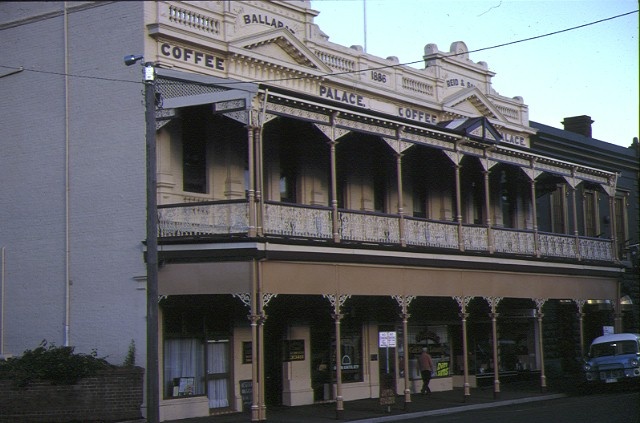 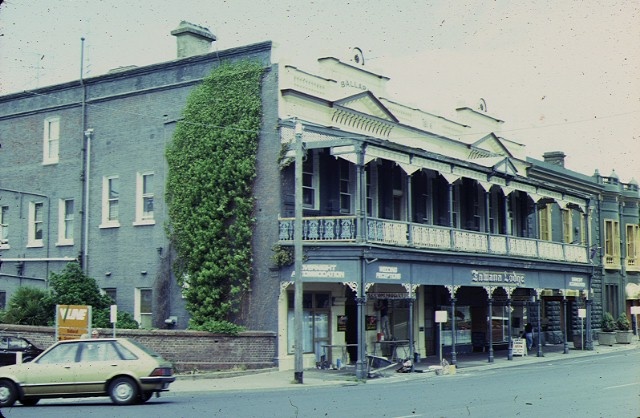 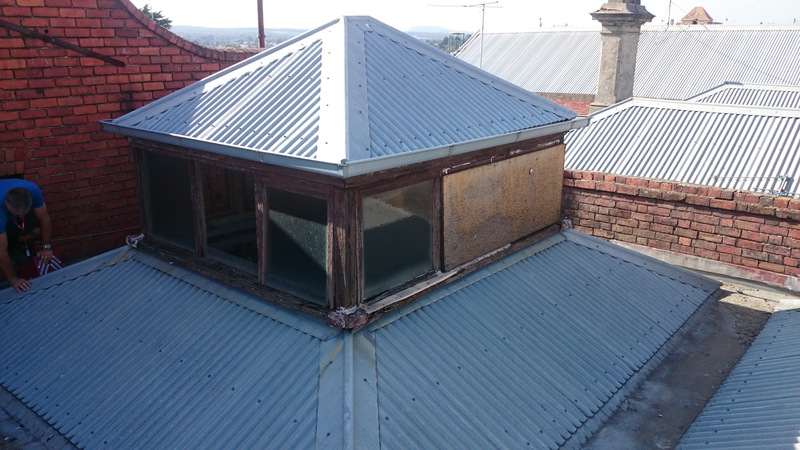 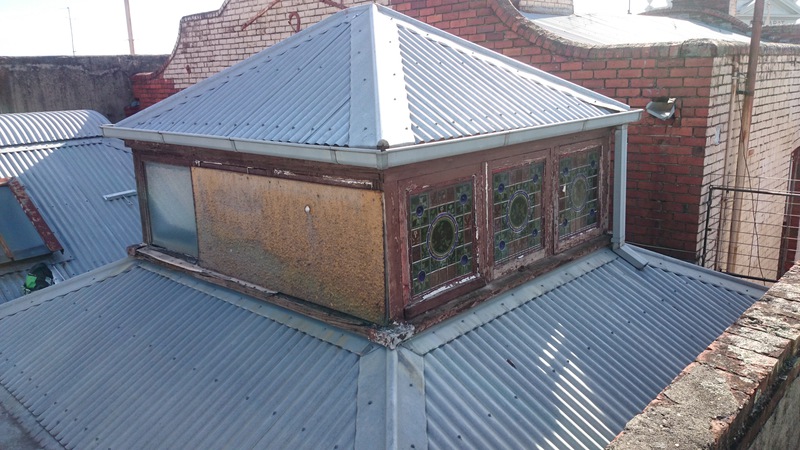 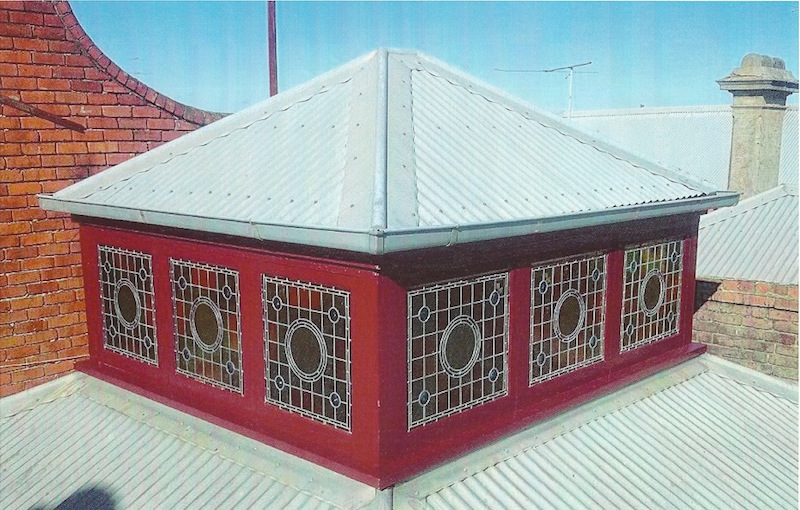 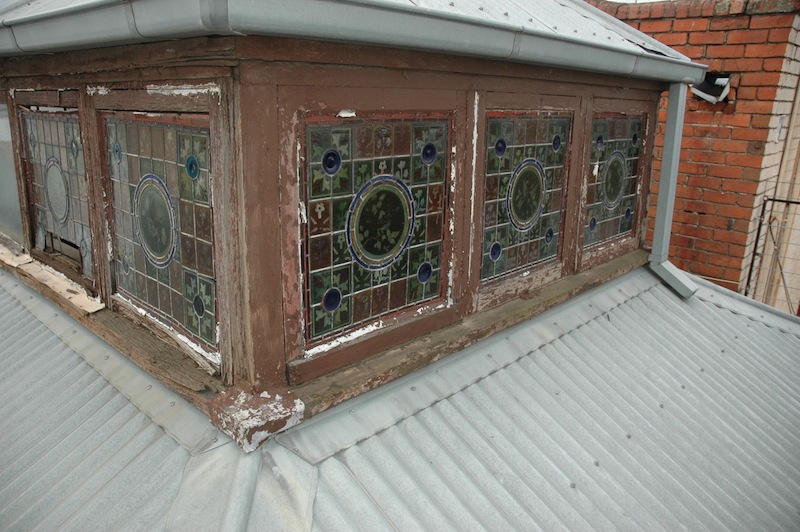 Reid's Coffee Palace was built for J Reid & Sons in two stages on the site
of Reid's New York Bakery. The first stage was designed by architects, Tappin
& Gilbert and was constructed by contractors Taylor & Ellis in 1886. The
extensions were undertaken by Tappin, Gilbert & Dennehy in 1888. The
verandah would appear to have been constructed about 10 years later.

The building remained very intact internally and externally until it was sold
in 1977 and although altered still remains as an important example of the
coffee palace era.

Externally the two stages are clearly evident with two bracketed pediments
surmounted by elaborate name plates and flanked by a balustraded parapet. The
Edwardian balcony verandah with central gablet, densely patterned frieze iron
and matching first floor triangular brackets is a major feature in the street
presentation of the building.

Internally the stairwell with its hand painted murals on the ceiling and wall
panels, its clearstory glazing and entrance arch is a particularly fine space.