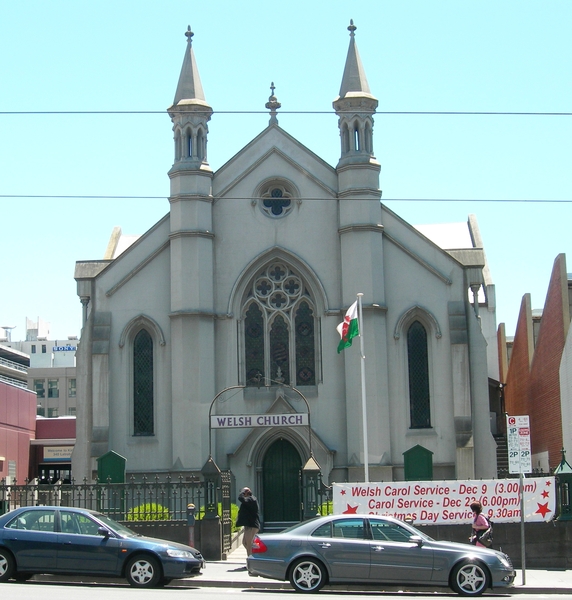 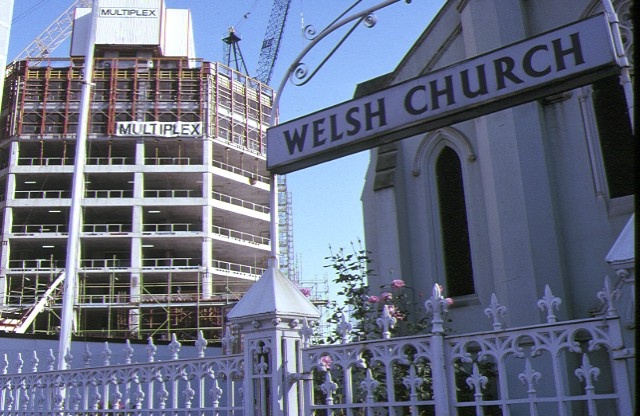 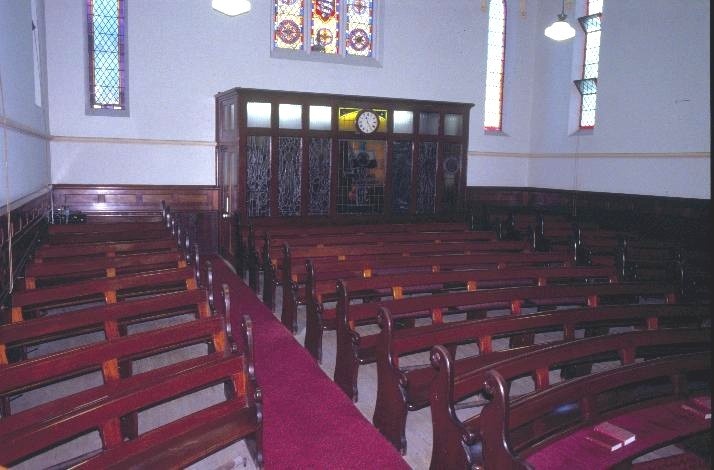 What is significant?
The Welsh Church, Melbourne, was built in 1871 to a Gothic Revival design by the notable architectural firm Crouch and Wilson, who were probably the favoured architects for Methodist churches in Victoria. The contractor was Mr Ireland. The church was constructed of rendered brick on an axed bluestone base, with shallow relief towers [two octagonal relief buttresses] with pointed openings below the spire. The pointed, stained-glass windows were designed by the Melbourne manufacturers Ferguson, Urie and Lyon. Notable interior elements include the arrangement of pews from a circular to a straight pattern, and a raked floor, which is characteristic of Nonconformist churches.

The tradition of Welsh Calvinist Methodism began in Wales in 1735, with the revival led by Howell Harris, which predated the English Methodism of John Wesley by three years. Although they adopted some of Wesley's teachings, and were initially established within the Established Church of England, the Welsh Calvinist Methodists declared their independence (as Nonconformists) in 1811 due to doctrinal differences. A community of Welsh Calvinist Methodists was formed in Melbourne in the early 1850s; the early Welsh population was made up largely of (male) gold miners. A number of Welsh Calvinist Methodist communities were established on the goldfields where Welsh churches were also established, notably in Ballarat, Sebastopol and Maldon. Welsh miners had gathered for worship at the Collins Street Baptist Church in December 1852 and from 1853 at the Common School in Collins Street, but in 1854 a site in La Trobe Street was granted by the government for the designated purpose of a Welsh Calvinist Methodist Church. A small chapel was built on this site in 1856, with the words 'Welsh Chapel' written in gilt letters above the door. The Welsh language was an important element of church services, as was music and singing. Services were delivered in both Welsh and English.

The early churches built by the Welsh Calvinist Methodists, like the other Methodist (and Nonconformist) denominations, were relatively simple and unadorned. The Welsh Church in La Trobe Street, Melbourne, described in 1871 as a neat, unpretentious building, has nevertheless embraced a modest degree of gothic ornamentation that is characteristic of the Victorian era in which it was built.

St David's Hall, which comprises a hall and classrooms, occupies a site behind the church. Built partly using unemployed labourers, this opened in 1893 for use as a meeting room and for children's Sunday School lessons. It was designed by architect S.W.L. Powell and the building contractor was John Jones. St David's Hall was also connected with the development of a teaching hospital run by women for women and children. Pioneering woman doctor Dr Constance Stone, whose husband was a minister at the Welsh Church, commenced the campaign for the hospital in this hall in 1896.

How is it significant?
The Welsh Church and Hall, Melbourne, are of architectural and historical significance to the State of Victoria.

Why is it significant?
The Welsh Church, Melbourne, is of architectural significance as a fine example of the work of the architectural practice Crouch and Wilson. It is a notable example of Gothic Revival design, with elements including the octagonal relief buttresses and lancet windows. The Welsh Church is also significant for its stained-glass windows which were designed by the notable stained-glass window manufacturers, Ferguson, Urie and Lyon.

The Welsh Church and Hall, Melbourne, are of historical significance because of their long and important and association with Welsh cultural and religious traditions in Melbourne and Victoria. The site has been associated with the Welsh community in Melbourne since 1854, and continues to be used for this purpose. The church is probably the best example of only a few surviving Welsh churches that were established in Victoria in the mid-nineteenth century, following the arrival of large numbers of gold-rush immigrants from Wales. It is one of the few churches in Australia where services continue to be given in the Welsh language. It is historically and architecturally significant for its arrangement of pews and the raked floor, which expresses the democratic values espoused by the Nonconformist churches.