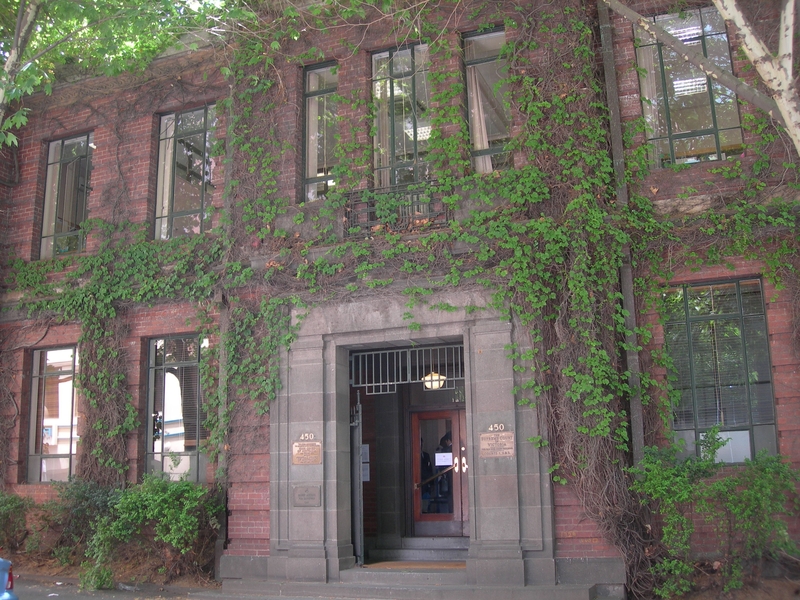 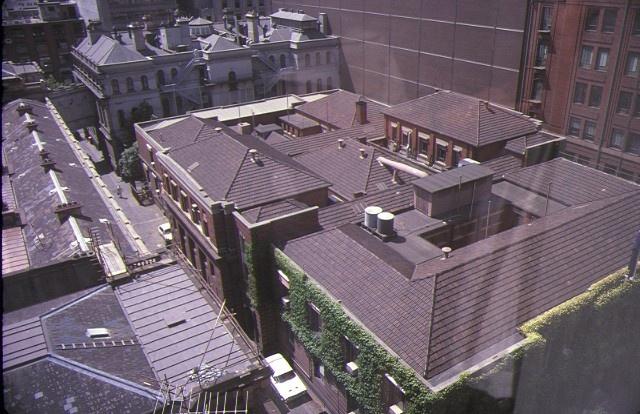 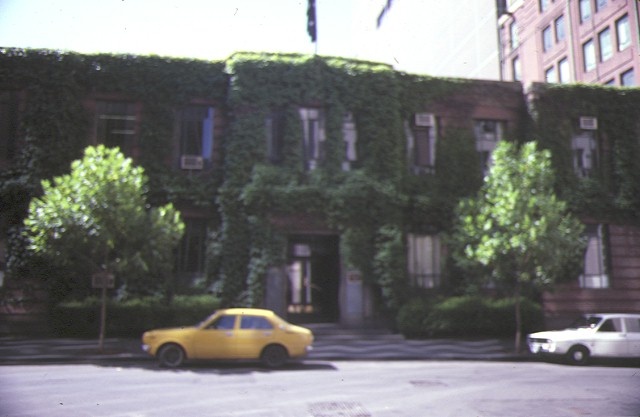 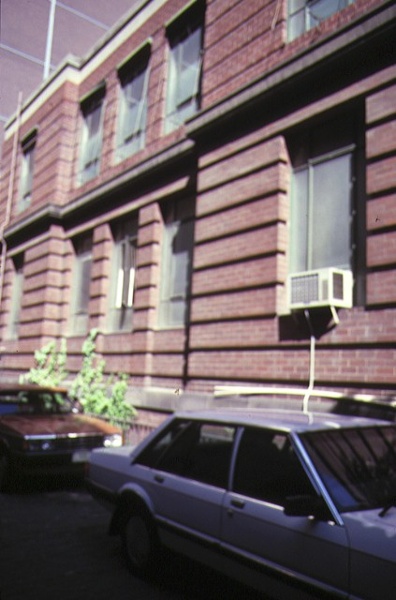 The Federal Court of Australia, originally the High Court, was built in 1926 to a stripped Classical design by Chief Commonwealth Architect, JS Murdoch. Murdoch's building was a single storey structure with rusticated red brick walls on coursed basalt blockwork, housing three court rooms. It featured a dressed basalt surround to the central projecting entrance porch and flat parapets resembling those on the old Parliament House in Canberra. The Court was extended in 1935 by HJ MacKennal, chief architect for the Victorian Branch of the Commonwealth Works Department, with the addition of an upper storey in the same materials and style. These extensions were undertaken to house the High Court and minor Federal judicial bodies such as the Patents Office, the Office of the Receiver under the Federal Bankruptcy Act and the Melbourne offices of he Federal Crown Solicitor. In 1946 a rear first floor addition was made to the Library. Further additions were made in 1991-92, and restoration work was carried out.

The Federal Court of Australia is of historical and architectural significance to the State of Victoria.

The Federal Court of Australia is of historical significance for its associations with the highest levels of Australian legal administration over a lengthy period, and as a reminder of Melbourne's dominance of federal politics before the development of Canberra. The building was originally designed as the High Court of Australia. Melbourne was the nation's capital from Federation in 1901 until 1927, but a new High Court was only opened in Canberra in 1980. Until then this building, and others in the other State capitals, continued to be used for sittings of the High Court. In 1977, the building became the Melbourne premises of the Federal Court, being used solely for this purpose after the opening of the High Court in Canberra. Since it began as the High Court of Australia, and continuing during its Federal Court incarnation, many important legal cases have been determined in the building, including ones dealing with uniform taxation legislation and the Banking Acts of 1945; the Melbourne Corporation Case (1946), which reinterpreted the role of the Federal and State Governments; the Menzies effort to ban the Communist Party (1951); and the Boilermakers' Case which held that the Commonwealth Court of Conciliation and Arbitration could not exercise judicial and arbitral functions. This case resulted in the creation of the Commonwealth (later Australian) Conciliation and Arbitration Commission to exercise the arbitral functions and the Commonwealth (later Australian) Industrial Court to exercise the judicial functions in the industrial field.

The Federal Court of Australia is of architectural significance as an excellent example of the inter-war Stripped Classical style which characterised many Commonwealth buildings of the time, and as an early work of the fledgling Commonwealth Department of Works and its first chief architect, JS Murdoch. Stripped Classical became virtually the standard Commonwealth Government style in the inter-war years and is particularly evident in the public buildings of Canberra, such as the Old Parliament House (1927), also designed by Murdoch. The style is a simplified version of classicism, with vestigial Classical columns and entablature, but with minimal ornament and a strong horizontal emphasis. Its dignified conservatism was thought appropriate for major public buildings, while the reduction of ornamentation reflected modernism's rejection of unnecessary decoration, and gave the buildings a contemporary, even progressive, flavour. Murdoch was a major figure in the development of Canberra, being a judge of the competition to design the city and responsible for many of the capital's buildings himself. He was also responsible for a number of public buildings throughout Australia.